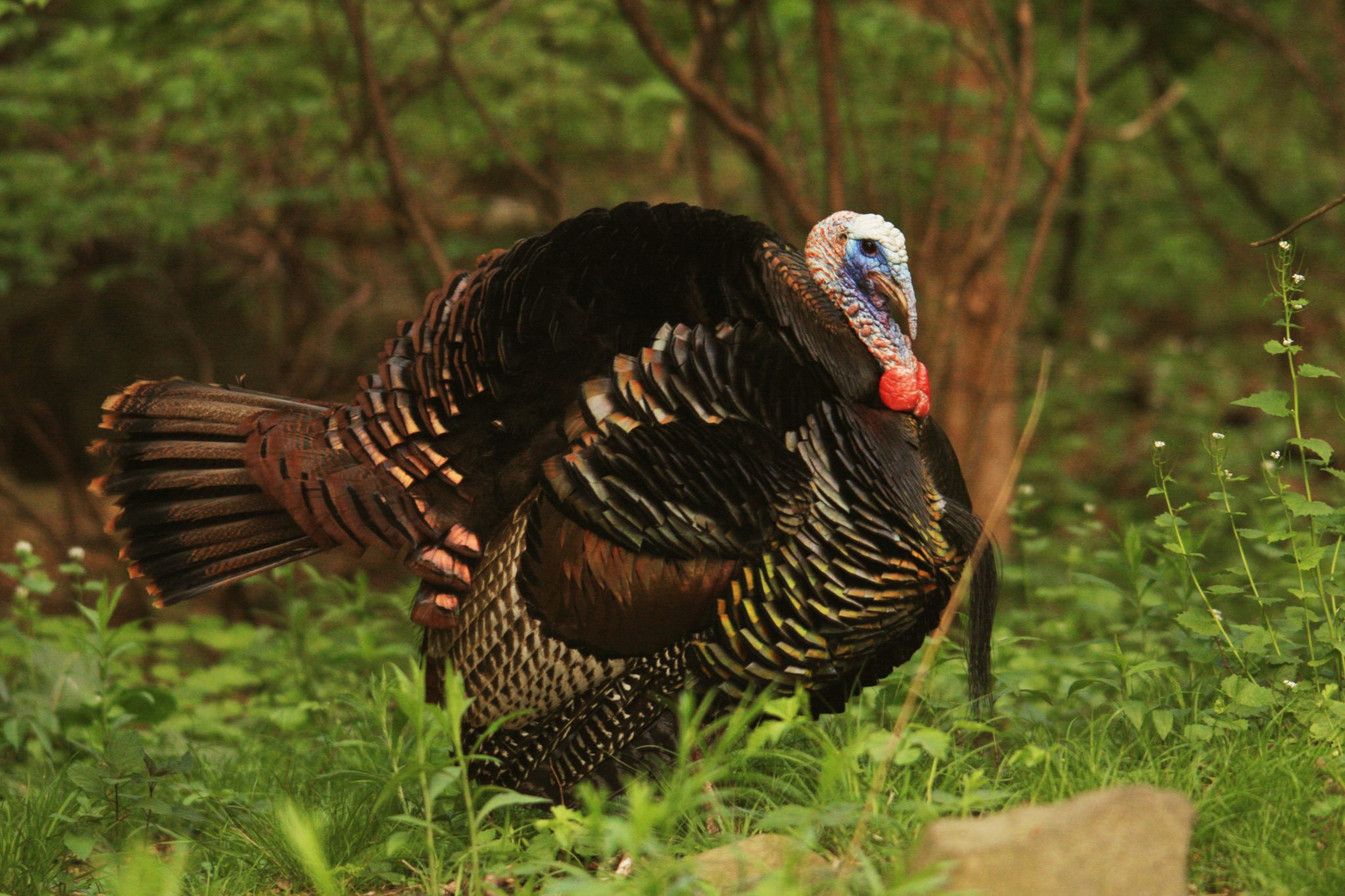 In the fall of 1621, the Pilgrims and Wampanoag Indians held a three-day harvest feast at Plymouth Plantation in Massachusetts. This is usually called the first American Thanksgiving, and it sounds delicious.

Here is what they feasted on, according to Epicurious. The table was “loaded with native fruits” and vegetables and a huge variety of nuts. These included plums, melons, grapes, cranberries, leeks, onions, beans, artichokes, and squash. Some “English crops” may have made the trip over the ocean and up through the soil as well, including cabbage, carrots, parsley, sage, thyme, and rosemary.

For the main dishes, the Wampanoag brought five deer with them, and the Pilgrims very likely contributed fish and shellfish. Fowl was on the menu, but it was likely mostly waterfowl: ducks and geese. What about turkey? Maybe, but “there is no concrete way to know if they had any roast turkey that day,” Epicurious explains.

How is that possible? Thanksgiving simply is Turkey Day now. The annual demand for the bird has led to a genetic arms race that resulted in domesticated meat monsters so large they can’t reproduce on their own. The president pardons a turkey every year. It often collapses under its own weight before the next Thanksgiving comes around.

And the meat that they exist to serve up to us is awful. The smell is not great, and the way turkeys are usually prepared in the oven makes for very dry eating. Even if it is handled expertly and the meat is juicy, it’s still boring. Turkey is an exceptionally bland bird. It has even less flavor than chicken, thus necessitating the gravy, the stuffing, and all the other trimmings that we eat along with it to pretend that this turkey is doing something for us.

Is there a way out of this fowl mess? I personally am a turkey abolitionist. There are plenty of other things that we can eat together at Thanksgiving without pretending we all like this smelly, boring bird. But if you have your heart set on turkey for Thanksgiving, for whatever misguided reason, here are three ways to make it better:

In fact, I may go do that now. Article over. Happy Thanksgiving. May your turkey be flavorful for once, with hints of chocolate.

Jeremy Lott was Turkey Lurkey in a first-grade play.