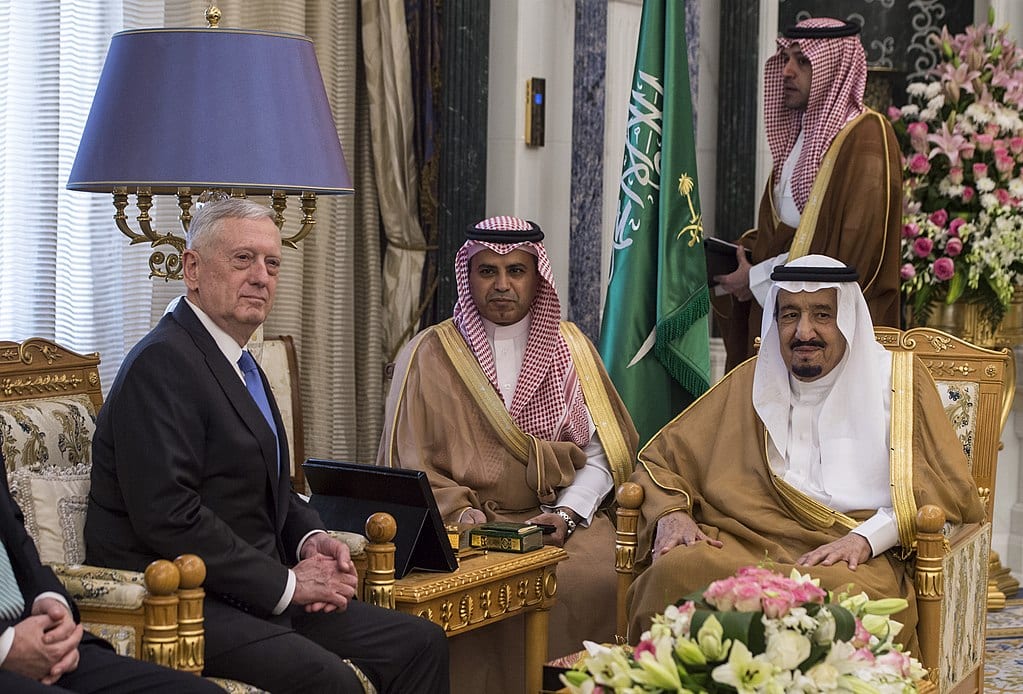 Sir Winston Churchill once quipped that, “Americans will always do the right thing, only after they have tried everything else.” Unfortunately, in the Middle East, doing the right thing is often the wrong thing to do for the national interest. Since 1945, the United States has vacillated between propping up savage dictatorships in the region (in order to ensure the flow of oil and to prevent the spread of Communism in the Cold War) to targeting such dictatorships for destruction.

The reason the Mideast has preoccupied policymakers in Washington is due to the presence of oil in the region. What’s more, the fact that the Middle East serves as the connective tissue linking Europe to Asia, as well as the fact that much of the world’s seaborne trade passes through waterways throughout the region (such as the Strait of Hormuz and Suez Canal).

Following 9/11, the Bush Administration assumed that the best course of action was not only to hunt down the stateless al Qaeda terror networks responsible for that reprehensible attack, but to also end “states who sponsor terrorism.” The Bush Administration also embraced the dubious concepts of regime change through preemptive military strikes (in actuality, the Bush team waged a potentially illegal preventive war) in places like Iraq.

Once in Iraq, former President George W. Bush was quick to announce his “Freedom Agenda,” which sought to topple autocratic regimes in the Middle East and replace them with democracies. According to the theory, removing unpopular (often U.S.-backed) autocracies with nascent democracies would make the Mideast more amenable to the United States. This program, according to the neoconservatives, would also reduce the threat of terrorism. The neoconservatives believed that al Qaeda and similar terrorist groups were able to gain support because of the tyrannical forms of rule that most Muslims in the Middle East were subjected to.

Unfortunately, the Bush Administration chose to make Iraq the focal point of its democratization campaign for the Middle East. There was little evidence suggesting that Saddam Hussein was supporting al Qaeda. More importantly, Iraq was a natural balancer against radical Iran. Once Saddam Hussein’s regime was removed and replaced with a far weaker government, the Iranians were loosed from their containment, thereby destabilizing the entire region.

Unlike the preceding decades in which the United States often took the path of least resistance — supporting secular autocrats over their more radical, more popular political opponents — the United States adhered to the amorphous concepts of “humanitarian warfare” in Iraq and Afghanistan.

Later, the Obama Administration supported the overthrow of Libyan dictator Muammar Gaddafi as well as the rise of the violent Muslim Brotherhood (albeit temporarily) in Egypt…all in the name of supporting democracy; all to do “the right thing” (even to America’s detriment). Washington spent 20 years trying to do “the right thing” in the Middle East and, across the board, American actions have made the situation even worse.

Today, the United States is faced with a potentially-nuclear-armed Iran that has spread itself far beyond its borders. Iran threatens America’s allies in Israel and the Sunni Arab states, as well as seeks undue control over the region’s vital oil and natural gas sources. What’s more, Iran’s ruling elite are intoxicated by a noxious mix of anti-Americanism, anti-Semitism, and radical Shiite orthodoxy.

The Real Axis of Evil

The real “axis of evil” should have consisted of Saudi Arabia, Pakistan, and Iran. Yet, the United States ignored this fact. The reason was simple: Washington needed Saudi Arabia to remain a partner because of its oil. Further, the United States required a stable and relatively pliant nuclear-armed Pakistan for assistance in the Global War on Terror and to prevent a nuclear conflict with neighboring India.

While it would have made some sense to go after both Saudi Arabia and Pakistan hard following the catastrophic 9/11 attacks, no such moves were made. Now, after the disastrous showing in both Afghanistan and Iraq, the United States is forced to rely more heavily on the Sunni Arab states (such as Saudi Arabia) to balance against a growing Iran.

President Donald Trump was the first American leader to realize how disastrous the 20-year-long mission to “democratize” the Middle East has been for the United States (and the world). Instead, the Trump Administration has rightly opted to take the path of least resistance, as its Cold War predecessors often did. President Trump is building an anti-Iran alliance consisting of Israel and the Sunni Arab states. Washington has returned to its Cold War-era foreign policy of supporting autocratic regimes in the region in order to buttress against an even more frightening form of radicalism.

Thanks to the Trump Mideast policy, Israel and the Sunni Arab states are now moving closer together as they are increasingly threatened by Iran. Last year, President Trump presided over one of the largest arms sales to Saudi Arabia in history. And, the United States is buttressing Saudi Arabia’s efforts to roll back Iran’s influence in Yemen. All of these are good things that will contribute to the securing of U.S. interests in the region.

Do We Lose Little or Lose Big?

Naturally, just as things seem to be going well for the United States in the Mideast, the reality of Mideast politics hits American policymakers hard. Recently, a Washington Post contributor, Jamal Khashoggi, is believed to have been gruesomely murdered after he entered the Saudi embassy in Istanbul, Turkey. Now, American leaders are calling for an embargo of arms sales and foreign aid to Saudi Arabia until their behavior changes. I understand the desire to seek justice on Khashoggi’s behalf. But, punishing Saudi Arabia in this case will do nothing more than harm America’s already-tenuous ability to roll back the Iranians. Trying to socially reengineer Saudi foreign policy will be as idiotic as trying to turn Iraq into Idaho — especially at a time when Washington needs Riyadh.

Unfortunately, we are not dealing with nice people in the Middle East. Washington policymakers need to stop thinking such leaders exist there. Saudi Arabia and other Sunni Arab states are essential in the American mission to isolate Iran. Either the United States is serious about rolling back Iran or it’s not. And, if Washington no longer believes returning Iran back to its containment is the best course, then overriding the terrible Iran deal was a catastrophic mistake on the part of the Trump Administration.

Washington must stop trying to be the world’s moral dictatress; American leaders must understand that one of the most amazing aspects of the United States is its sense of justice and fairness. Yet, what makes the American sense of justice so amazing is that it is unique in the world.

American leaders are learning that which other great powers have learned about the Mideast throughout history: there are no good options there. Dealing in that region is a lose-lose proposition.

Do American leaders want to lose little or lose big? Anything that empowers Iran is a big loss for the United States. Now is not the time to turn on Saudi Arabia.