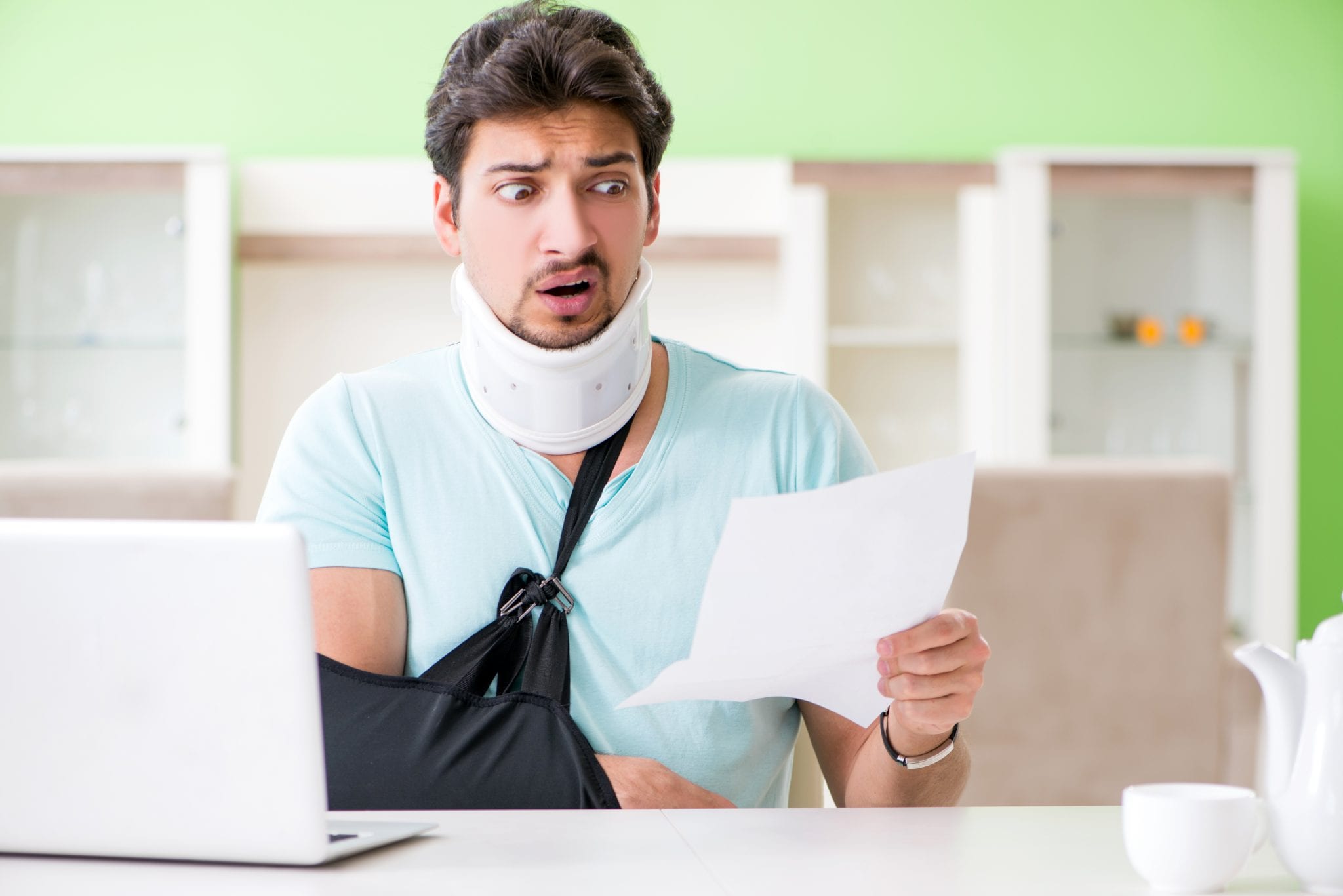 Trump Derangement Syndrome is real. Its symptoms include emotional instability, delusional behavior, and foaming at the mouth. While it’s easy to diagnose, it’s hard to treat and — unfortunately — its treatment is currently covered by no major health-care providers.

One current sufferer is Loren Adler, associate director of the USC-Brookings Schaeffer Initiative for Health Policy. He’s one of Twitter’s many ankle-biting bottom feeders who try to make a name for themselves as outspoken critics! of the president. (Granted, the fact that I’m taking the time to push back on him means he’s been at least a little successful).

The windmill he particularly likes to tilt against the president is health-care policy. His accusations include “absurdist” lies on pre-existing conditions, trying to intentionally blow up the Obamacare markets, and “slowly eroding” Medicare.

The great irony is that while Adler attacks President Trump directly, and Republicans writ large, over health-care access issues, he himself has become a champion of one policy almost guaranteed to restrict access.

The policy in question is the innocuously named Lower Health Care Costs Act, which would set price controls on health-care providers based on a rework of in-network guidelines. The bill would ban balance billing for hospital-based providers and then determine that patients only need pay their in-network cost-sharing even when they are out of network. Because it bans doctors’ and hospitals’ ability to bill for their services to out-of-network patients, the act would compensate them through price-fixing at a formula using the “median in-network rate” based on geography.

When the government enforces price controls, life doesn’t just magically become perfect. With mandated prices for out-of-network reimbursement, in-network plans have no reason to renew contracts with a negotiated price above that out-of-network price. The median would drop every year as more lucrative contracts are canceled or not renewed, pushing even lower benchmarks.

The LHCC Act mistakenly treats the good guys of the health-care industry — doctors and other healers — as the villains. Half of doctors in a recent poll said they want to quit because of Obamacare, and this might finally push them over the cliff.

Could someone explain how forcing doctors out of business will increase access?

The party that will do best under LHCC is the same one raking in record profits under Obamacare: insurance. With price controls, insurance companies can stiff doctors and hospitals, providing a potential windfall of the insurance industry. As premiums have skyrocketed, the largest insurers in the country have enjoyed enormous growth. For example, United Health Group enjoyed $10.6 billion in profits in 2017 and an earnings growth of 56 percent.

The act is sponsored by both Senate Health, Education, Labors & Pensions (HELP) Committee Chairman Lamar Alexander (R-Tenn.) and its Ranking Member Patty Murray (D-Wash.), so that makes its chances of passing disturbingly good. It’s so disreputable it was evangelized in the pages of Vox in a piece that quoted our friend Mr. Adler.

But there is a competing bill currently in Congress, one that would actually provide better solutions for lowering health-care costs: the Stopping The Outrageous Practice of Surprise Medical Bills Act, which would create a consensus policy solution to “surprise billing” — when patients receive a bill from an out-of-network physician even when they’re at an in-network facility.

Proposed by Sen. Bill Cassidy (R-La.) and Maggie Hassan (D-N.H.), the plan would combine network matching, rate benchmarking, and arbitration to protect patients without disrupting necessary aspects of our health-care delivery system. It would combine an interim payment to out-of-network physician practices, followed by independent dispute resolution (IDR) among practices and health plans when disputes arise.

This bill would create a balance that the LHCC Act and other measures would not, while also lowering costs to the whole system. Both bills hold the patient harmless where surprise medical billing is concerned — which is certainly a good thing — but Cassidy’s bill helps keep the market alive by creating an equal playing field in contract negotiations between plans and providers, whereas Alexander’s gives all of the market power to the insurance companies.

It’s really bizarre to see proponents of plans that would help insurance companies even more attacking the president on health care. But Trump Derangement Syndrome is real. And people like Mr. Adler are suffering greatly. My prescription is to take two “20s” and call me on Election Day.