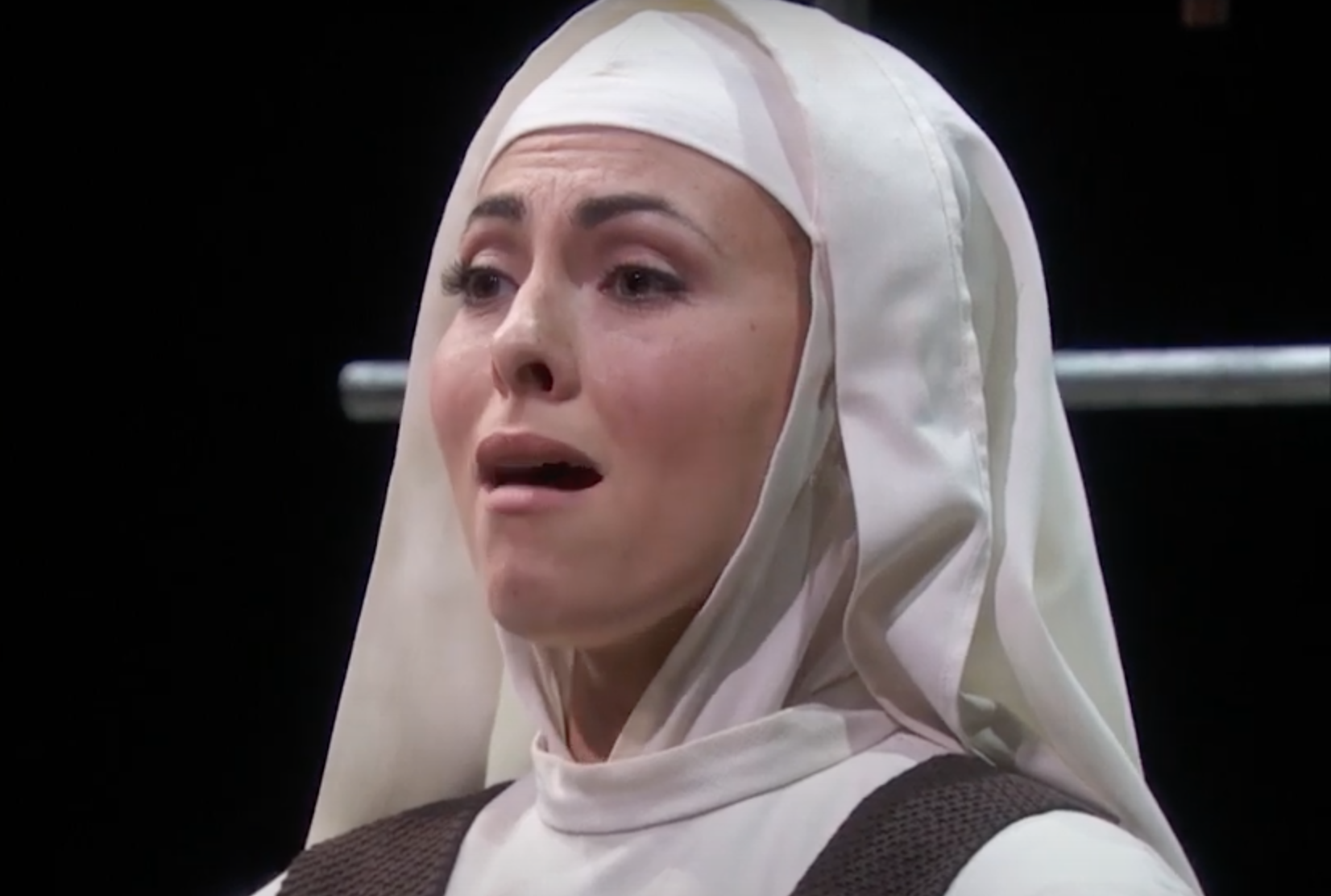 Crowds have been flocking to the Metropolitan Opera to take in a heart-wrenching tale of religious persecution that continues into the next two weekends.

Dialogues des Carmélites is one of the most well-respected operas of the 20th century. By opera standards, it is recent, though it deals with a tragedy of the 18th century. Written in 1957 by a fascinating composer, Francis Poulenc, it tells the true story of the martyrdom of an order of Carmelite nuns at the dawn of the French Revolution. It is an opera filled with suspense, which is conveyed from the beginning by conversations between the sisters that immediately instill fear in the audience. That first act has an unmistakably dark feeling that leaves a looming, reoccurring theme of fearing death.

Poulenc tells the story of the wealthy Blanche de la Force, a timid yet devout woman who desires to join the Carmelite nuns. Soon after she joins the convent, Blanche is traumatized by the mother superior’s chilling death. Rather than putting any sort of conclusion to the fear that starts the opera, it only deepens its growth.

As the sisters slowly grieve the death of their mother, the political situation is worsening outside their doors, given the encroaching militantly anti-Christian forces of the French Revolution. The nuns are urged to leave the convent, stripped of their habits, and eventually brought to prison. It is not difficult to imagine how the story ends: with the guillotine. The way that moment is represented, however, is spiritually powerful.

As each sister is guillotined, one by one, they sing a prayer of hopeful lamentation: Salve Regina. The words stab at the hearts of all: “to Thee do we send up our sighs, mourning and weeping in this valley of tears.” The final hymn, sung by Blanche, is Veni Creator Spiritus, the prayer that is typically used when a religious person takes his or her vows.

While the story itself is deeply impactful, Poulenc’s musical construction opens up an entirely new world of analysis. The majority of the opera is written in Poulenc’s notable style, which reflects the creativity of 20th-century Paris. Poulenc himself lived from 1899 to 1963 and led a somewhat contradictory life. He was known to be intensely devoted to Catholicism while simultaneously dedicated to the secular world. His earlier works, which are commonly chosen to exhibit his style, are much more youthful. However, later in life, he wrote more religious works, such as his Stabat Mater, and of course, Dialogues des Carmélites. The opera features his own musical arrangements of commonly used Catholic prayers.

Dialogues of the Carmelites is written with the modern sounds of stirring harmonies and a variety of instruments. Though the setting itself is the 18th century, the music is not. Rather than using the dramatic aria style of one such as Puccini, Poulenc writes mostly in a recitative style; the musical lines are matched with the natural flow of the words of the singers. The orchestra is playing in order to accompany the dialogue.

The moments when Poulenc breaks this pattern are some of the most memorable. Not too long after the mother superior dies, Poulenc breaks the sisters out of their everyday dialogue and stops the orchestra. Suddenly, the onlooker is taken out of the auditorium and into the Divine as the sisters look to heaven and sing an a cappella Ave Maria.

These are intense moments during the performance. Though the sisters’ conversations to one another are sung, each time they speak to God, the entire ambiance is changed. Here, Poulenc is revealing a deeper truth than most would realize: prayer is larger than life itself. Even though it is a small prayer, said infinite times a day around the world, the effect is much greater.

As you can see, the work is illuminated with the Catholic faith. From the beginning of the plot, the nuns’ intense devotion and suffering are prominent. Blanche, when joining the convent, admires the mother superior for her level of detachment. She requests for her religious name to be “Sister Blanche of the Agony of Christ.” Poulenc understands this agony in depth. After Blanche joins the convent, he takes her timidness and troubles her with endless torment until her impending death.

Dialogues of the Carmelites has remained in the repertoire now for several decades as one of the most compelling tragedies. A story of extreme devotion, sorrow, and honor, both those who are religious and nonreligious have become encompassed with this musical storytelling.

Only a few more performances of Dialogues of the Carmelites remain in the Met Opera’s season, with the last show set for January 28. Ailyn Pérez stars as Blanche de la Force, bringing compelling emotional depth into her vocal storytelling. The French soprano Sabine Devieihle comes to her very first Met debut as the youthful novice Constance. The production also highlights other wonderful singers, such as Christine Goerke, Jamie Barton, and Alice Coote. As conductor, Bertrand de Billy brings a heartfelt musical interpretation to the Metropolitan Opera Orchestra. All are worthy of the story they convey.

It is a performance you don’t want to miss.

Amanda Grace is a classical harpist based in New York. She has performed in Carnegie Hall, Alice Tully Hall in Lincoln Center, and Heinz Hall in Pittsburgh. She is a guest contributor to The American Spectator.