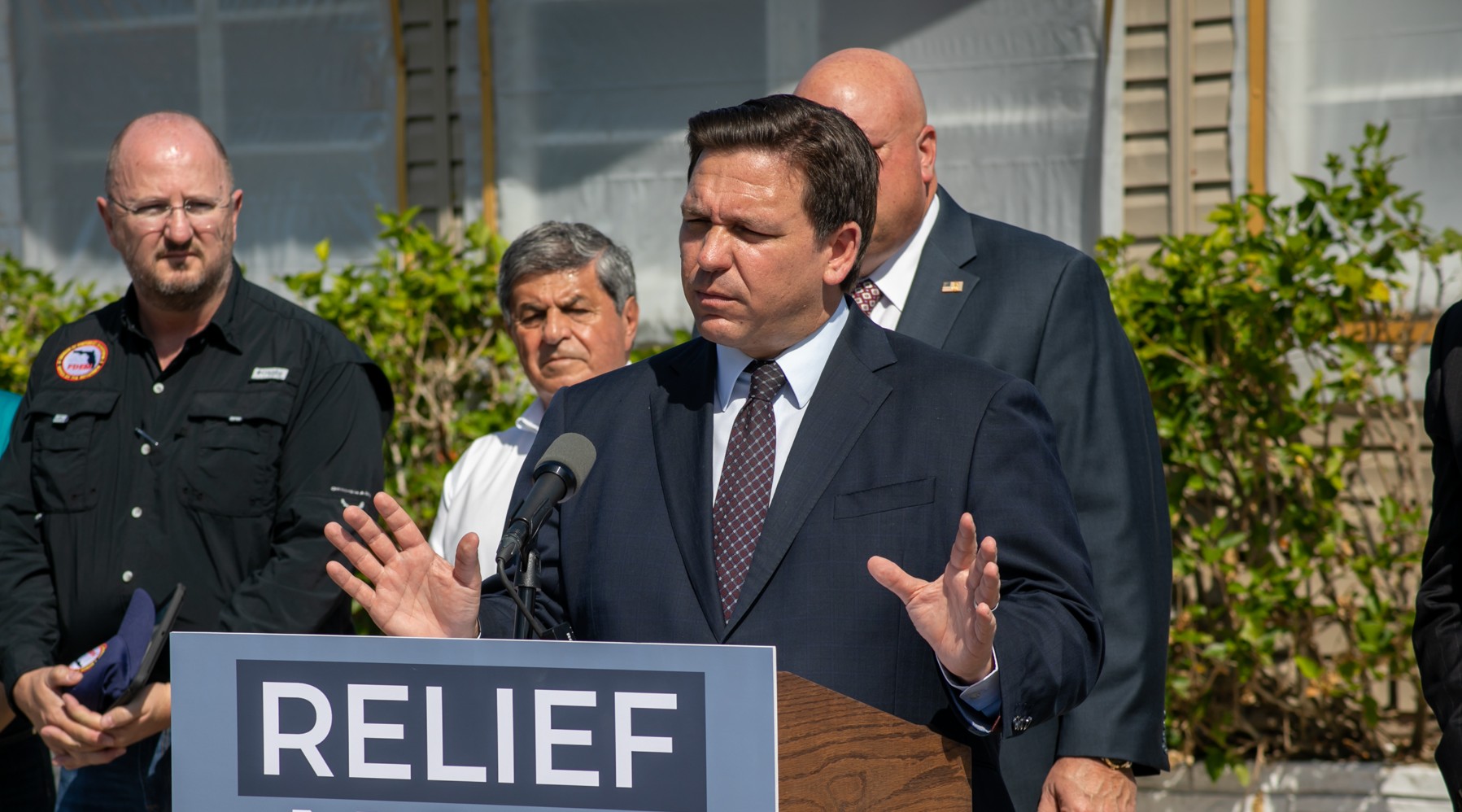 Timing is everything in politics. There is a virtual graveyard of political figures who either peaked too early or entered races too late. In another time and place, the outcome for these candidates may have been different.

The midterms left no doubt in observers’ minds that Gov. Ron DeSantis is now a shining star. He is a star not just among Republicans, but among all politicians. Even Democrats gaze with envy at the political successes — and 19-percentage-point victory margin — of Ron DeSantis. But stardom like this is rarely enduring, and DeSantis should run for president in 2024 while his star remains bright — even if that means primarying Trump.

Donald Trump’s star has assuredly faded. It’s not just the distractions of endless scandals, the Jan. 6 hearings, and the Mar-a-Lago raid that have diminished his potential as a candidate who could win in 2024. Now, it’s actual performance — the only thing that matters. Over the past year, Trump has expended tremendous political capital. He endorsed over 300 candidates, held 30 rallies, and raised tens of millions of dollars. But the results were largely a bust. Trump’s lackluster midterm performance is a harbinger of what would happen if he were the nominee in 2024.

Doubts about Trump’s 2024 general election electability have been quietly brewing for months in the backrooms where political elites gather for whiskey and cigars. Yet, up until now, Republicans have been hesitant to turn against Trump. Like kids afraid of a schoolyard bully, no one wanted to be a target of Trump’s vengeful wrath or earn themselves a new nickname. But last Tuesday changed that. A full-fledged coup of sorts may now be taking place in the Republican Party.

DeSantis’ 19-percentage-point margin of victory was a feat considering that Florida has long been a swing state and has a nearly even number of registered Democrats and Republicans. For a win of this epic magnitude, DeSantis had to garner the support of independents and people who traditionally don’t vote for Republicans, such as minorities and educated elites. The governor even flipped solidly blue Miami-Dade County. This is precisely what Republicans need in 2024.

Electing Trump in the 2024 primary will yield disastrous results in the general election. He cannot win the votes of non-MAGA voters, which will be essential to winning the general election, in the way that Ron DeSantis can. We saw this happen in many 2022 races, such as in Maryland, where Trump-endorsed Dan Cox practically handed the governorship back over to the Democrats because of his inability to attract unaffiliated voters and non-Trump Republicans. We must win the war, not the battle.

Some argue that DeSantis should wait and that primarying Trump would be political suicide. Yes — it would be a bloodbath for sure. Trump also has a cult-like following that DeSantis would need to break. But, ultimately, I believe DeSantis would prevail. Moreover, a more battle-hardened DeSantis would emerge on the other side of the fight. One that would undoubtedly be ready for the ultimate job.

If DeSantis chooses to wait it out and run in 2028, he risks joining the graveyard of political stars who missed their time. By 2028, his successful COVID policies will be old history, he will have lost the bully pulpit of his governorship, and there is the risk of new rising stars and more challenging Democratic opponents.

Trump has too much baggage, he is losing supporters, and even if he wins the primary, he will lose the 2024 general election. Voters will vote against Trump in another referendum, as they did in 2020 and in 2022 by proxy. Conversely, DeSantis is a popular, effective, and fearless executive with demonstrated success. He has Trump-like policies without the drama and can appeal to a wider electorate. When DeSantis gets votes, it’s not a referendum on his opponent. It’s an affirmation of his strong leadership skills and commonsense policies.

DeSantis is the only Republican who could run against Trump and win. Ron DeSantis is not just what the Republican Party needs right now — he’s what America needs. His time is now.

Aaron Poynton previously served on Ron DeSantis’ national leadership team and finance committee and was the chairman of the veterans’ coalition. Aaron has a doctorate in public administration and holds advanced degrees in business and law, studying at Duke, Harvard, and LSE. He is the CEO of Omnipoynt Solutions, a business development and strategy consulting firm.