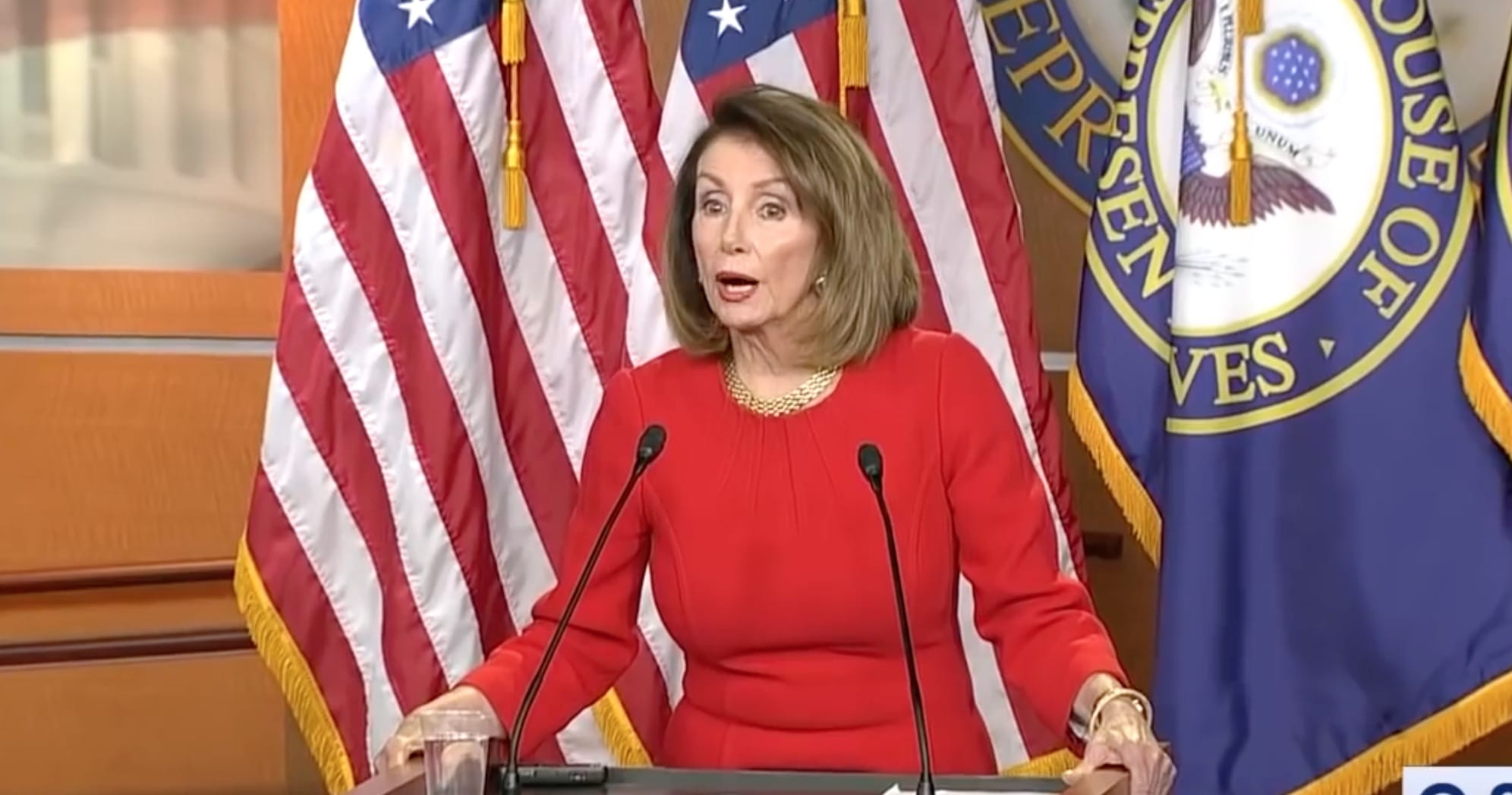 House Democrats are demanding the Internal Revenue Service hand over President Trump’s tax returns. Not that Speaker Nancy Pelosi or other Dems making the demand are willing to disclose their tax filings. Fat chance. Not in the House of Hypocrites.

White House staff and the president’s lawyers are making it crystal clear that Trump’s returns will not be surrendered to House Dems. No law requires officeholders or candidates to reveal their tax filings, and the IRS is legally obligated to protect that privacy. There’s an exception. Congress’s tax-writing committees can inspect any individual filer’s return. But only for the right reason. The Supreme Court has ruled legislators can demand information only when they are pursuing “a legitimate task of the Congress.” A political hit job against the president doesn’t qualify.

During the 2016 election, Democrats did everything they could to tax-shame Trump. It’s part of the Democratic Party’s class warfare tool kit. Demonize high earners who use legal opportunities to lower their taxes. Trump wisely resisted, anticipating a feeding frenzy over every line in his returns.

Voters elected him anyway, without seeing his returns. House Dems aren’t fighting for the returns because the public wants them. Nor are Dems fighting for transparency, as they claim. If they were, they’d release their own taxes.

Now Dems want to misuse the IRS to go after a president they hate. Americans of every political persuasion should be alarmed.

On April 3, the House Ways and Means Committee Democrats instructed the IRS to hand over six years of Trump’s personal and business tax returns, claiming the committee has a duty to make sure the IRS is correctly auditing the president and vice president. Pelosi insisted “Congress has an oversight responsibility to see that that is happening, if it has happened, and how it has happened.” Pelosi’s words are double talk.

Congress doesn’t need six years of Trump’s filings to make sure the IRS is auditing presidential returns. Trump’s only been in office two years. Even more telling, the Dems didn’t request filings by any previous presidents.

The law doesn’t even require the IRS to audit presidents. If Congress wants to take seriously its responsibility to make sure the IRS is doing its job, start with the $400 billion a year shortfall between what Uncle Sam is owed and what the agency actually collects.

Senate Finance Committee Chair Charles Grassley (R-Iowa) nailed the real reason Dems are demanding Trump’s returns. “They dislike him with a passion.” He added “it’s Nixonian to the core.”

The House Dems’ legal struggle, paid for by taxpayers, will likely drag on to the Supreme Court. Success for Democrats is far from guaranteed. A half-century ago, in a case involving the House Un-American Activities Committee, the Justices ruled Congress can’t go on fishing expeditions. “There is no congressional power to expose for the sake of exposure.” In another ruling, the Supremes stated that Congress can demand information only for legislative purposes, not to investigate if someone has committed a crime.

For good reason. As the president’s lawyer William Consovoy warned, allowing the majority party in the House to demand tax returns will empower them to “to attack, harass, and intimidate their political opponents.” Not just Trump. Even their opponents vying for their seats in Congress.

Consovoy also reminded House Dems that Trump has “even greater authority than Congress to obtain individuals’ tax returns.” Pelosi and the gang would “surely balk” at that. Don’t put it past Trump. He canceled Pelosi’s military plane ride to Afghanistan. He could demand her tax return too. Tit for tat.