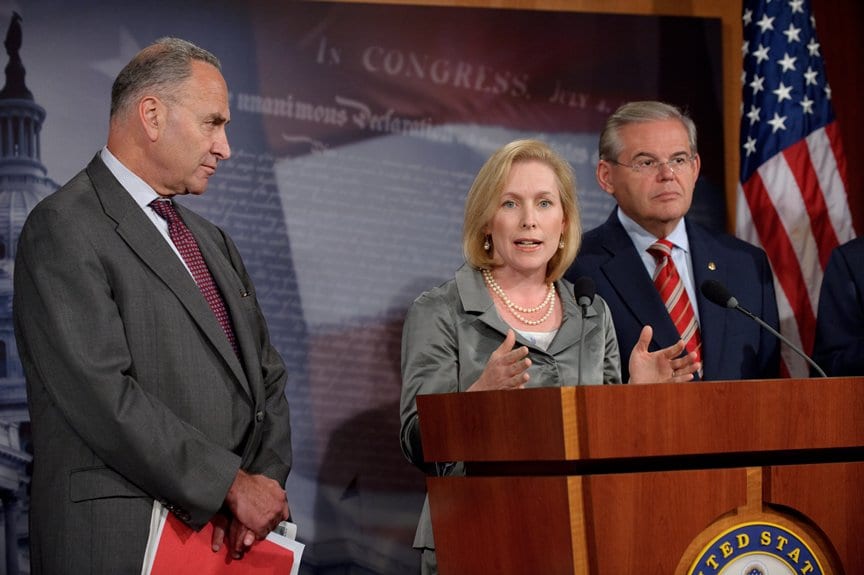 Friday morning, 26-year-old software developer David Casarez put on a shirt and tie, grabbed his homemade cardboard sign saying “Homeless – Hungry 4 Success – Take a Resume” and positioned himself at an intersection in Mountain View, California. A passerby posted his photo on Twitter. Within a day, Casarez had over 200 job offers.

No surprise. If you’re looking for a job, your odds are better now than any time in the last half century. There are more job openings than people out looking. Employers who used to demand a college degree or experience are dropping those requirements. Unemployment is near a fifty-year low, and unemployment among blacks and Hispanics is at a nearly all-time low.

Yet Democratic presidential wannabes Senators Kirsten Gillibrand (D-NY), Cory Booker (D-NJ), and Bernie Sanders (I-VT), are campaigning for a “guaranteed jobs” program, as if we’re in a depression instead of a boom.

These Democrats say the federal government should guarantee a job and a paycheck — paid for by taxpayers — for anyone who isn’t working.

To foot the bill for these make-work jobs and many other programs, Democrats like Nancy Pelosi and Elizabeth Warren want to undo the Trump tax cuts. In short, sabotaging the policy that’s producing the economic boom.

Voters need to connect the dots. The hiring surge is the direct result of a huge increase in business investment — up 9.4% during the first half of 2018. Investors are pouring money into private sector companies to buy more vehicles and equipment and increase commercial construction. Companies that buy more trucks and computers and build more office space can hire more drivers and office workers.

What’s causing this jump in job-producing investments? Trump’s tax cuts, especially the drastic cut in the corporate tax rate, previously the highest in the developed world. When investors can earn a higher after-tax return on their money, they’re willing to put more on the line.

That’s also when employers will go out on a limb to hire job seekers like David Casarez.

Of course, even in today’s hot job market, there are people stuck on the sidelines, jobless, lacking skills, and no longer looking. But another public jobs program is not the answer to boost the nation’s low labor participation rate. The U.S. already has 41 federal jobs programs costing a whopping $17 billion a year to push the long-term unemployed into the workforce. With little success to show for it.

Make-work programs like the ones Booker, Gillibrand, and other Dems are proposing have an abysmal record of getting people into lasting private sector jobs, according to a National Bureau of Economic Research survey by David Card of University of California Berkeley and co-authors.

But never mind facts. The Democrats pushing federal job guarantees are not actually interested in making sure people work. After all, this is the party that vehemently opposes any work or work-readiness requirements for Medicaid and other public benefits. The Dems’ job-guarantee campaign is a thinly disguised effort at radical income redistribution. Gillibrand told the Nation magazine a guaranteed jobs program is needed to “stamp out inequality.”

Former president Barack Obama hailed the idea of a universal government-guaranteed income in a July 17th speech. Obama says the goal is to close the “yawning disparities” between rich and poor. Think: everyone gets a check from Uncle Sam whether you work or not. In Chicago, the Democratically controlled municipal legislature is backing a plan to give 1,000 families a $500 monthly stipend, no questions asked. No work required.

If you’re like David Casarez, determined to earn your own living, beware of what the Democrats are planning. Their tax hikes will kill the jobs boom, and their redistributionist schemes will make your paycheck fair game to support those who won’t work at all.