by Daniel J. Flynn
Back to the Future Movie screenshot 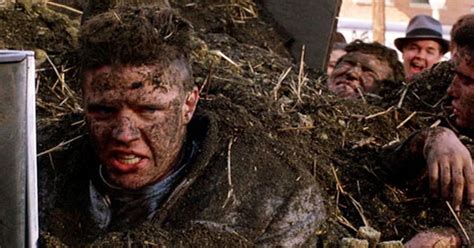 Progressives threatening to light their own house (infrastructure) on fire if moderates did not hand over more goodies (social spending) failed Logic 101. In demanding $3.5 trillion for a single bill when facing a $29 trillion national debt, the same folks flunked math, too.

The mathematically challenged include their leader, Joe Biden, who channeled Joe Isuzu in tweeting: “My Build Back Better Agenda costs zero dollars …. And it adds zero dollars to the national debt.” Yes, and South African racists once arrested Biden for the crime of trying to visit Nelson Mandela in jail.

The fact that all this fuzzy math coincided with a debt-limit deadline, which the same politicians imploring colleagues to spend $4.7 trillion used to gin up scare stories of default should politicians not agree to go further into debt, further illustrated the cluelessness of the players. Treasury Secretary Janet Yellin, for instance, called for the abolition of the “very destructive” debt limit on the grounds that putting a cap on her department issuing more IOUs (rather than the issuance of more IOUs) threatened to undermine the full faith and credit of the United States.

It seems late for that. The United States has already monetized its debt. Sure, we do not live in Zimbabwe or Venezuela. This is not for lack of effort.

In September of 2019, the Federal Reserve’s balance sheet stood under $3.8 trillion. Now it approaches $8.5 trillion.

Watered-down dollars come as the natural consequence of doubling the money supply in just two years. And given that money that does not currently exist—and materializes only through the wizardry of Jerome Powell — finances either or both of these boondoggles, the Fed balance sheet predictably expands, and through the law of supply and demand, which applies to money as it does to apples and cars and lumber, just as predictably sends the Consumer Price Index beyond its current 5.3 percent annualized rate. In other words, what Congress does not take from you to pay for all this at tax time the Federal Reserve does every time — every time you go to the supermarket, every time you fill up your gasoline tank, every time you pay the tuition bill.

Other numbers also confound the ideologues. The unemployment rate declined to 5.2 percent in August and the GDP grew by 6.7 percent in the second quarter, but for Democrats it’s always the Great Depression. The non sequitur Build Back Better Act, which makes the New Deal look Goldwaterian in comparison, approaches an economy in the fast lane as though it remains in park.

Manchin recognized this in Wednesday’s “Dear John” letter to fellow Democrats supporting the big Build Back Better Act: “Proposing a historic expansion of social programs while ignoring the fact we are not in a recession and that millions of jobs remain open will only feed a dysfunction that could weaken our economic recovery. This is the shared reality we all now face, and it is this reality that must shape the future decisions that we, as elected leaders, must make.”

Manchin, who surely grasps the hard math of winning reelection in a state carried by Donald Trump in 2020 by 39 points, could teach his fellow Democrats much. “We only have 50 votes,” scoffed West Virginia’s senior senator at a reporter’s claim that he stonewalled the bill. He later added, “All they need to do is — we have to elect more, I guess for them to get theirs, elect more liberals.”

The Catch-22 here involves the difficulty of electing more liberals when Nancy Pelosi, Chuck Schumer, Pramila Jayapal, Alexandria Ocasio-Cortez, and other outspoken leftists who represent solid-blue populations aggressively push leftist policies that doom Democrats in red states but pose no threat to themselves. When Democrats gain majorities, their inner-totalitarians make it difficult for them to keep majorities.

Democrats occupy as many seats in the U.S. Senate as Republicans and own the slimmest House majority since the Hoover Administration. Strangely, they tried to govern as though Biff Tannen in Lou’s café. Senators Joe Manchin and Krysten Sinema then Marty McFlyed the bullies in the face, a comedic scene that culminated in the whole gang stewing in a smelly mess. Overestimating one’s own strength typically ends in a lesson about the pitfalls of imprudence.

Will the real stupid party please stand up?