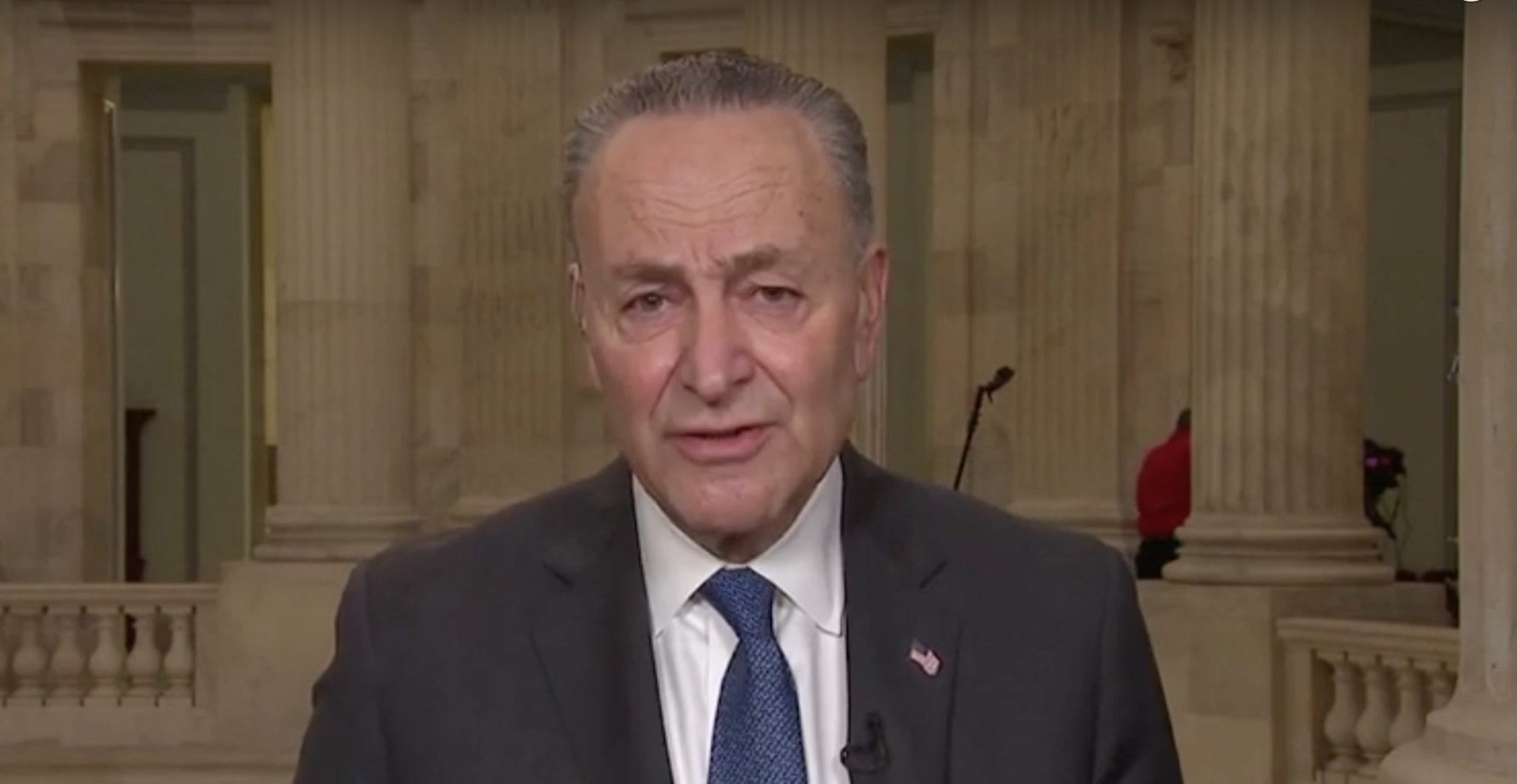 One of the most memorable moments of Donald Trump’s presidency is sure to be his 2019 State of the Union line denouncing socialism. “Here, in the United States, we are alarmed by new calls to adopt socialism in our country,” said Trump. “Tonight, we renew our resolve that America will never be a socialist country.”

To their credit, Nancy Pelosi and Chuck Schumer applauded, as did a decent number of Democrats. Of course, they didn’t exactly get out the poms-poms. Nancy clapped lightly from her seat. Still, the fact that they displayed approval at all surprised me. It also confused me — for this reason: If they don’t want America to become a socialist country, then why aren’t they doing more to spare their Democratic Party from socialism?

As a case in point, look no further than the reactions of two Democratic Party stars who proudly carry the socialist banner. Every camera in that chamber caught an agitated Bernie Sanders visibly uncomfortable with Trump’s rebuke of socialism. Bernie looked like he was itching to leap to his feet and condemn Trump as a capitalist reptile and enemy of the Proletariat.

Likewise uneasy, sitting there stone-faced, was Miss Socialist USA, Alexandria Ocasio-Cortez, backed by a Twitter army of the largest array of socialist geeks since Eugene Debs. She is one of many members of the Democratic Socialists of America, the self-described “largest socialist organization in the United States,” elected in November 2018. These DSA members ran not on a DSA ticket but the Democratic Party ticket. Seated not far from Ocasio-Cortez was a fellow DSA socialist-turned-Democrat, the delightful Ms. Rashida Harbi Tlaib, who shortly after her swearing-in ceremony vowed, “we’re gonna impeach the motherf—er!” to a room of stomping, whooping, compassion-oozing progressives.

They were hardly the only two Democrats with socialist sympathies at the State of the Union. You couldn’t have swung a red flag without hitting another nestled somewhere in that august chamber.

So, if Chuck Schumer and Nancy Pelosi don’t want America to become a socialist country, then they ought to stop their party from becoming a socialist party, especially if it continues to give a lifetime socialist like Bernie Sanders 13 million votes in the Democratic Primary. Gee, Donald Trump got 14 million votes in the Republican Primary, and that was a record for a Republican. Finishing as runner-up in 2016 presumably makes Bernie the Democrat frontrunner for 2020, if Hillary doesn’t run.

And beyond that, Democrats, addicted like junkies to identity politics, are already hooked on running Ocasio-Cortez for president the day the gal turns age-eligible.

In fact, if Chuck and Nancy don’t want America to become socialist, then someone needs to get a memo to the head of their party, DNC chair Tom Perez. Perez enthuses that the 29-year-old Ocasio-Cortez “represents the future of our party.”

Really, Chairman Perez? A socialist is the future of your party? What would Harry Truman and Jack Kennedy think about that?

The answer is they’d be stunned. And yet, the hard reality is that the far left, from socialists to communists, began a push in the Truman-Kennedy era to move into the Democratic Party. Communist Party candidates knew they had no chance of winning the presidency running on the CPUSA ticket. They launched an all-out effort in 1948 via Henry Wallace’s Progressive Party (now there was a case of genuine collusion with the Kremlin). It failed.

One of the most telling illustrations I’ve come across in a lifetime of research on American communists is the case of Barack Obama mentor Frank Marshall Davis, a member of the Communist Party (CPUSA no. 47544). Davis spent years eviscerating anti-communist Democrats like Harry Truman. Realizing, however, that he and his comrades couldn’t get elected dog-catchers let alone congressmen, they hopped in bed with the Democrats. In Hawaii, once the Hawaiian Communist Party went underground, with Wallace’s Progressive Party having collapsed, Hawaii’s Reds changed their tactics, concentrating instead on infiltrating the Democratic Party, even running their members in local elections to seize delegate positions. Davis not only urged this tactic but was himself elected to a Democratic precinct. For America’s Reds, it was the start of a long march to operate within the Democratic Party, transforming it from the party of Truman and Kennedy to the party of Bernie and Alexandria.

Again, I was pleased to see Nancy and Chuck apparently approve of our president’s insistence that America not become socialist. Now it’s time to do something about their own party becoming socialist. It’s time for them to clean up their own house.