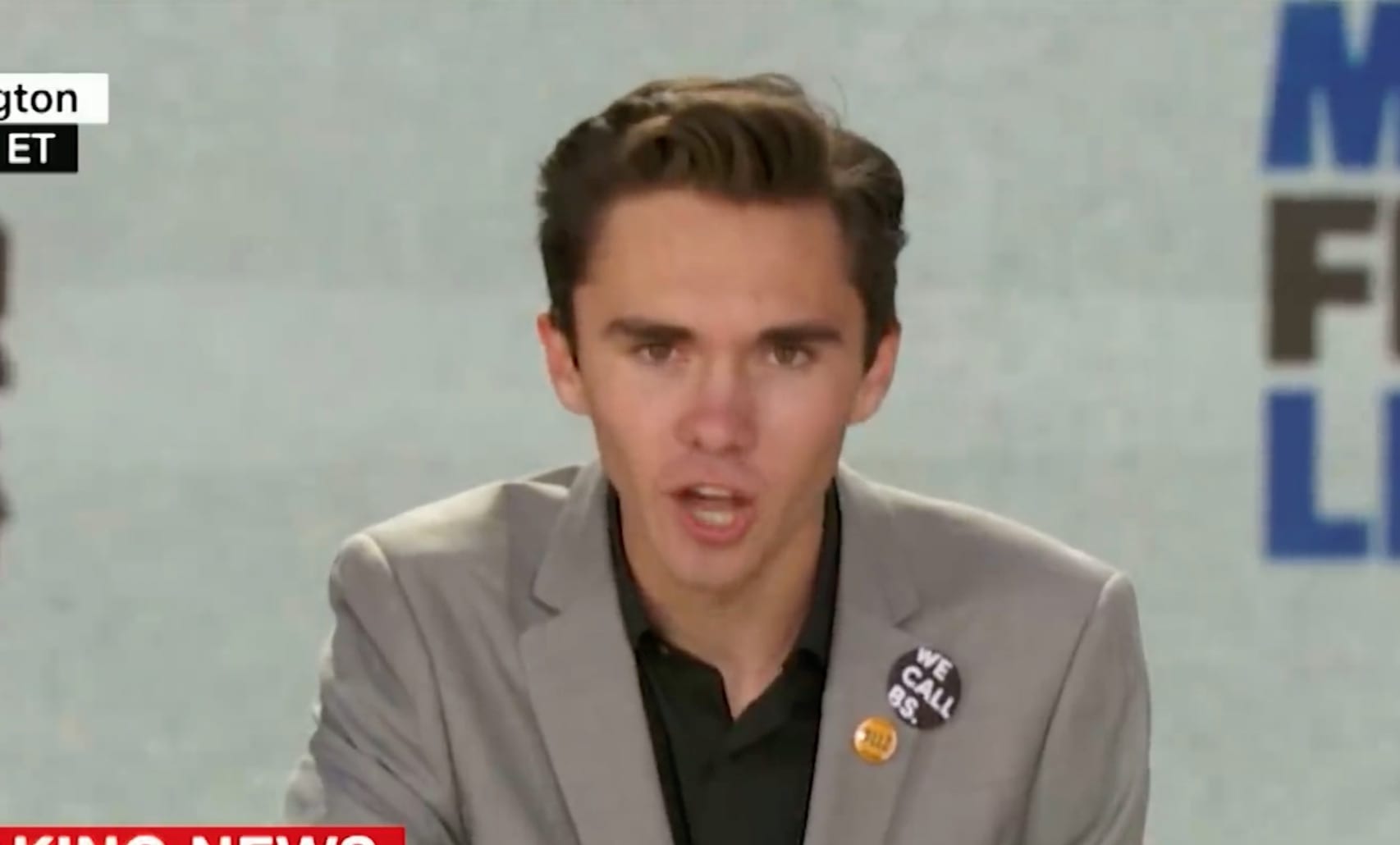 When the Obama administration was still in office, many gun stores across America featured a picture of the President with the caption “Gun Salesman of the Year.” And, in fact, while Barack Obama worked to “fundamentally transform America” which he deemed to be populated by too many “bitter clingers” to religion and guns, firearms sales reached record annual levels as the nation’s 90 million law abiding gun owners rightfully anticipated a renewed government effort to restrict their Second Amendment right to keep and bear arms.

Since Donald Trump’s election, however, gun sales have slumped. In a disappointing turn of events for manufacturers and sellers of firearms, Trump has publicly stood with the National Rifle Association and made clear his support of the Second Amendment. Consequently, as gun owners across the nation have exhaled a collective sigh of relief, their purchases of weapons have dramatically slowed.

At least one gun manufacturer has filed for bankruptcy, and the prospects for other manufacturers and sellers have been disappointing. But no more. Out of the tragedy of the Parkland high school shooting, a new hero has emerged to boost gun sales.

I am speaking, of course, about young David Hogg, the lead spokesperson of the March for Our Lives movement. This kid is pure gold and money in the bank for the gun industry to say nothing of the NRA. If he hadn’t leaped forth from the tragedy of the Parkland massacre, the gun lobby would have had to invent him.

Of all the pictures run by the media of this week-end’s marches, one stands out. It is of Mr. Hogg wearing a grey coat and dark shirt eerily reminiscent of Mussolini’s ensemble with his raised arm ramrod straight in the air capped by a clenched fist. This as he shouted his demands for more gun control and threats to politicians that, if they take money from the NRA and do its bidding, he and his followers will vote them out of office.

Wow. What a gift to the NRA and the gun industry. The baton has been passed to a new Gun Salesman of the Year. The more this young man fumes and fulminates, the more firearms will fly off the shelves. In all fairness, he should get a sales commission and maybe even a college scholarship from the NRA.

As for the marchers, some carried signs with curiously uniform and recurring themes one of which was “The NRA is a Terrorist Organization.” The idea here seems to be that the NRA poses a threat to America’s safety by thwarting the people’s demand for more gun control. But hit the pause button, and think that one over.

Is the NRA a cause or an effect? Is it the reason that there are 90 million citizens who lawfully own more than 300 million guns and billions of rounds of ammunition? Or does it exist to represent and promote the interests of those gun owners as well as the constitutional right of all Americans to possess firearms? Is the Second Amendment, which predates the NRA, a terrorist manifesto?

Are politicians in thrall to NRA campaign contributions in derogation of the lives of schoolchildren and the rest of society? Or can it be that those politicians recognize the interests and legal entitlement of 90 million gun owners who pose no demonstrable threat to their fellow citizens? Could it be that our elected representatives are simply following the will of quite possibly the largest single-issue constituency in the nation?

Don’t hold your breath waiting for the mainstream media to address these questions as they breathlessly cover the marches. And don’t blame the kids as they march and shout for more gun control. After all, they are just regurgitating the agenda that has been fed to them by the National Education Association and its member teachers and school administrators.

But, having spent twenty years as a prosecutor and another twenty as a criminal defense lawyer, I have some bad news for David Hogg, the marchers, and their media cheerleaders. Gun laws don’t work. Not even a little bit.

You see, we have a very large criminal population who don’t undergo FBI background checks to buy their guns. They use straw purchasers with clean records to do the buying. Or they get them on street corners or in back alleys from other criminals. In many places, they can even rent a gun to pull a job or commit a murder.

Among other things, the marchers demand that the age to purchase a gun be raised to 21. But what will that accomplish? For someone hell bent on shooting up a school, he can steal a firearm (as did the Sandy Hook killer), use a straw buyer, or rent, borrow or buy one on the street far away from law enforcement’s prying eyes.

All of this may come as a shock to the Marchers for Our Lives, but those are the facts of life. More gun control won’t make them safe. But then, there’s another bit of truth that they need to be told.

Kids, your safety isn’t the real issue here. The true, ultimate goal of those backing your well-organized, school-approved, hot-diggity-it’s-a-road-trip and time-out-of-class demonstrations is confiscation of all firearms not in the custody and control of the government. As for why your nice sponsors want to do this, you may want to put down your video game controllers and Google “Hitler” and “Stalin.” You may be surprised by what you find.

That’s my advice for the kids. For the rest of you, here’s a stock tip: go long on firearms manufacturers. Sales are about to go through the roof.

George Parry
Follow Their Stories:
View More
George Parry is a former federal and state prosecutor who practices law in Philadelphia and blogs at knowledgeisgood.net.
Most Popular
1
Crime Time
This Opinion Just In: 2,000 Mules Offers Vivid Proof of Vote Fraud
by Deroy Murdock