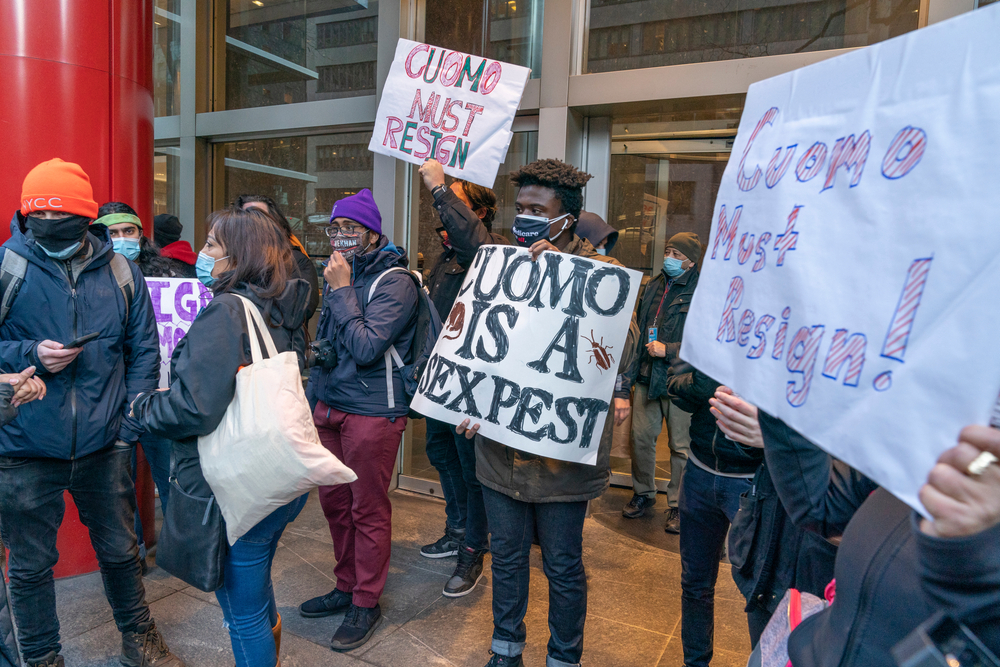 The Left would rather have New York Gov. Andrew Cuomo removed for sexual harassment than nursing home deaths. For one, sexual harassment fits with their mindset of identity-group politics and victimization. More importantly, it shields them from a potentially far more damaging examination of their coronavirus policies.

Cuomo is facing twin scandals, either of which if proven true should cost him his political career. The first, and far more damning, stems from the state attorney general’s report that his administration underreported nursing home deaths last year. This is particularly serious for Cuomo because of his decision to put COVID-infected patients into nursing homes filled with COVID-vulnerable elderly. And as if this chapter could not get worse, there are press reports that Cuomo’s staff deliberately altered its figures to lower them, which screams “coverup!”

The second, but the one getting more coverage and outrage, is the sexual harassment charges leveled by now six women. The first of these charges emerged in December 2020, and then more charges appeared in rapid succession. That many of these women worked in his administration and that Cuomo’s staff aimed to discredit them personally only adds to the governor’s potential harm.

Cuomo is discovering that you can stand only as firm as the ground beneath you. And he will discover that his is not. Having long ago lost the Right, he has now lost his crucial Left — and with it, likely his governorship and career in the not-too-distant future.

The Left now want Cuomo removed, but on their terms — meaning on their charges of sexual harassment.

The sexual harassment charges fit the Left’s identity-group politics and their desire to tribalize society. The charges also fit the Left’s promotion of victimization, which is their weapon for leveraging resources from the rest of society. The Left are not about to relinquish either of these powerful tools for promoting their narrative of American society — and themselves.

In short, it is more important to the Left to keep their narrative going than to keep Cuomo going. After all, in deep-blue New York getting another Democrat to be governor will not be a tall order.

As neatly as the sexual harassment charges fit the Left’s broader agenda, the nursing home charges dangerously threaten it. Age is not one of the Left’s preferred dividing lines for segmenting society — even when the elderly have been victimized, as in Cuomo’s treatment of them in nursing homes during COVID. Instead of worrying about the threat that was posed by Cuomo’s practice of putting the virus-infected into nursing homes, the Left are concerned that the charge could open an appraisal of all the high-handed COVID actions they pursued over the last year.

The Left welcomed lockdowns and imposed them earlier, harsher, and longer. America has become heartily sick of them, as witnessed by the growing recall effort against California’s Gov. Gavin Newsom over his coronavirus response. The last thing the Left need is a high-profile evaluation of arguably the single worst of those lockdown decisions — one that will reveal thousands died from it. Such a high-profile investigation could begin a broader evaluation of lockdowns’ efficacy and costs that could put the Left in an extremely vulnerable position.

Cuomo is surrounded by trouble and abandoned by friends. His abandonment by the Left, for whom he was a darling not long ago, is a warning to those who think they can ride the tiger of the Left’s subjective standards. Do not be fooled; the Left’s objective — power — remains constant, and their “standards” are only a means to that end.

Of course, Cuomo deserves his day in court on both sets of charges, just as any accused person does. Regardless of this, the Left prefer that he not get that on the nursing home charges because they would be on trial along with Cuomo. The Left’s preference is really one of avoidance: It is for Cuomo to be quickly tried and condemned in the court of public opinion on sexual harassment charges so that the nursing home charges can be avoided altogether.