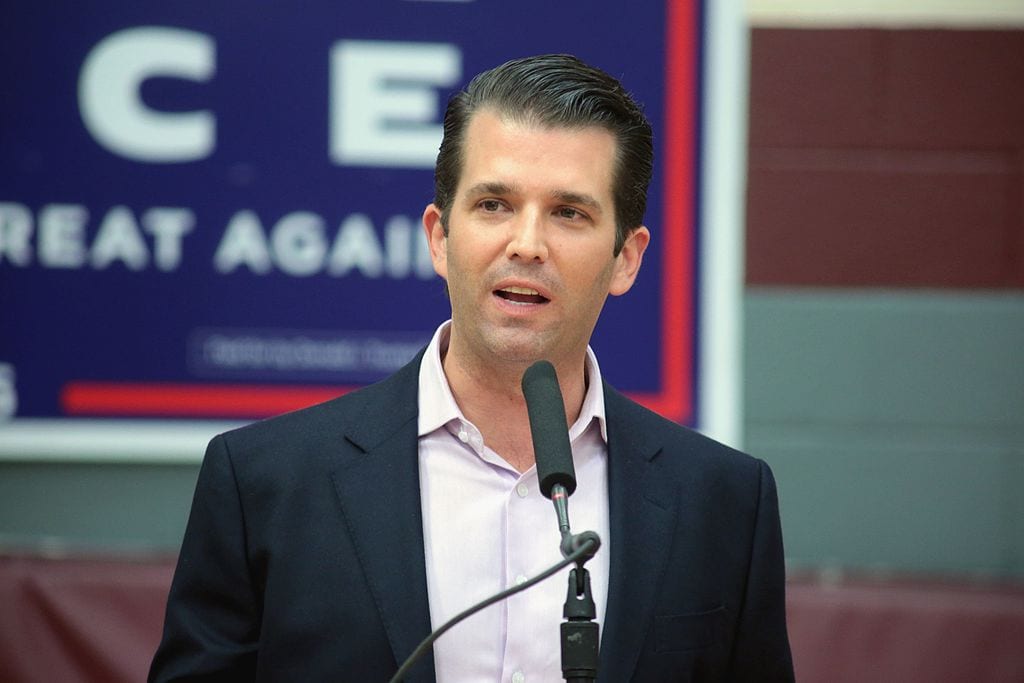 Raheem Kassam had what I wanted — a ticket to his Saturday night invitation-only CPAC party — and he also had something else I wanted, a newsworthy quote: “I think we’re winning.”

A former editor for Breitbart who is now a fellow at the Claremont Institute, Kassam was talking about the Left’s campaign to silence conservative voices on social media. That campaign ensnared him this week, when his personal Facebook account was suspended. Kassam’s ban got the attention of Donald Trump Jr., who tweeted: “I’m sure this was an ‘accident’ like I’ve been hearing from the social media masters. Funny that the accidents only happen one way.” Shortly afterwards, Kassam’s account was restored, a result he credited to the intervention by the President’s son. Facebook never explained why Kassam was temporarily banned, although many suspected it was an attempt to intimidate the popular author of No Go Zones: How Sharia Law Is Coming to a Neighborhood Near You. An ex-Muslim who formerly worked for UK Independence Party leader Nigel Farage, Kassam is not easily intimidated, and he sees the social-media crackdown on conservatives as evidence that the Left is frightened.

“If the other side wasn’t afraid, they wouldn’t be coming down so heavy-handed on people,” Kassam told me in an interview near Radio Row at the 46th annual Conservative Political Action Conference. “If [President Trump] gets re-elected next year, I think you’re going to see serious legislation about this — a Digital Bill of Rights.”

How bad the suppression of online free speech has become was made apparent in February when Instagram (owned by Facebook) decided to delete a post by Donald Trump Jr. himself. He had posted a screenshot of his Twitter reaction to the Jussie Smollett hoax and Facebook later claimed it was an “error” that it was deleted, but Donald Jr. was livid in his reaction: “You’re part of the problem. Maybe allow for discourse rather than force feed everyone your leftist bulls–t.” The president’s son later expanded his critique of social-media censorship into a column at Real Clear Politics:

Anti-conservative censorship online has gone from bad to worse. As major social media platforms start to target me for censorship, I shudder to think what it means for millions of other Americans, especially as we approach the 2020 presidential campaign.…

The tech giants are now tinkering with their terms of service to mandate that users adhere to liberal orthodoxy in their posts. It is now, for example, a banishment offense to “misgender” or “deadname” transgender people on Twitter, as even a radical feminist discovered when she tweeted that “men are not women.”

The stakes in all this could not be higher. The social media revolution upended people’s relationship with the overwhelmingly liberal media. As the Smollett hoax illustrates, the political left and establishment journalists want nothing more than to return to a world in which their narrative is the only one that matters — and the truth is whatever they decree it to be.

Three years ago, when Twitter banned my @rsmccain account (see “Who’s Afraid of #FreeStacy?” March 2, 2016), many conservatives were shocked. I’d been on the platform since 2009 with tens of thousands of followers, and Twitter offered no details of what I’d allegedly done to deserve this banishment. When asked by Debra Saunders of the San Francisco Chronicle, a Twitter spokesperson cited “privacy” to avoid explaining why they’d banned a veteran political journalist during a presidential campaign year. Since then, however, the Left’s online suppression of dissent has snowballed into a dreary familiarity. Now scarcely a week goes by without some new report of conservatives being suspended or otherwise punished by Twitter, Facebook, or YouTube, and many of the targets are prominent — including talk-show host Alex Jones and British activist Tommy Robinson.

Trump supporter Laura Loomer had nearly a quarter-million Twitter followers before she was banned in November after criticizing newly elected Democrat Rep. Ilhan Omar. At CPAC Thursday, Loomer appeared at a press conference to discuss her role in a recent investigation of Omar, asserting that pressure from the Council on American-Islamic Relations (CAIR), which has connections to Hamas and the Muslim Brotherhood, was responsible for Twitter’s banning her: “Why is a designated foreign terrorist organization lobbying with Twitter, an American social media company, to ban a Jewish-American conservative journalist who is exposing the anti-Semitism, the fraud and the terrorism ties that Ilhan Omar has?”

Loomer also scored a brief video interview with Donald Trump Jr. at CPAC, which she posted to her Instagram account, which has more than 100,000 followers. She gave him one of her red #StopTheBias hats, and in response to her question about taking action against social-media censorship, the president’s son said: “It’s time.”

If Raheem Kassam is correct about what the recent campaign of online censorship means — that leftists in Big Tech are acting out of fear that they are losing the Internet battle against Trump’s supporters — it may not be long before these powerful corporations are forced to pay a high price for attempting to deprive Americans of freedom of speech.