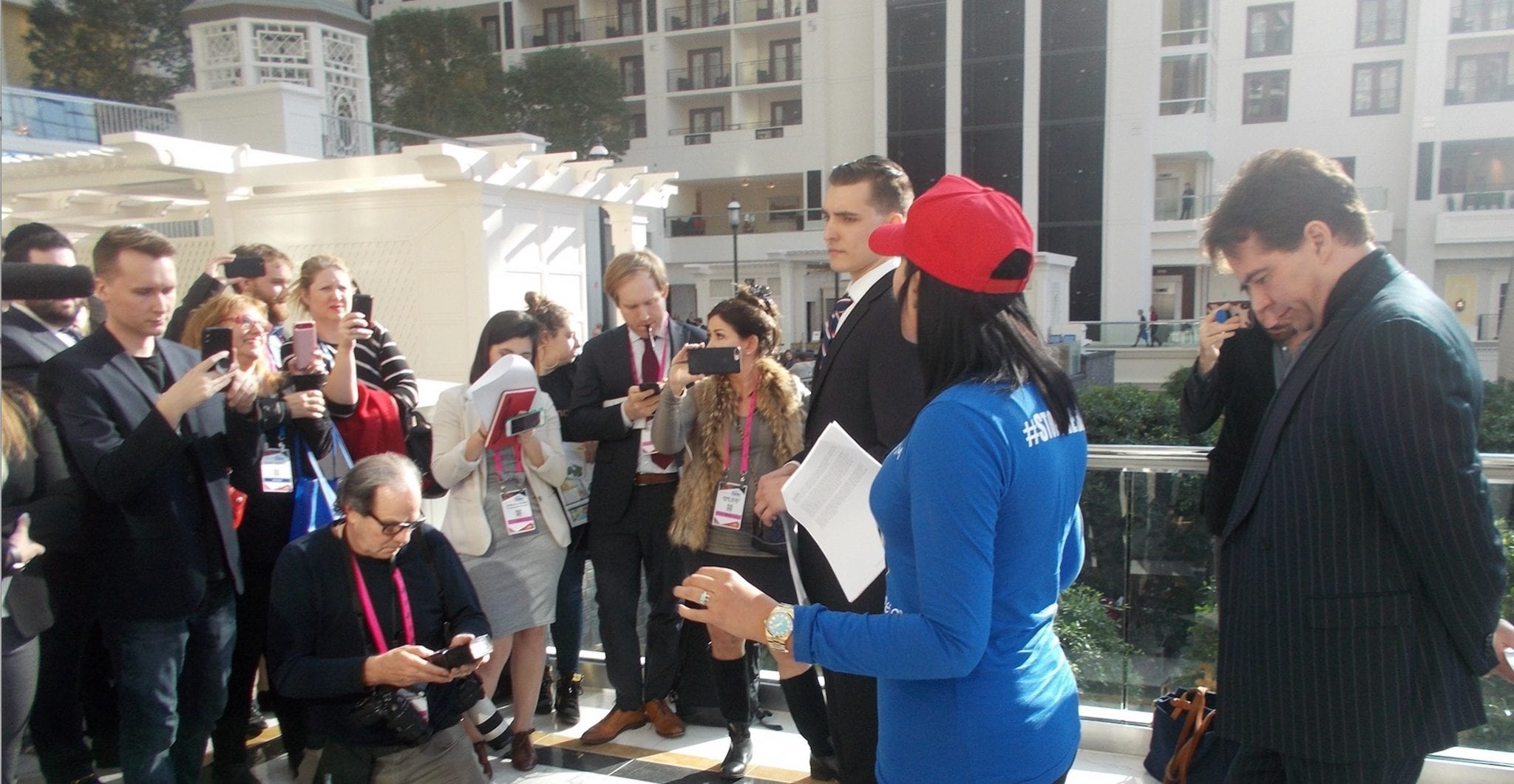 Rep. Ilhan Omar “married her brother and she defrauded the United States,” Jacob Wohl said Thursday afternoon in a press conference at the Gaylord National Resort and Convention Center. Announcing the result of a recent investigation by the website Culttture that took a crew of conservative activists to the freshman Democrat’s Minnesota district, Wohl presented the findings of their investigation in an eight-page report concluding that Omar’s marriage to her brother, Ahmed Nur Said Elmi, was “part of a nefarious attempted immigration scheme… in the service of two federal felonies: immigration fraud and student loan fraud.”

Omar is one of the most prominent new members of Congress, elected as the first Somali-American as Nancy Pelosi’s Democrats recaptured the House after eight years of GOP control. The latest issue of Rolling Stone features a cover photo of Pelosi posing with Omar, New York Rep. Alexandra Ocasio-Cortez, and Connecticut Rep. Jahana Hayes, hailing them as “Women Shaping the Future.”

Wohl appeared with Internet personality Laura Loomer and Republican lobbyist Jack Burkman in the lobby of the Gaylord, where they were surrounded by a scrum of reporters and activists attending the 46th annual Conservative Political Action Conference (CPAC). Wohl and Loomer have been banned from Twitter, and contend that their banishments were retaliation for their support of President Trump and their efforts to expose Omar’s anti-Semitic extremism. In her case, Loomer said Twitter succumbed to a pressure campaign by the Council on American-Islamic Relations (CAIR), which has connections to Hamas and the Muslim Brotherhood. “Why is a designated foreign terrorist organization lobbying with Twitter, an American social media company, to ban a Jewish-American conservative journalist who is exposing the anti-Semitism, the fraud and the terrorism ties that Ilhan Omar has?” Loomer said at the press conference. “It’s egregious.”

Omar recently deleted several of her Twitter messages that had been condemned even by her fellow Democrats. In one of the now-deleted tweets, Omar said: “Israel has hypnotized the world, may Allah awaken the people and help them see the evil doings of Israel #Gaza #Palestine #Israel.”

Calling Omar “an unrepentant and incorrigible anti-Semite,” Wohl said the Department of Homeland Security is aware of the information in their report. “There might be a very good reason why Ilhan Omar wants to abolish DHS.”

Robert Stacy McCain
Follow Their Stories:
View More
Robert Stacy McCain is the author of Sex Trouble: Essays on Radical Feminism and the War Against Human Nature. He blogs at TheOtherMcCain.com.
Most Popular
Sign Up to receive Our Latest Updates! Register