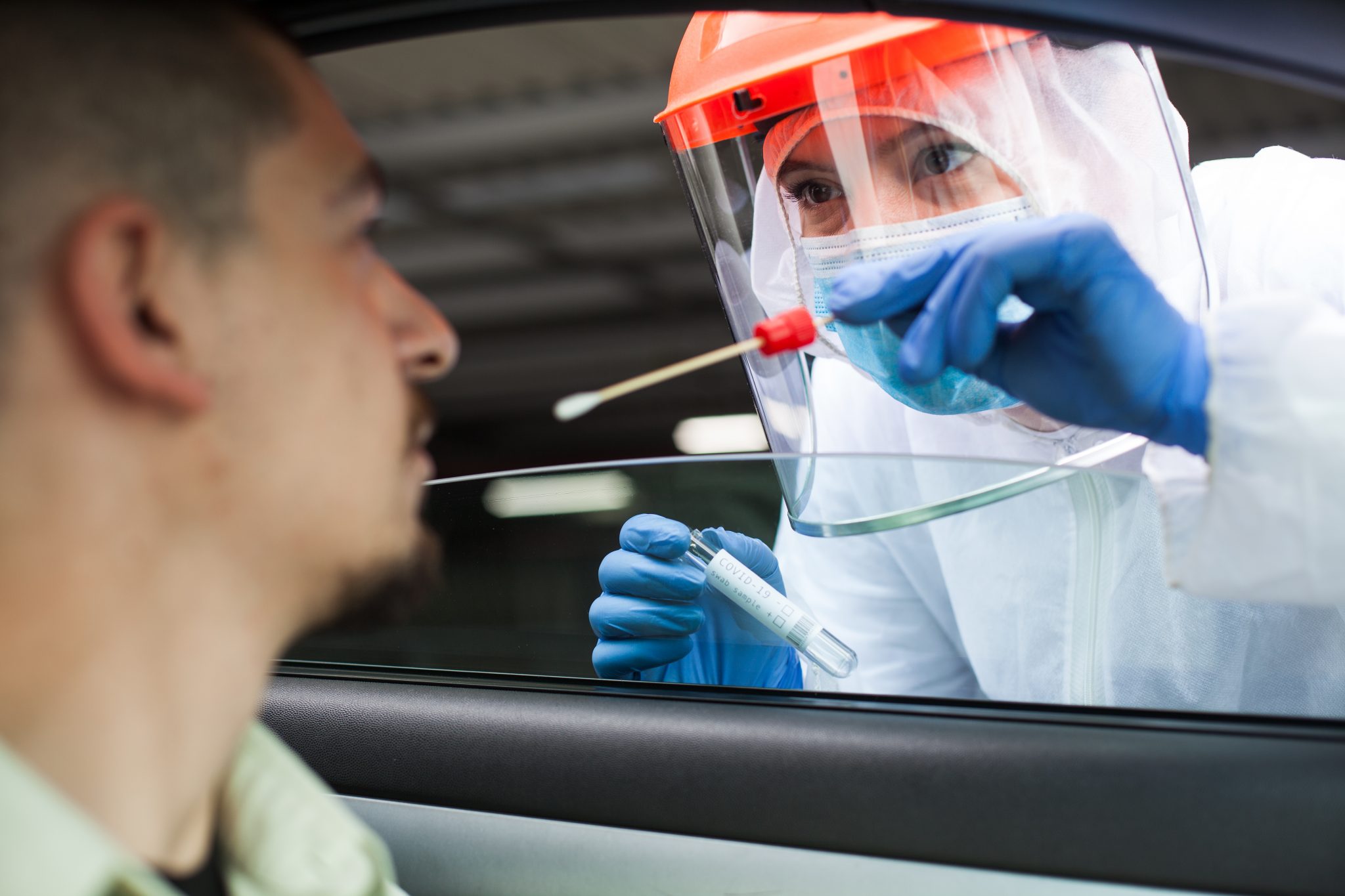 Sharon Stone and I were born a few days apart and have maintained a friendship over some years. We exchange birthday cards and bless the other with a year of dreams fulfilled. This year on her birthday (she goes first to scout things out), March 9, Sharon graciously encouraged me, “Come on in. The water’s fine.” Then all Hell broke loose.

The national and international tragedy of COVID-19 has not spared either of our families. Sharon’s grandmother and godmother have passed. Her sister and brother-in-law are struggling with its ravages even now, in need of our fervent prayers.  My father died from the disease in April. Two of my siblings tested positive, one of whom was hospitalized for a few days. Four other siblings believe they had it, but coughed their way through to the other side. My daughter in Toronto believes that she and her children all experienced the virus, but they had no access to testing in Canada in April. Both of us have lost friends, close ones as well as some dear people who hovered near the fringes of our orbits.

Both of us believe that our loved ones have not been treated adequately, that there has not been sufficient forethought, quick enough reaction or an encompassing, comprehensive strategy. Whom to blame? Let’s put that aside for now, since very few countries have done particularly well in this process.

It is time to take a bigger step. The view must shift to universal testing.

I asked her what she would like me to write, and she shared her view of the matter. She laid out her thinking and won me over. The following proposals are not left or right, Democrat or Republican, neither partisan nor parochial. They proceed from her analysis but have been modified by my experience in Washington, D.C., what I believe government can do practically and what it must do to stay within its constitutional limits.

The current approach needs to be rethought. Even those who defend what has been done to this point should agree it is time to review the state of affairs using knowledge culled from experience.

The present policy is based on a premise, that COVID-19 is a disease to be treated in one of three ways, depending on age and vulnerability of patients:

1) The young and asymptomatic can be ignored, except insofar as they are transmitters and should be prevented from spreading the infection.

2) The vulnerable but caught early, who can be treated in novel ways, with an eye to preventing escalation of symptoms.

This could be valid in a virus that either spares or kills, with the spared snapping smoothly back to status quo ante. In that model, it makes sense to chase the killer and ignore the visitor, chase the scarlet fever and avoid the red herring.

The problem is that COVID-19 is mangling many of those it does not kill. Lung damage was already seen in some of the earliest survivors, but over time we have seen heart damage as well. Some research suggests that heart function will be compromised in as much as 75 percent of patients. Additionally, suppression of the immune system is one of the ways COVID attacks, leading to fears of long term auto-immune damage and the possibility that old diseases will bridge their ways back over abridged defenses.

This heightens the importance of encountering COVID on a broader front. It should be viewed as a long-term disabler, not merely a life-and-death dueler in the short-term. It will be critical to have some sense of what each person has lost in the health of living organs. It would be unwise and irresponsible to wait around for months and years until patients show up with fresh symptoms, dealing with issues only when they bloom into crises.

Martial metaphors typically enter the idiom of epidemics, and this one is no exception. Governmental and medical figures describe our efforts to avoid, relieve, or cure the virus as a “war” against an unseen enemy. Fine, if you want your metaphor, you must be willing to learn from it. In wars as recent as World War II, authorities regarded an uninjured soldier returning home as Case Closed, a national weapon to be replaced quietly on a shelf. Today we are far more attuned to the traumas and stigmas these warriors often bear. We should treat this “war” in the same enlightened way. Indeed, an unseen enemy is liable to inflict unseen wounds.

We have right now a window of opportunity to solve present problems and mitigate future ones by use of a method that is within reach. Namely, testing.

Our authorities are justly proud that they have prodded manufacturers and laboratories into producing and administering vast quantities of test kits for COVID-19. The numbers of tests administered in the country are impressive, almost 75 million as of this writing. There are state testing centers and federal testing centers. And the nationwide rate is holding steady at one positive for every 13 people tested. Having come this far, it is time to take a bigger step. The view must shift to universal testing.

Until now, even the most expansive testing regimens among the states allow every citizen to voluntarily be tested. Some states like Montana, where Sharon’s family members live, still only allow people with COVID symptoms to take a free test. And New Jersey, where my father died, had already passed its crisis period before it opened testing to the edgy but asymptomatic. But since it is an open door policy without an encompassing strategy, it attracts a certain type of cautious and conscientious individual, many returning again and again. (I have been tested three times in Florida and Sharon twice in California.)

This saddles us with a fundamentally incomplete picture of who has had the illness, leaving a population pocked by lung and heart damage — undetected thus untreatable, unsuspected thus uncontainable. We need the information as a nation, as a world. We must know who has it and who has had it. This requires a double test for each citizen, one looking for infection, one looking for antibodies. When we discover antibodies, insurance rules should dictate a comprehensive checkup, looking for signs of quiet ravages among internal organs. Even for-profit companies would be likely to support this, to avoid the launch of skyrocketing bills down the road.

True, this is not a nation that takes kindly to mandates. The Anti-Mask League of San Francisco was formed in 1919 and seems to be breeding offshoots in 2020. Yet this civil libertarian impulse can often be circumvented by asking nicely. Perhaps a mandate to test each citizen needs totalitarian governance, and none of us wants that. But if we issue a request to each citizen to take the two COVID tests, for his/her own benefit and that of the larger society, we are likely to achieve a very high rate of compliance.