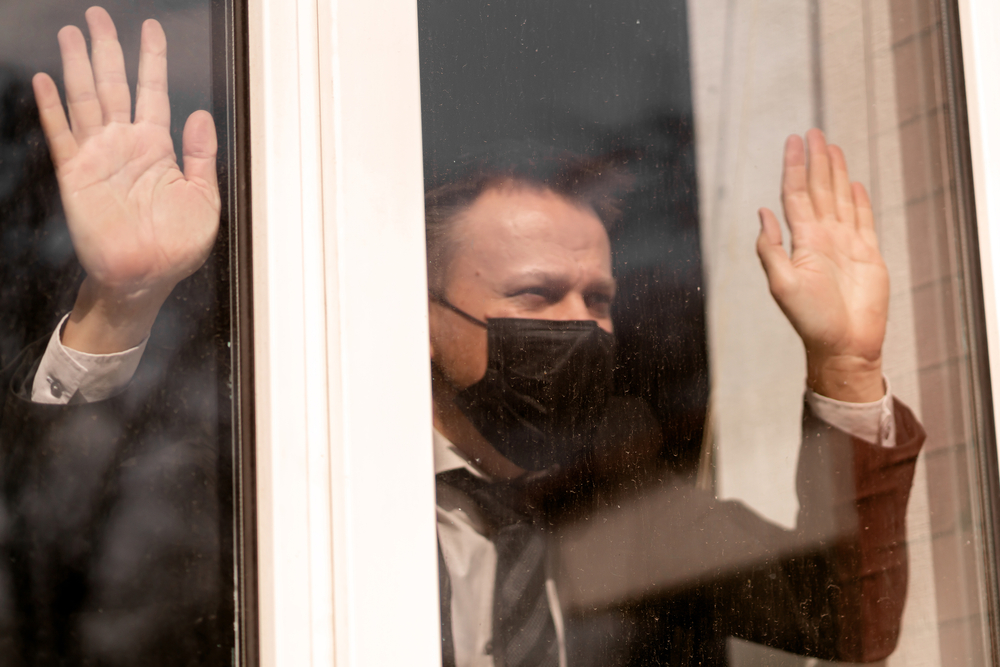 COVID-19 obviously has been terrible for those who died as well as survivors. The disease also has been awful for the rest of us. It has taken a year of life that will never be restored. As we approach the first anniversary of what ended up being an effective shutdown of much of personal, cultural, and economic life, I figure I will effectively die a year earlier.

I live alone. I also have worked at home for more than 36 years — an astonishing number, frankly. But normally I don’t feel alone. In pre-pandemic days, I traveled a lot. I spoke to groups and schools. I participated in conferences. I ventured overseas. I spent much of my life engaging others about politics, philosophy, history, art, antiques, travel, law, religion, and more.

This past year has been vastly different.

Almost every day has been like every other day. Dreary, unstimulating, uninteresting, sterile, useless, wasted. I had trouble keeping track of days of the week. Weekends didn’t matter. The main difference was that Sunday I went from four to two newspapers to read, since the Financial Times and Wall Street Journal don’t publish that day.

It is hard to quantify the personal stimulation lost. Giving talks to domestic audiences is enjoyable. Doing so also has given me a chance to see much of “flyover country.” For instance, I wander to sometimes isolated colleges and law schools — University of North Dakota School of Law in Grand Forks, North Dakota, for instance.

Foreign trips almost always offer an opportunity to explore. Last year before coronavirus took control I went to Sydney (Australia) and Marrakesh (Morocco). Absent COVID-19 I also had expected to be in Beijing, Shanghai, and Shenyang (China), Ulaanbaatar (Mongolia), Rome (Italy), Seoul (South Korea), Delphi (Greece), and Kiev (Ukraine). And those merely were the invitations that had been extended. I also was hoping to go to Pyongyang (North Korea), Juba (South Sudan), and other countries. So many opportunities to discover and enjoy an endlessly fascinating world.

I did a lot of writing in 2020. More than usual, in fact. I enjoy writing, even though last year reinforced what I long ago realized intellectually: nothing I write matters in any practical sense. Neither major political party believes in fiscal responsibility. Members of neither party model moral responsibility. Washington’s War Party is bipartisan, wasting Americans’ lives and resources while causing prodigious deaths and destruction in other nations. My intellectual targets seem impervious to argument and good sense.

Still, I persist since I believe in my message and long ago internalized what my then-boss Ronald Reagan proclaimed. If not us, who? If not now, when? But in 2020 I lacked something else that was critical: emotional engagement with other real, living human beings in person.

Zoom doesn’t satisfy. It was useful, allowing staff meetings and webinars. But I spend much of my professional life online. The last thing I want is more time looking at a screen. I’ve done a couple university and law school talks online, which was better than nothing. But I want to watch an audience to see how and to what people respond and react. I like making eye contact and otherwise reaching out to listeners. I’ve also missed having lunch or dinner with the sponsors — it is fun to learn what “kids” are up to, what matters to them, what trends are affecting them. I want, enjoy, and thrive on the human contact.

For weeks on end in 2020 the only people I saw were some neighbors — a couple of whom are good friends and were unafraid to share a meal or drink — and folks at Giant Food and Staples. For 10 months the farthest I got from home was 25 miles. I didn’t spend even one night away from home. Hopping in the car to purchase a gallon of milk became my equivalent of an adventure. Standbys in my life, such as church and home group, went online.

Even after attending a couple church services (featuring worthy attempts at social distancing) I decided to stay home and watch online. A worrying number of people were still gathering in one place, and the very measures intended to reduce the potential dangers also minimized the advantages of human interaction. Chairs are spaced out, services are truncated, people are asked not to sit with those outside of their families, those attending are instructed not to visit with others in the sanctuary, and more. It is one thing to increase my risk of infection to some indeterminate degree to enjoy real contact with long-time friends. It is quite another to do so for sterilized shadow of past experience when I can safely watch online.

The reopening of restaurants offered a small lifeline. It allowed me to get together with some adventuresome friends and colleagues. I was able to interact with a real person. I could share a drink and meal. I could keep up with another life. Not often, since people have varying willingness to take risks, and even that changes over time — the latest upsurge has driven some of my dinner buddies back into home isolation.

What now offers the first real hope in 10 months is the prospect of being vaccinated.

I have family and friends who are vaccine skeptics, but they offer no alternative to constant fear, periodic infection spikes, and widespread shutdowns. More importantly, I am a vaccine believer. I tell folks that I have had most every vaccine known to man, and perhaps a few others, including, because of my extensive foreign travels, rabies, Japanese Encephalitis, hepatitis A and B, and yellow fever. I take medication to forestall malaria and prevent cholera for the duration of trips. I bring antibiotics with me in case of generic infection or an attack of Montezuma’s Revenge. I cannot imagine not protecting myself whenever possible.

The case of COVID-19 is even more important. It is the prospect of returning to a normal life, or close, anyway. How long that will take is anyone’s guess. As a summer person, I hate the thought of losing my favorite season again. But it is possible to imagine universities reconvening in the fall and organizations beginning to reschedule events with some feeling of security. Then at least I would not lose a second full year.

My jaunt in Miami was terrific. There was a downside, however — it whetted my appetite for more normal human interaction. I don’t have any other trips planned, though. I don’t expect to be going anywhere else for months.

But as more people get vaccinated and the winter surge fades, it gives me hope that I won’t be a Pollyanna if I look forward to the real, complete, and final end of 2020, annus horribilis. Then I will be able to look back on my time in Miami as a revival of something very special — human contact.