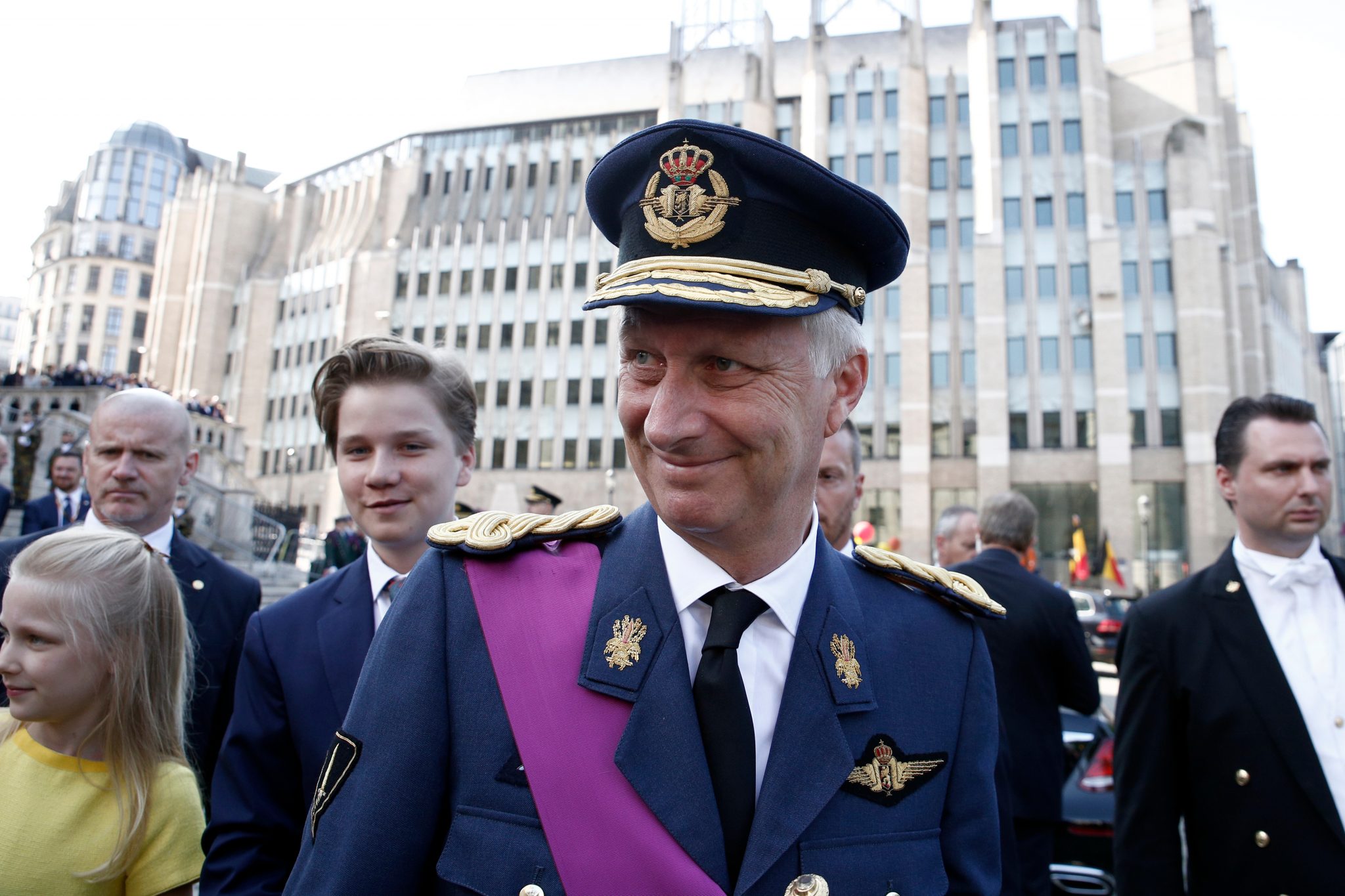 Belgium has not had a functioning government since December 2018. No one appears to be any worse off. It is an example Americans should ponder.

One of the virtues of European democracy is that it so often relies on coalition governments. Which represent widely disparate viewpoints. And collapse. Often.

Even the traditionally stodgy Germans now have a half dozen parties scrapping for power. The Greens, once a minor force, could lead the next left-wing coalition and snag the chancellorship, pushing aside the hoary, unprincipled, decrepit, and fundamentally useless Social Democrats and Christian Democrats. It would be change that anyone who abhors government by “grand coalition” — the equivalent of a mushy, meaningless centrist party — should applaud.

Governments rarely voluntarily close down. But honestly, why does Belgium need anything other than a caretaker system, which only nominally rules over its people?

Long ago, before electoral reform, Italy averaged more than one government annually. The usual suspects would stitch up a new coalition, which would stagger along for a few months, and the process would repeat itself. The parties and even personalities were usually the same, but politicians traded offices in a kaleidoscope of shifting coalitions. The system eventually lost any pretense of authority. In recent years the people in charge have gotten more interesting, but not, sadly, more competent.

This inability to establish stable government at home had the salutary effort of generally precluding the arrogant, sanctimonious, and hypocritical pretensions evidenced by America leaders who sought to transform the world — Woodrow Wilson, John F. Kennedy, and George W. Bush are particularly awful examples. All three dragged the U.S. into unnecessary wars that cost America much. Even after their blunders became manifest, they staggered along in office. In any parliamentary system they would have been mercifully ousted and exiled to outer political darkness.

Consider Belgium. Has any American heard of Sophie Wilmès, Charles Michel, Elio Di Rupo, Yves Leterme, Herman Van Rompuy, or Guy Verhofstadt? They were Belgium’s prime ministers over the last two decades. Some of them served multiple terms. Michel and Van Rompuy went on to important jobs, if not necessarily distinguished careers, in the European Union. But none of the premiers mattered in the least. Nor did anything any of them did.

Belgium’s latest difficulty began in December 2018, when the New Flemish Alliance Party, representing Flanders, the country’s northern, more right-leaning and entrepreneurial Dutch-speaking areas, with about 60 percent of the population, pulled out of the coalition government.

After elections were called, a caretaker regime of only limited powers remained in place.

In recent years the regional divide has widened. The Flemish have increasingly favored a divorce from French-speaking Wallonia, a more socialist-minded land whose residents believe themselves entitled to live off their taxpaying neighbors. In last May’s poll, Flemish nationalists (and separatists) dominated the vote in Flanders, while Greens and the hard left gained in Wallonia, where the Socialist Party still held the largest number of seats. Twelve parties won seats. The leading Flemish nationalist party came in first with 25. The Walloon socialists followed with 20. In third place was another Flemish nationalist party, which took more votes than the socialists but gained only 18 seats. (The establishment parties traditionally have applied a cordon sanitaire, refusing to negotiate with it. Its electoral gains have made that position harder to maintain.) The succeeding parties gained 14, 13, 12, 12, 12, 9, 8, 5, and 2 seats.

Try to make a government with those numbers! The top two parties took the lead in trying to form a coalition, but the gulf between them is vast and after months of negotiating they gave up trying to form a government. And no one has a Plan B, since Flanders and Wallonia have little in common despite being cobbled together as an artificial country in 1830.

Still, the Belgians have a long time to go to match their experience after the June 2010 election. The result was a similarly fractured electorate with the same two leading parties. It took 541 days of negotiation to cobble together another incongruous coalition — overall, the country lacked a working administration for 589 days, until December 2011 — that pretended to be a government. Yet Belgium appeared to get along just fine without a bunch of national office-holders pretending to matter.

Indeed, with the second deadlock well past a year, some Belgians are wondering if they need a national government. Such talk has worried some Europeans. Two Politico journalists, Simon van Dorpe and Camille Gijs, admitted that “the last time Belgium went for a prolonged period without a federal executive … the economy actually grew by 2 percentage points and unemployment fell.” However, great societal challenges await, they argued in an article entitled “4 Reasons Belgium Needs a Government.” (Frankly, if you have to persuade people that they need to be taxed, regulated, and otherwise bossed around by the sort of pretentious and avaricious people attracted to national capitals, you’ve lost the game.)

First, the two authors insist, Belgium needs a “proper budget.” But they admit that spending has gone on anyway. True, they call on the next government to “fix the budget deficit.” However, even countries with real governments are loath to do that. And after the coronavirus crisis, the European Union basically declared that budget rules don’t matter. The best way to halt wasteful spending would be to separate Flemish and Walloons, that is, the taxpayers and tax consumers.

Second, “Belgium is the only European country that hasn’t started a real post-COVID economic recovery program yet.” Indeed, van Dorpe and Gijs note that the Flemish Socialist Party is demanding “big reforms.” Of course it is. Socialists want to run not just the economy but society, so they always offer “big reforms.” That doesn’t mean they are good reforms. Anyway, even the journalists acknowledged that regional governments play the biggest economic role in Belgium.

Coordination with the EU requires a national government, but the caretaker office-holders have done so. The complaint, articulated by “a Flemish sustainability NGO,” with an ideological bias we can presume, was that the holdover government did “not have a mandate to take an ambitious new direction.” That is, it can’t socialize the economy by adopting those “big reforms” being demanded by the Flemish socialists.

Third, “the government has become a less attractive employer — meaning it is harder to attract and retain top talent.” If the national authority isn’t really necessary and doesn’t do anything really important, why should it attract the best talent? Belgium, which spends little on the military, preferring to leave defense up to American taxpayers, doesn’t need a foreign service. And economic issues are mostly handled outside of Brussels. The top talent should go to the private sector and regional governments.

Fourth, “as elsewhere in Europe, Belgium’s pension system is creaking under the weight of a demographic shift toward an older population. Yet it is one of the few remaining countries in Europe not to have undertaken politically difficult structural reform.” But the, the authors reported, is that “barely 10 percent of Belgians actually work until the age of 65.” What plausible national government would fix this? It seems that pension reform — people actually working, rather than retiring early and expecting someone else to pay — is not among the Flemish Socialist Party’s “big reforms.” To the contrary, the socialists want to raise pensions. No surprise, the two parties that were tapped to form a government “could not be further apart on the issue,” observed van Dorpe and Gijs. How would a weak coalition solve this problem? Again, Flemish secession probably would be the most effective policy to curb abusive public pensions.

What should Belgium do? Forget another delayed coalition that governs in name only. Instead, substitute a strong federal system with a weak national authority, rather like the present caretaker regime. The national administration would fill the United Nations seat and many European Union bodies (the EU has three presidencies alone!) and beg Walloons and Flemish to be nice to one another. A prime minister isn’t even necessary to greet visiting dignitaries. That’s what the king is for. (Is there a sillier, more useless position than king of Belgium? Maybe the prince of Liechtenstein, but Hans-Adam II also actually rules.)

Governments rarely voluntarily close down. But honestly, why does Belgium need anything other than a caretaker system, which only nominally rules over its people? Better would be full separation, though one can only imagine the hysteria that would envelop the EU and supporting Eurocrats. The result would be another full-blown crisis that would dominate Europe for a year or two and offer another excuse for leaving the world’s problems to America. Shifting to a federal system would diminish the wailing and gnashing of teeth by Belgium’s neighbors.

The U.S. also could aim for a “Belgian solution.” Make the president a nominal caretaker leader. Make congressional votes advisory. And tell Washington’s leeches to power — lobbyists, journalists, bureaucrats, even think tank scholars — to get real jobs. That just might get the economy moving and otherwise make America great again!