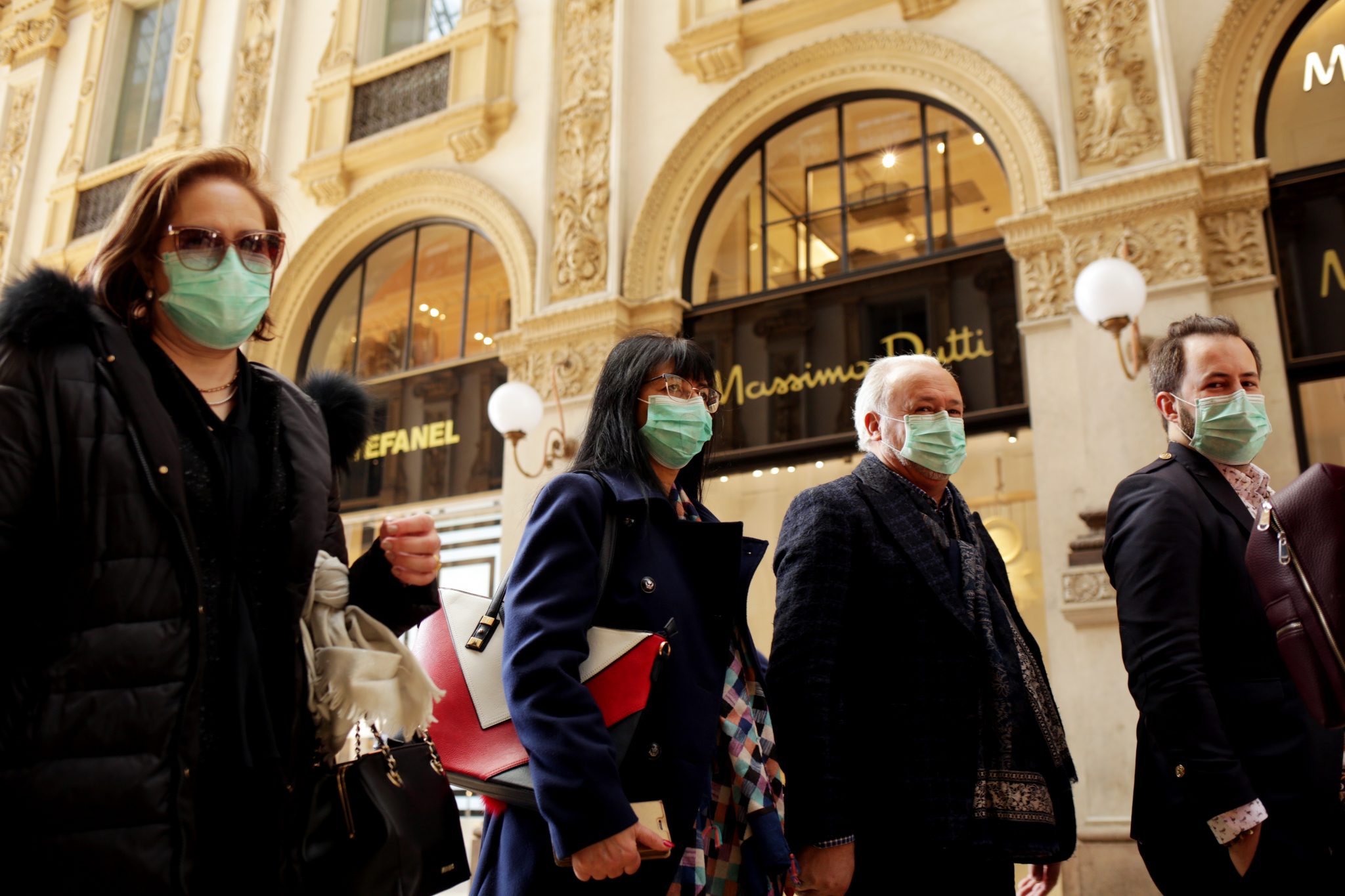 Coronavirus recalls scares over SARS and bird flu. More so does its response evoke the Animal House parade scene, Caddyshack pool scene, and Jaws beach scene meshed with War of the Worlds and The Birds. Though coronavirus does not rise to the level of a pandemic, it certainly makes for a panic.

In Massachusetts, the site of two confirmed coronavirus cases and seven million people, the secretary of state urged Super Tuesday voters skittish about germs in polling places to bring their own pens. The American Physical Society canceled the largest physics conference in the United States just 12 hours before the scheduled start to the first panel, and after the arrival of many participants, in Denver, Colorado, a state without a single confirmed coronavirus case. And everywhere one walks one sees Halloween arriving early as frightening men and women walk the streets in masks, which went for $8 a 100-pack for the bestselling brand on Amazon a short time ago to $200 now.

Such panic causes the director of the World Health Organization (WHO) to tell the people of Earth: chill. “Stigma, to be honest, is more dangerous than the virus itself,” Tedros Adhanom Ghebreyesus said in Riyadh on Monday. “Fear and panic are dangerous.”

With about a dozen nations experiencing deaths, and just four of those countries (China, South Korea, Iran, and Italy) enduring fatalities in the double digits, the results justify preparedness, just not the panic. And yet we see, particularly in financial markets, hysteria.

“Global markets — it is to everybody by the way — they should calm down and try to see the reality, as you said, ‘reality check,’ ” Ghebreyesus responded to a question from CNBC’s Hadley Gamble during that event in Riyadh. “Facts, figures, decide based on that — rational, we need to continue to be rational. Irrationality doesn’t help. We need go back to the facts and the figures.”

Unfortunately, the president of the United States remains one of those requiring a reality check.

“Australia’s Central Bank cut interest rates and stated it will most likely further ease in order to make up for China’s Coronavirus situation and slowdown,” Donald Trump tweeted Tuesday. “They reduced to 0.5%, a record low. Other countries are doing the same thing, if not more so. Our Federal Reserve has us paying higher rates than many others, when we should be paying less. Tough on our exporters and puts the USA at a competitive disadvantage. Must be the other way around. Should ease and cut rate big. Jerome Powell led Federal Reserve has called it wrong from day one. Sad!”

But if the Federal Reserve last year followed Trump’s counsel — reducing rates into negative territory — what ability would it possess this year to combat this unanticipated crisis? The federal funds rate, which stood at 1.5 to 1.75 percent early Tuesday morning (historically speaking, an extremely low rate), dropped by a half percent by mid-morning. Under pressure from the president, the Federal Reserve lowered rates three times during an expansion last year (it wasn’t enough to satisfy him). Despite this, the relatively low rate still gave the Fed the room to lower rates in response to this crisis.

The Fed’s restraint in the face of the profligacy pushed by the politicians allowed it the flexibility to address the economic illness unleashed by the real illness, which threatens to send nations into recession during the second or third quarters. Other central banks painted themselves into a corner. Japan’s central bank, for instances, announced that it “will strive to provide ample liquidity and ensure stability in financial markets through appropriate market operations and asset purchases” in the face of coronavirus. How can it? The Bank of Japan’s current rate remains in the negative. European Central Bank (ECB) Vice President Luis de Guindos promised the ECB would “remain vigilant” and “stands ready to adjust all its instruments.” But its rate hovers around zero, leaving it little room to realistically adjust.

The stock market decline, which witnessed a precipitous 13 percent drop from its high before a partial recovery earlier this week, may regain traction with lower rates. And investors may expect third-quarter gross domestic product (GDP) improvement as coronavirus becomes more predictable. Vaccine development, too, figures to encourage GDP recovery. This, too, shall pass.

But the harebrained economics that imagines less-than-zero interest rates as desirable, let alone sustainable, likely proves more resilient. Diseases of the mind invariably find cures harder to come by than do diseases of the body.