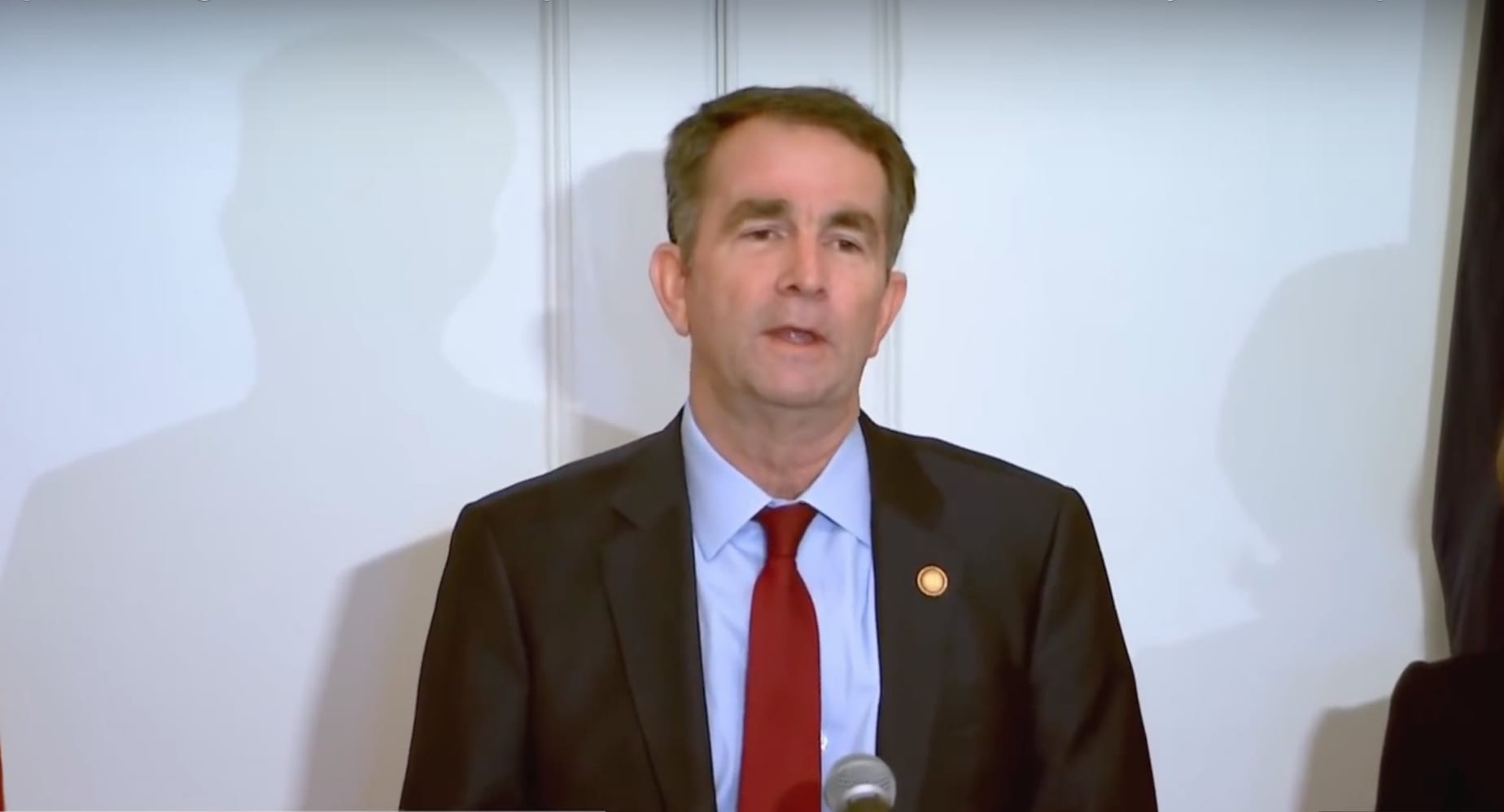 Democrat Ralph “Coonman” Northam wants to remain Virginia’s governor based on the claim that he has performed in blackface only once. Reversing his earlier confession that he was indeed one of the two people shown in a racist photo appearing on the “Ralph Shearer Northam” page of his medical school yearbook, he said during a Saturday news conference that neither could have been him because he has donned blackface but a single time, for a San Antonio talent show. He also added, “I have a lot of African-American friends.” When asked why Virginians should believe him, he offered the following:

I will stand and live by my word. I was the president of the VMI honor court. Our code there is a cadet shall not lie, cheat, steal, or tolerate those who do. That’s the most meaningful thing to me in my life. I tell the truth. I’m telling the truth today.

This will be a little difficult to swallow for those who remember Northam’s incredibly dishonest — and profoundly ironic gubernatorial campaign — in which he and his allies repeatedly accused his Republican opponent of racism. During the last weeks of the 2017 contest, for example, a group associated with the Northam campaign ran an ad depicting Ed Gillespie supporters as Confederates who attack minority children. Northam’s campaign also distributed flyers that omitted his own black running mate. This prompted the president of the Loudon County NAACP to make this observation:

A lot of us feel the Virginia Democratic Party has never been a very inclusive group.… And they always kind of marginalize African Americans without providing any grounds for advancement.

Northam’s reluctance to associate himself with blacks did not, however, apply to dance contests. He told reporters on Saturday that he dressed as Michael Jackson for the Texas competition: “You know, at the time, when I dressed up as Michael Jackson, it was a talent show. I didn’t personally find it unacceptable …” He was then asked if he could do the trademark Jackson “moonwalk,” and seemed about to demonstrate the dance. Mrs. Northam, who is clearly far more intelligent than the Governor, prevented him from doing so by noting that the situation constituted “inappropriate circumstances.”

This incident provides a useful insight into the surreal nature of Northam’s performance during the news conference. He served up a bizarre admixture of implausible lies, revisionist history, and weirdly flippant comments. In one example of the latter, he discussed the technique he used to apply shoe polish for blackface performances: “I used a little bit of shoe polish to put under my — or on my cheeks. And the reason I used a very little bit, is I don’t know if anybody has ever tried that, is you cannot get shoe polish off.” Hmm.… How does he know the subtle nuances of this process if he had made use of it only once?

This brings us to Northam’s peculiar nickname, “Coonman,” which appears beneath his photo in the 1981 VMI yearbook. He claims he doesn’t know how he accrued that appellation: “There were two individuals, as best as I can recollect, at VMI — they were a year ahead of me. They called me ‘Coonman.’ I don’t know their motives or intent.” A more plausible explanation, considering his obvious expertise in the application of brown shoe polish as make-up, is that he earned the nickname by frequently donning blackface at frat parties and other less-than-genteel social occasions involving lots of alcohol.

Now to the photo in the 1984 EVMS yearbook. Despite Northam’s claim that it landed on his page inadvertently, that’s unlikely. Were it true, he would ask the editors of the now-infamous tome to verify that publicly. He is almost certainly the guy in blackface. First, he is conversant with the nuances of using shoe polish as make-up and his nickname suggests that he was well known as a practitioner of that dubious art. Second, the person in the KKK hood is female. She’s a head shorter than her companion, slight of build, and situated next to him in a far more intimate fashion than any frat buddy would tolerate.

In other words, it’s only a matter of time before Northam goes. The Democrats are burdened with a very sordid racial legacy, including slavery, the KKK, Jim Crow, segregation, white supremacy, civil rights, etc. The governor is an all too conspicuous reminder of this lengthy catalogue of crime. Indeed, considering how heavily they now rely on identity politics, he is about as radioactive as it gets. “Coonman” is a goner whether he knows it yet or not. His political executioners don’t do plea bargains.