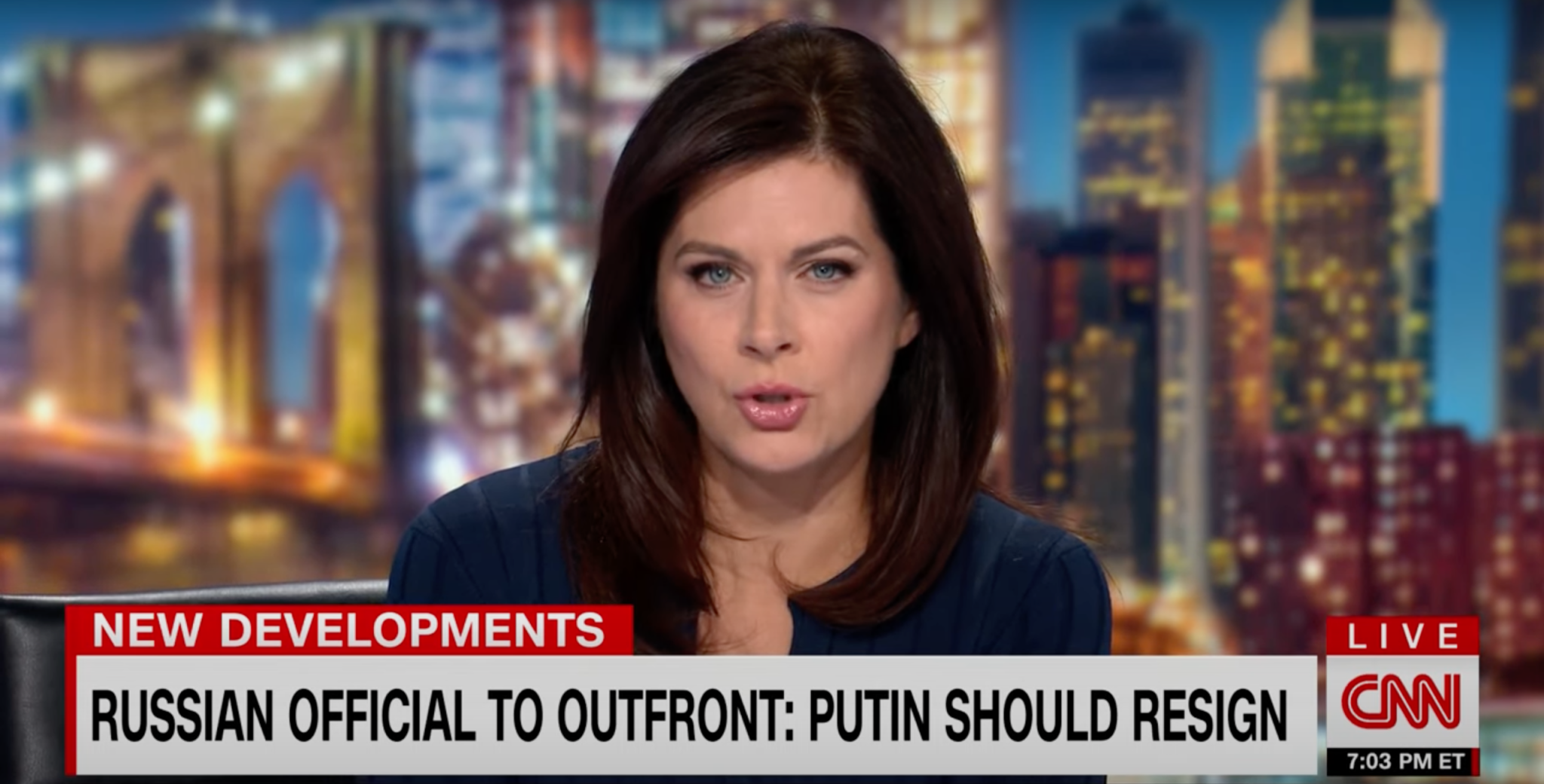 Since CNN’s new CEO, Chris Licht, took over the company, Brian Stelter, the former host of Reliable Sources, has been let go and other left-wingers have headed for the exits. One of the network’s White House correspondents, John Harwood, announced he was leaving the network just one day after declaring that former President Donald Trump is a “demagogue.” Also out is office pornographer Jeffrey Toobin, the network’s former legal analyst.

It’s all in service of Licht’s plan to emphasize reporting and rely less on 24/7 left-wing opining.

Such a plan, however, cannot be stomached by the Left. News reporting? Not left-wing activism? Why, that buys into the idea that the Right is not inherently evil!

So says Dash Dobrofsky, who hosts a conspiracy theory podcast, Uncovering the Truth. He tweeted his complaint on Tuesday that CNN’s Ana Cabrera was “covering inflation and the supply chain — instead of discussing why a Republican nuclear spy held a secret mafia meeting at his golf club while under investigation for Espionage,” a reference to Trump’s trip Tuesday to his golf course outside of Washington, D.C.

Dobrofsky practically sobbed: “Make no mistake. We are 50 days out from a Midterm, and CNN is rooting for MAGA.”

In saying so, he ginned up 4,600 retweets as of this writing calling to “#BoycottCNN.”

CNN’s Ana Cabrera is covering inflation and the supply chain — instead of discussing why a Republican nuclear spy held a secret mafia meeting at his golf club while under investigation for Espionage. Make no mistake. We are 50 days out from a Midterm, and CNN is rooting for MAGA.

The Left is criticizing CNN for more than just reporting on inflation and the supply chain. The network also — gasp — mentioned the Hunter Biden laptop.

One Twitter user said, “Really @ErinBurnett @CNN discussing hunters laptop? Really? Does he work for the govt? Did he steal classified documents? Did he earn $2b from the Saudis? #BoycottCNN.”

Former Biden campaign employee Jon Cooper got in on the social media uproar. “If I wanted to watch right-wing propaganda,” he said, “I’d watch Fox.” He threw in another “#BoycottCNN.”

Slate’s Justin Peters went off on CNN last week for its plan to emphasize news, arguing that its strategy will harm the network’s ability to “tell the truth.”

“[I]n its haste to renew its appeal with the sorts of old cranks who will be last in line to cancel their cable subscriptions,” Peters said, “the network risks damaging its credibility as a news organization that can be counted on to tell the truth even when its viewers do not want to hear it.”

Peters explained that CNN is not launching as many attacks on the “Trumpist right” and is seeking out voices that are “equally as critical of Biden and the left.”

This, he said, is the wrong approach:

But if this is CNN’s best case for pursuing false balance while dissuading its personalities from calling Trumpism by its name, it’s not a very convincing one. News outlets earn their credibility not by euphemizing the truth in order to appeal to more people, but by telling the truth even when it’s difficult. How can CNN claim to speak with authority when it simultaneously seems to be muzzling some of its most morally articulate reporters?

What remains dubious, however, is the contention that CNN has actually given up on its strategy of using left-wing screeds to drum up the Democratic base. On Thursday, for instance, the network aired a segment in which host John Berman argued that Florida Gov. Ron DeSantis’ decision to send illegal immigrants to Martha’s Vineyard had “some of the same themes” as a new Ken Burns documentary on the U.S.’s role in the Holocaust (an assertion with which Burns agreed).

But the Left is still displeased. It seems that even spicing up the Lemon-style left-wing commentary with the occasional real news story is enough to make the Left start a cancel campaign on social media.

Hundreds of tweets have been sent out using “#BoycottCNN,” and the hashtag has been featured in news articles from Newsweek, TheWrap, the U.K.’s Independent, and the Hill.

The Left’s backlash and boycotts raise the question of whether the network’s strategy could harm its ratings.

CNN’s ratings are horrible. On Tuesday, for instance, its top-rated show lost to every single Fox News show, including the conservative network’s 6 a.m. morning show. The New York Times reported last month that CNN is on track to take in less than $1 billion in revenue for the first time in years, giving Licht a dismal record for his first year, though the new CEO has only had limited time to implement his vision.

On Thursday, Licht announced a new morning show, his first major programming change for the network. Licht pulled the partisan Lemon off of his primetime show and teamed him up with the liberal Poppy Harlow and with White House correspondent Kaitlan Collins, who is more news-focused and got her start in conservative media. Kayleigh McEnany, the White House press secretary during the Trump administration, at one point refused to call on Collins, calling her an “activist.”

With his three selections for the morning show, Licht signals that his vision for CNN is not so much the political middle but rather a less hard left with a greater presence of reporting. Since even that is enough to make the Left “#BoycottCNN,” on the one hand, and left-wing commentary isn’t appealing to half the country, on the other, Licht’s vision may be putting the network in a worse position in terms of ratings.

CNN’s new CEO is banking on the idea that pulling the network away from the extreme left will improve CNN’s reputation among advertisers, allowing it to take in more revenue, even if it decreases viewership. He even told producers in his first town hall meeting not to worry about ratings. If advertisers feel more comfortable with microwaved leftism, as Licht believes, then it could be enough to appease his bosses.

For now, though, CNN has been canceled by the Left, Right, and center, and the bigwigs at Warner Bros. Discovery can’t be happy.