by Paul Kengor
Christmas with some touches from the 1970s (Djordje Hadzi Petrovic/Shutterstock.com) 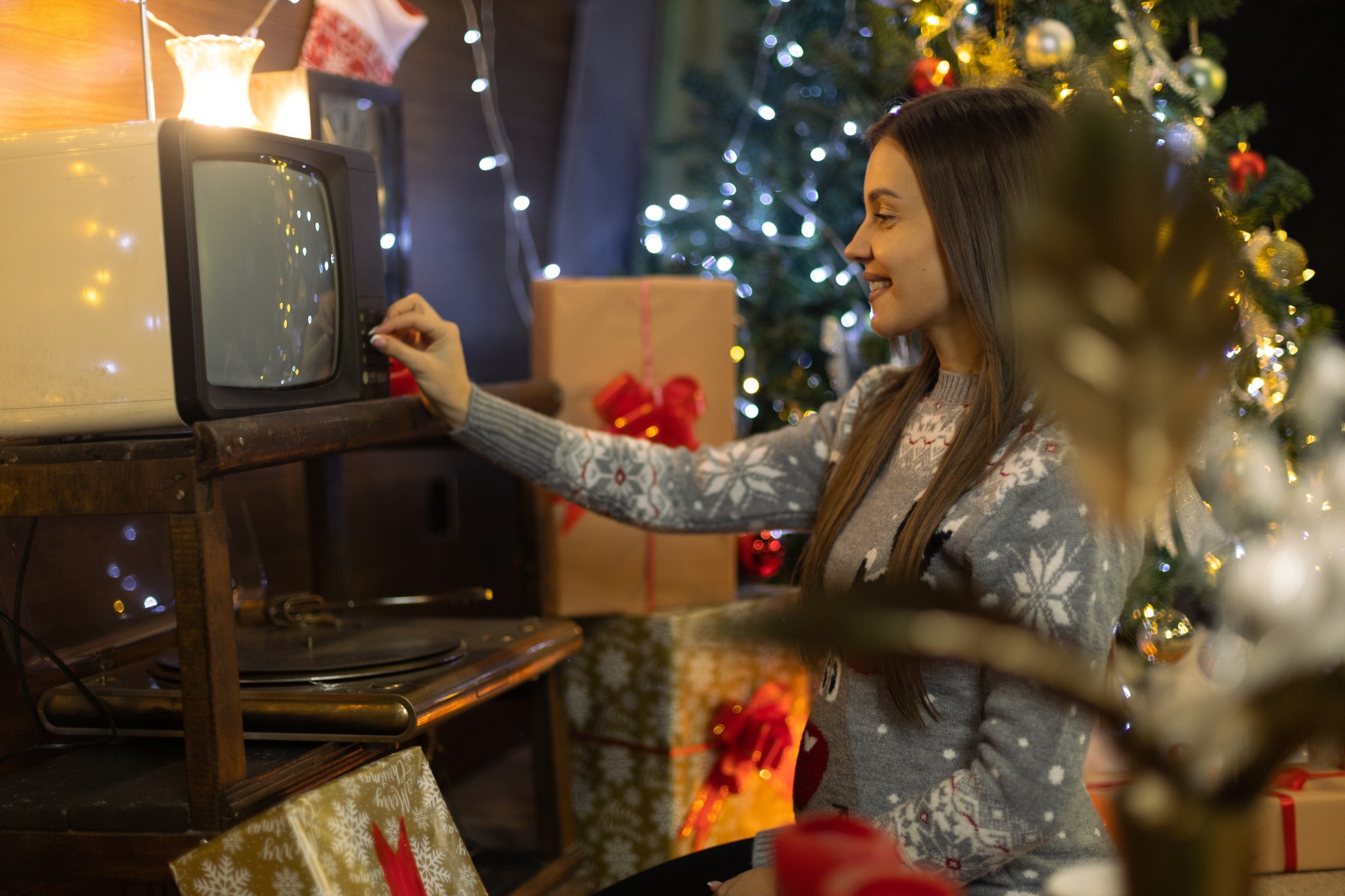 In today’s America, that of the depraved 2020s, corporate America doesn’t dare utter the word “Christmas” in December but spends the entire month of June drooling about gay pride. Our cultural revolutionaries resist calling a Christmas tree a Christmas tree (in my native Pittsburgh, it’s the grotesquely offensive “Unity Tree”), but they fly rainbow flags for a full month every summer. There’s no room for Christ at the inn, but drag queens are welcomed at the local library. Bullied and blackmailed by LGBTQ fanatics, even NASCAR touts gay pride logos, and the NFL launched an absurd “Football Is Gay” TV ad campaign. The NFL promotes Black Lives Matter literally across its endzones, but this year disrespects Christmas Day and Christmas Eve by running a full spate of football games.

Xmas is out; LGBTQ is in.

At best, there’s the Hallmark Channel, which runs Christmas-themed movies, but they’re usually sappy romances and not akin to what we saw in the 1970s.

The reader observed that in a few weeks it would be December. Would HR be sending out a special email noting that that month the company recognizes the birth of Christ?

The lunatics, ladies and gentlemen, have taken over the asylum. The cultural barbarians are inside the gates. The Left’s long march through the institutions is complete. Welcome to the New America, where the assault on Christmas continues by the discontented disciples of “diversity.”

It was not that long ago when truly everything was different at Christmas time. Readers over the age of 50 could think of numerous examples of how the bygone America they grew up with was not so blatantly pagan. (I invite readers to chime in below in the comments section with remembrances.) Personally, I could go on and on with examples, but one era consistently strikes me every year: Christmas in the 1970s.

When I was a kid in the 1970s — and those who lived at the time will immediately nod in agreement — television programming was thoroughly dominated by Christmas specials. That programming both reflected the culture and influenced the culture. Of course, this was true for the decades prior as well, but I’ll stick with the ’70s.

In those days, the TV didn’t offer hundreds of channels of vacuous claptrap and woke streams of political correctness, especially in nearly every nauseating commercial. Obviously, there was no YouTube or Netflix or Amazon. There was, in effect, ABC, CBS, NBC, and PBS. That was it.

But to my point, in those days, every evening from about Thanksgiving Day until Dec. 25 Christmas shows were broadcast. You can find an old TV Guide and see for yourself. And if you lived through the era, you need only consult your memory.

Major celebrities had annual Christmas shows: Bing Crosby, Bob Hope, Dean Martin, Andy Williams, Perry Como, Jimmy Durante and the Lennon Sisters, Johnny Cash, John Denver, Wayne Newton, Frank Sinatra, Sammy Davis Jr., Lawrence Welk, and whoever else had a popular variety show — Sonny & Cher, Donny and Marie (the Osmonds), the Carpenters, the Muppets, Dolly Parton and Kenny Rogers, Crystal Gayle, you name it (click here for a bunch). Some of the scenes in these annual celebrations became iconic, such as Crosby and weirdo David Bowie coming together — the old generation and the new — to touchingly sing “The Little Drummer Boy.”

Sitcoms did special Christmas episodes: Little House on the Prairie, The Waltons, All in the Family, The Brady Bunch, Laverne & Shirley, The Jeffersons, you name it. Of course, there were also the cartoons — How the Grinch Stole Christmas!; A Charlie Brown Christmas; Frosty the Snowman (narrated and sung by Jimmy Durante); the old Rankin/Bass shows such as Rudolph the Red-Nosed Reindeer, Santa Claus Is Comin’ to Town (narrated by Fred Astaire, with Mickey Rooney as the voice of Santa Claus), and the various claymation classics. (Some of these were made in the 1960s.)

There were also endless made-for-TV movies. And local and national networks aired fundraising telethons for various causes — Danny Thomas did a big one for St. Jude, and my local KDKA-TV ran marathon fundraisers for Children’s Hospital of Pittsburgh (where I ended up working in the late 1980s), which I imagine was a common thing in many local markets.

There were so many Christmas specials. TV was saturated with them. It was so thoroughly part of the culture. It was happy, fun, inspiring. It really did spark the Christmas spirit. No one feared wishing anyone a merry Christmas.

Among these, a perennial favorite was Bob Hope’s Christmas show on NBC. (This one from December 1977 ran 2.5 hours long.) The legendary Hope told jokes and sang songs in merry strolls through snowy studio sets with pretty girls. He featured the Rose Bowl queen and her court. And my favorite of favorites: Bob Hope always announced the AP All-American college football team. The players all flew in, came to the set, and trotted out one by one in their uniforms as Hope called them out, cracking one-liners and razzing them.

You plainly don’t see anything like this today. At best, there’s the Hallmark Channel, which runs Christmas-themed movies, but they’re usually sappy romances and not akin to what we saw in the 1970s. (READ MORE: The Best Christmas Movies Ever)

In short, the liberals hadn’t yet destroyed all of this. Their cultural revolution, which was just taking roots in the universities, had not yet won the day and undermined a blessed country’s Judeo-Christian fabric. A culture of Christendom still reigned in America.

That was Christmas in a better America. Today’s pagan America seeks to silence the very word while its woke crowd shoves Pride Month down your throat. If you don’t fly a rainbow flag, you’re canceled as a hateful bigot. But every December, they show their true colors with their bigotry toward Christmas.