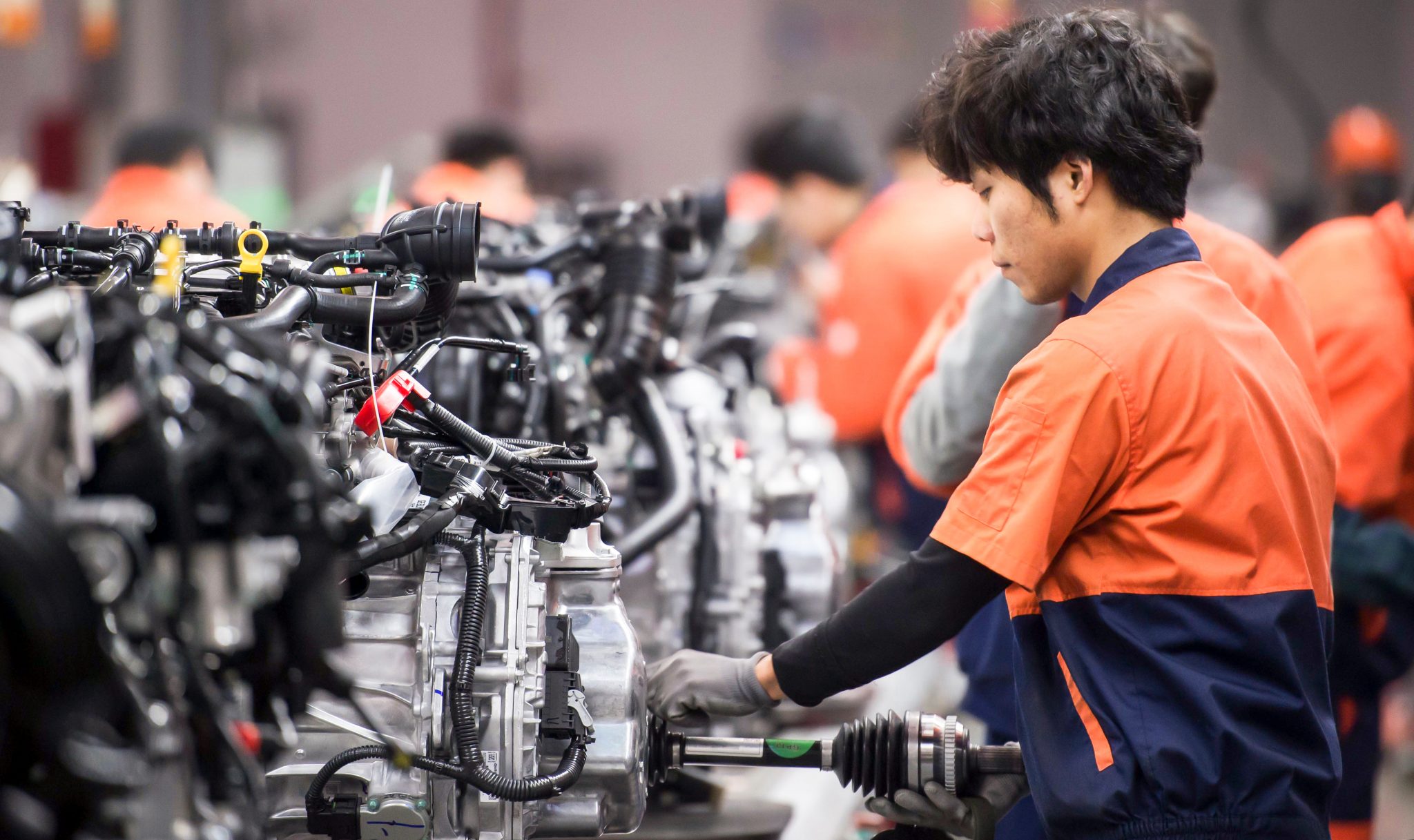 “China’s pattern of misconduct is well known. For decades, they have ripped off the United States like no one has ever done before,” claimed President Trump in a Rose Garden address in late May. U.S. Attorney General William Barr was similarly critical in a mid-July appraisal of China’s economic policies, claiming that “they don’t want to trade, they want to raid” and that “fair competition with China is a fantasy.”

Trump and Barr are fundamentally correct in their assessments. Although market reforms have played no small role in China’s explosive GDP growth over the past few decades, taking it from the status of a small, developing economy to overtaking the U.S. in terms of purchasing power parity, liberalization is far from the only tactic that China has employed in its long-term quest to catch up with the U.S. in terms of economic development. Under the leadership of the Chinese Communist Party, China has aggressively pursued an industrial policy wherein it uses the powers of the state to achieve world dominance in an industry, in some cases using theft and outright extortion to secure trade secrets, information, and obeisance to the CCP’s dictums regarding censorship (which range all the way from Tiananmen Square to Winnie the Pooh).

Although China abandoned the central planning model much earlier than some of its counterparts in the USSR and satellite countries, it never really outgrew the Leninist political model, wherein the party follows “democratic centralism” (that is, the population obeys the party, and political matters are only up for discussion within the party and by top leaders of the party) and operates above the law rather than observing the rule of law. Not only is this model of governance defended strenuously both at home and abroad, but in keeping with their view of its superiority, the CCP has “[adhered] to the advantage of concentrating the country’s resources to do big things” by centrally manipulating China’s economic development.

That is, China still behaves like a communist country in that they allocate economic resources towards sociopolitically key areas in order to advance the goals of the communist party. Once an industry is identified as strategically important, the party-state will mobilize all necessary resources from across the country to develop this industry. The party-state will also designate some domestic firms as rising stars or national champions, and at the same time erect barriers to foreign firms entering the industry. With a large, protected domestic market, the designated firms will be able to quickly realize the necessary scale and to lower unit production costs. Once the designated domestic firm becomes efficient, the party-state will support it as it goes out and dominates the world market. In this sense, China’s industrial policy is more like a strategy of a giant corporation — China, Inc.

Take, for example, the case of China’s electric vehicle (EV) battery firms. In addition to mandating that electric vehicle producers choose from a list of local suppliers (or risk facing the loss of subsidies as well as the ire of the government), China also acquired massive reserves of raw materials (such as cobalt) with government sponsorship. After taking these steps, China has become the world leader in EV battery production and has the largest EV battery firm. Each of the top 10 providers in China are Chinese, as are three out of five of the largest suppliers globally.

Or the solar power industry, in which China has gone from being tangentially involved to the global leader in producing photovoltaic panels in a relatively short span of time. In addition to massive subsidies, regulatory benefits, and a global search for top talent, the Chinese government was also able to lower costs by allowing firms to bypass the proper disposal of poisonous byproducts of solar panel production and instead dump them near neighboring villages without facing domestic repercussions.

While laws might get in the way of externalities like improper toxic waste disposal occurring in the U.S., China disregards seemingly any rules that might impede the party’s goals. For instance, in 2004, it was decided by the State Council that China would embrace high-speed rail travel. Domestic trains, however, were not up to the task, being considered too unsafe for passenger transportation. Their solution was to aggressively acquire the necessary technology, legally or illegally. First, the Hexie series of trains was created using control systems from a French firm, transmission technology from German ones, and power dispersion systems from the Japanese. Then, the Fuxing series was created for export, having been re-engineered to avoid violating foreign patents. Further, while the Siemens-Alstom merger has faced opposition in the EU due to concerns regarding the creation of a monopoly, the Chinese government allowed its largest rail firms to merge into one that controls over 90 percent of the domestic market. Though as an economic investment, China’s massive subsidies of high speed rail are a long way from breaking even, in terms of projecting political influence the investment is paying dividends.

The shared theme among all of these cases is that when a foreign firm is competing with a Chinese one in an industry that has been selected to advance the goals of the party-state, then the foreign firm faces an uphill battle indeed. Or, in the words of one American solar executive, “Free money is impossible to compete with.”

One of the obvious implications of China’s “state-led, mercantilist” policy is that the party-state’s goals go beyond mere economic concerns. Secretary of State Pompeo has noted that China has been stealing not only industrial secrets but military ones as well. And Christopher Wray, director of the FBI, has recently revealed that China has attempted to infiltrate academic institutions as well as pharmaceutical firms in order to spy on research related to COVID-19, with an eye towards taking credit for a vaccine or cure.

Recently, democratic countries have begun to take measures to counter China’s predatory practices, such as demanding the trading relationships with China to be fair and reciprocal. The Inter-Parliamentary Alliance on China (IPAC) enjoys bipartisan support in a variety of countries. And if democratic countries can effectively sanction unfair trading practices in a cooperative fashion, this may be an important step towards curbing the more harmful aspects of China’s industrial policy.

Matthew Farrell is a doctoral candidate and Shaomin Li is a Professor at Old Dominion University. This commentary is based on their research article, “China’s Industrial Policy and Its Implications for International Business,” forthcoming in the European Journal of International Management.