Commie Watch,Top Story Beijing,China,COVID-19,FBI,health care China’s Grand Theft - The American Spectator | USA News and Politics
Menu
Commie Watch
China’s Grand Theft
It will do whatever is necessary to become the world’s leading superpower, including engaging in a global campaign of economic espionage.
by Lee Edwards
BeeBright/Shutterstock.com 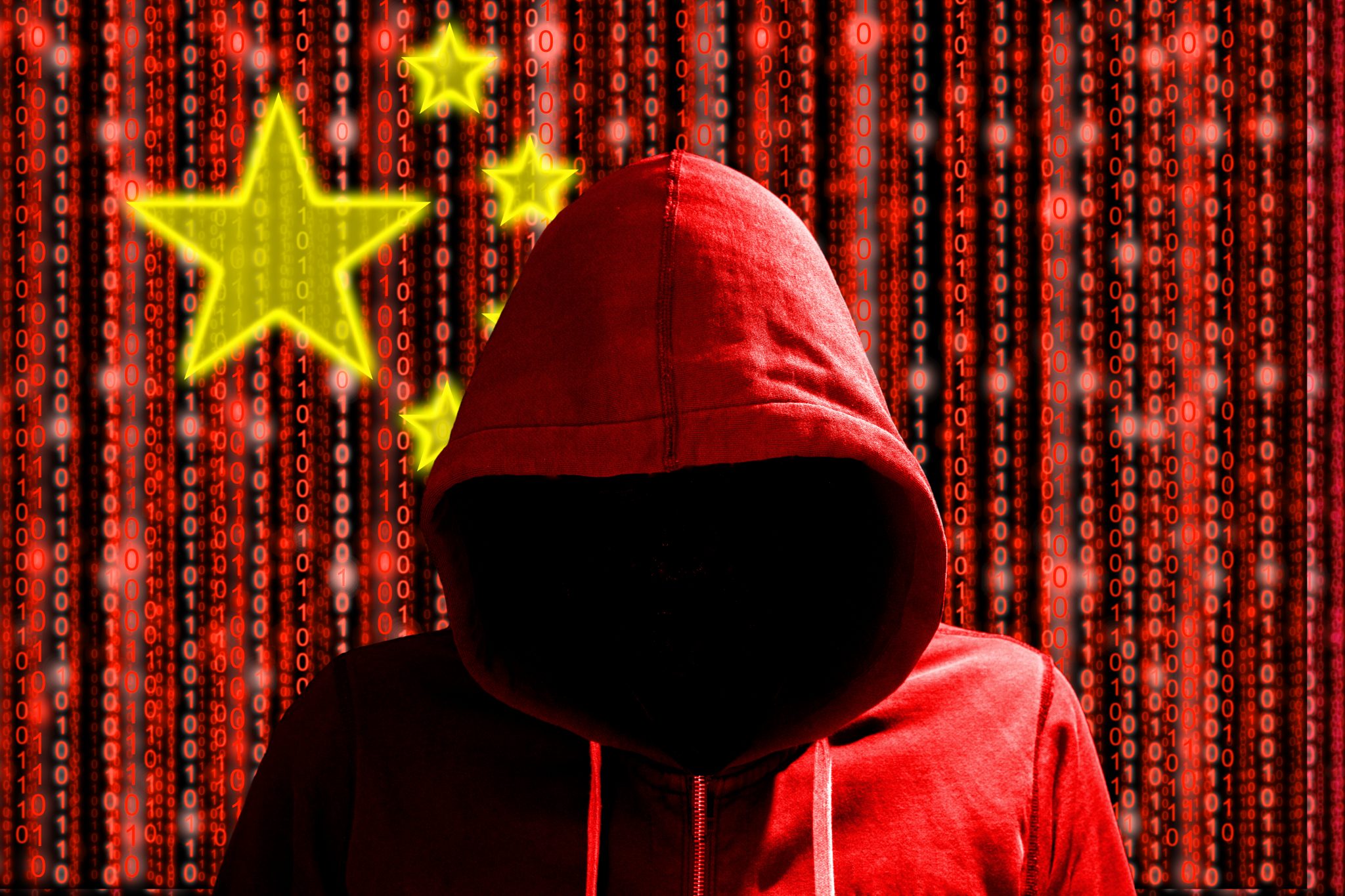 Grand theft auto is a persistent crime in America, a felony in most states with jail sentences up to 10 years and a fine of $10,000, depending upon the value of the car and any valuables left inside. Car theft is a lucrative pursuit. Thieves steal an average of 2,400 vehicles a day for a grand total of around 873,000 stolen cars in 2020, a 9 percent increase over the previous year. It is a telling sign of our times that one of the most popular action/adventure games is Grand Theft Auto, with over 280 million units sold. Now imagine a gang of thieves organized to steal not our cars and trucks and RVs but an invaluable national resource: our research and development in modern technology.

Who is this gang of thieves? The “gang” in question is the government of a country with a population four times that of the United States, a booming gross domestic product second only to America’s, and a totalitarian political system with global ambitions. The country is the People’s Republic of China (PRC) — Communist China — and the organization responsible for its policies is the Chinese Communist Party.

America’s economic edge has always depended upon its innovative R&D, but if China succeeds in continuing to steal our nation’s intellectual secrets, that edge will disappear.

In the past, Communist China occupied itself primarily with feeding, housing, and satisfying the material demands of its people. Today, Communist China spends much of its time and money calculating how to stand athwart the world like a modern-day Colossus. It is prepared to do whatever is necessary to become the world’s leading superpower, including engaging in a global campaign of economic espionage.

This is not hyperbole. Of 5,000 active FBI counterintelligence cases, approximately one-fifth of them deal with China. Sixty percent of the bureau’s trade secret cases involve China. Right now, says the bureau, Beijing is working to compromise American health-care organizations, pharmaceutical companies, and academic institutions conducting critical COVID-19 research. In 2019, U.S. members of CNBC’s Global CFO Council were asked if their company doing business in China had recently been the victims of intellectual property theft. One-fifth of them said yes. Council members include several of America’s largest companies, such as Facebook, IBM, Johnson & Johnson, Marriott, PepsiCo, and United Airlines.

The National Institutes of Health (NIH) revealed in April that more than 500 federally funded scientists are under investigation for being “compromised” by China and other foreign countries. A typical scientist-as-thief is researcher Song Guo Zheng, who pleaded guilty to lying on applications for NIH grants totaling $4.1 million. He admitted that he used the U.S. government funds to enhance Chinese expertise in rheumatology and immunology.

At the Hudson Institute last year, FBI Director Christopher Wray said that “the greatest long-term threat to our nation’s information and intellectual property, and to our economic vitality, is the counterintelligence and economic espionage threat from China.” The latest annual survey of national security threats conducted by the Office of the Director of National Intelligence sounded a similar alarm, concluding that Chinese technology theft and espionage remain “the top threat” to U.S. competitiveness. America’s economic edge has always depended upon its innovative R&D, but if China succeeds in continuing to steal our nation’s intellectual secrets, that edge will disappear.

China’s targets include Fortune 500 companies and Silicon Valley startups, respected academics and think tanks. China extracts concessions from multinational corporations in exchange for market access. It requires the corporations to surrender source code, store data on platforms based in China, invest in Chinese companies, and permit the Chinese government to conduct security audits on its products. It is a rare U.S. corporation that will deny such concessions, since they fear losing entry to the enormous Chinese market. The annual cost of China’s intellectual property theft is difficult to calculate, but estimates are about $50 billion per year, based on the findings of the Trump administration.

The man on Main Street as well as the investment banker on Wall Street is a target. In 2015, China’s hackers stole the personal data of 80 million current and former customers of Anthem Insurance. Its hackers also stole more than 21 million records from OPM — the federal government’s Office of Personnel Management. As Wray points out, this kind of theft feeds into China’s development of artificial intelligence (AI). Communist China uses AI software to track down political opponents such as the Hong Kong demonstrators and “undesirable” populations like the Muslim Uighurs in western China.

Communist China has acknowledged that it must make large leaps in cutting-edge technologies to surpass America and that it cannot accomplish this with its own state-directed economy. Chinese Premier Li Keqiang told a Communist Party meeting, “Our capacity for innovation is not strong, and our weakness in terms of core technologies for key fields remains a salient problem.”

For China, the solution is simple: intellectual theft on a scale never seen before in modern history. As U.S. Assistant Attorney General John Demers put it, “China wants the fruits of America’s brain power to harvest the seeds of its planned economic dominance.”

China’s thieves are everywhere. One of its intelligence officers posed as a headhunter on a social media platform and offered an American scientist a large sum for “consulting” services. The American realized that the “consulting” was related to sensitive information he had as a military intelligence specialist. He reported the suspicious contact to the FBI.

Not everyone turns down such fulsome offers. Charles Lieber, chairman of Harvard’s Department of Chemistry and Chemical Biology, was indicted for making false statements to U.S. authorities about his participation in the Thousand Talents Plan, a PRC program that offers mainly Chinese scientists working overseas “lavish financial incentives” to bring their expertise and knowledge back to China. Lieber concealed from both Harvard and the National Institutes of Health that the Chinese government was paying him, through the Wuhan Institute of Technology, a $50,000 monthly fee plus $150,000 in living expenses and over $1.5 million to establish a laboratory in China.

Hongjin Tan, a Chinese national with permanent resident status, enrolled in the Thousand Talents Plan and proceeded to steal, according to the FBI, more than $1 billion worth of trade secrets from his former U.S. employer — an Oklahoma-based petroleum company. Shan Shi, a Texas-based scientist, was sentenced to prison for stealing trade secrets regarding syntactic foam, an important substance used in submarines. As a participant in the Thousand Talents Program, Shi promised to “digest” and “absorb” relevant technology in the United States. He acted on behalf of a Chinese state-owned enterprise, which planned to put the American company out of business and capture the market. The American company had spent millions of dollars developing the technology. Communist China could not duplicate the work and instead paid to have it stolen.

Although we do not know precisely what happens when technology is stolen, we do know that the information is usually given to one of China’s universities, which then applies for patents based on the technology. The government distributes the patents to selected Chinese companies, which usually report spectacular advances in their field. The giant Chinese telecommunications company Huawei, for example, acquired an incredible 56,000 patents on 5G and artificial intelligence without spending much of its own money on R&D. Because of the illegal efforts of China’s far-flung spy ring, Huawei didn’t have to.

China is obliged to depend upon spies, bribes, and theft because its system of centralized decision-making stifles technological innovation. The Chinese Communist Party does not dare permit a real entrepreneurial spirit to flourish in China for fear that economic freedom would lead to political freedom threatening its hold on the levers of power. The Chinese Communist Party looks to intellectual property theft to fill the technological gaps, but this grows more difficult with the aggressive policing of the FBI and other U.S. agencies.

Stung by criticism, Communist China claims it has created courts that have prosecuted many cases of intellectual property theft. But Chinese court records are hard to come by, and several corporations have complained their cases have been dismissed by courts friendly to Chinese businesses. Such an outcome is not surprising in a land in which the law is what the Communist Party says it is.

What is to be done? Walter Lohman, director of the Heritage Foundation’s Asian Studies Center, has suggested that U.S. policy toward China should “go big,” dealing with national defense and diplomatic as well as economic issues. It should avoid protectionism and focus on measures that restrict purchases by companies controlled by the Chinese Communist Party. It should build a united front of action with allies such as Australia, Japan, the Philippines, South Korea, and Thailand. It should call out China’s widespread use of forced labor in Xinjiang and extend refugee status to Muslim Uighurs fleeing persecution in China. America must expose China’s tactic of applying diplomatic and economic pressure to secure support in international organizations. Citing China’s intellectual property theft before the next meeting of the World Trade Organization would be a good place to start.

Certain to capture worldwide attention would be U.S. pressure on the International Olympic Committee to postpone the 2022 Beijing Olympics and select a new host country. Postponement of the Olympics, let alone a transfer of venue, would constitute an enormous loss of face by China and the Communist Party.

The time is far past for America to take decisive action against China’s grand theft and treat it for what it is: a serious violation of international law that merits severe penalties, including condemnation by the global community.

The Chairman Emeritus of the Victims of Communism Memorial Foundation, Lee Edwards is The Heritage Foundation’s Distinguished Fellow of Conservative Thought.