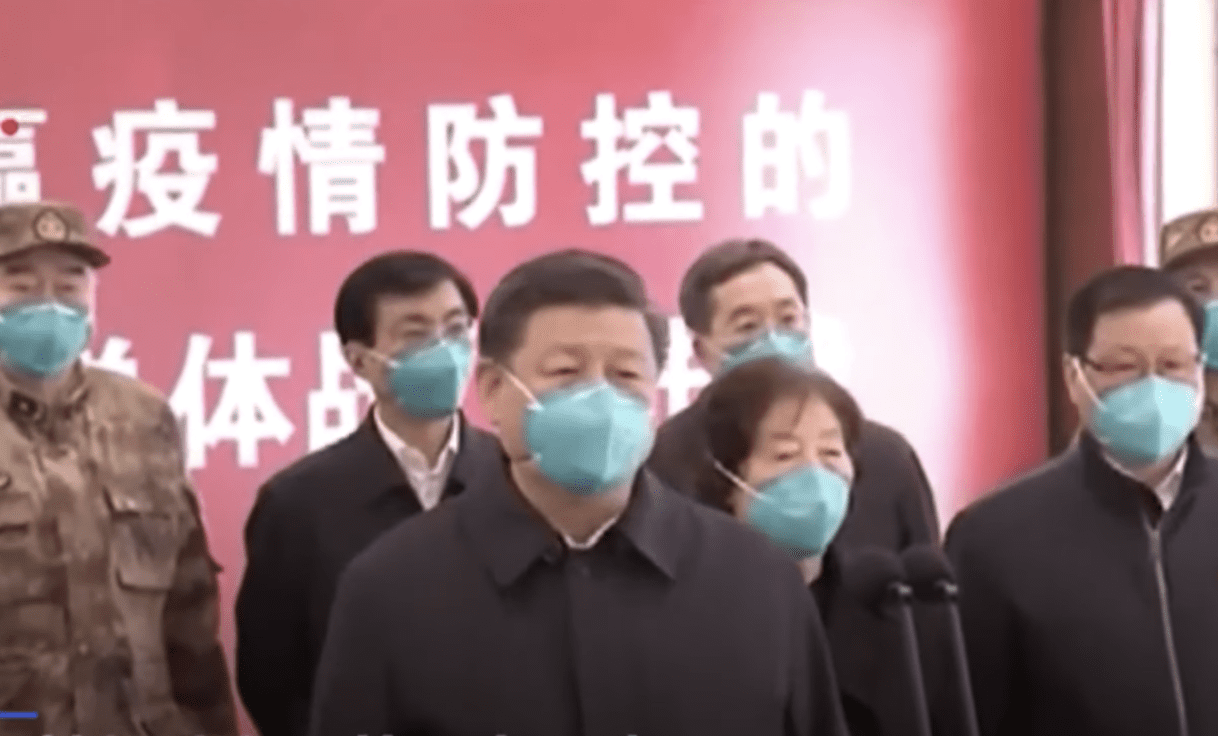 The coronavirus pandemic, which emerged in China in December 2019, shows no signs of abating. As of March 12, the World Health Organization reported 124,518 confirmed cases globally, with 80,980 of these in China, resulting in 4,607 deaths to date — the vast majority of them also in China, with a significant concentration of these in Hebei province, where the outbreak initially occurred. While various theories of its provenance have been advanced, given the Chinese government’s lack of transparency, we may never know the true cause.

What we do know from this lack of transparency is that the Chinese Communist Party’s (CCP) mask has slipped, and the emergence of COVID-19 and its aftermath represent a microcosm of a wider CCP modus operandi. As China enters its fifth decade since the implementation of Deng Xiaoping’s economic liberalization policies, Deng’s admonition that China should “hide its strength and bide its time” has given way to a more aggressive China on the world stage. As its role in a developing global pandemic reveals, the CCP is more interested in controlling the narrative than in public health (both domestically and globally). What we do know of its behavior in the wake of the virus’ appearance — draconian measures including mass quarantines, an already pervasive surveillance regime being stepped up, the aforementioned lack of transparency (including early attempts to downplay the existence and severity of the outbreak), and attempts to obfuscate the source of the virus — confirms what China “hawks” (long a lonely minority in Western policy circles) have long believed. China is an increasing threat to harmonious international relations, and it risks upending an already fragile rules-based order.

While China as an existential threat to global comity may only now be dawning upon the cognoscenti, it has been a long time in coming. China was admitted to the World Trade Organization (WTO) in 2001, only a few years after President Bill Clinton and then-Premier Zhu Rongji pledged to build a “constructive strategic partnership.” While George W. Bush campaigned for president on a platform of a rising China as neither partner nor enemy, the U.S. since the time of the Clinton administration has actively promoted China’s further integration into the world economy and its cooperative organizations. China has responded to this warm welcome into the global commons by pursuing mercantilist trade practices in violation of WTO rules, engaging in wholesale theft of intellectual property, threatening its neighbors through provocations in the South China Sea, and engaging in “gunboat diplomacy” throughout the developing world with its Belt and Road Initiative in a manner that would make Vito Corleone proud. Domestically, it has oppressed Uighurs, Tibetans, Falun Gong, and other minority or disfavored groups, and it continues to tighten its grip on Hong Kong through its suppression of civil liberties.

The prospect of a liberalizing China (along with its low-cost labor base and massive potential consumer market) integrated within the world economy was sufficiently tantalizing to encourage trading partners and transnational organizations alike to look the other way as the rules and norms of international economic and political relations were routinely flouted. Moreover, in the U.S., China’s size and economic potential encouraged an approach shared by the policy establishment and private sector comprised of one part blind hope (that China would evolve into a market-based democracy respectful of the international order) and one part self-enrichment (sometimes known as grifting). As China “hid its strength and bided its time,” its conduct hollowed out an already depleted American industrial base, as it also extended its reach economically and diplomatically such that it has largely displaced American influence in much of the developing world, with Africa as a prime example. Moreover, and most critically, a significant number of industrial supply chains rely heavily upon China, a risk not fully appreciated by the business and political classes as corporate earnings and stock prices rose, jobs were offshored, and America’s international profile waned.

Only with the election of President Trump and his focus on “fair trade” has China’s role in the international order become a larger part of the public debate. While Trump all too often engages in the “politics of personality” with world leaders, he has rightly called out the Chinese government on trade and economic matters (although less so on geopolitical flashpoints). Statements from other U.S. political leaders, including House Speaker Nancy Pelosi, suggest an opportunity exists for a bipartisan approach to challenging China more aggressively when it acts outside of established norms.

As in a house infested with termites, China has exploited a rickety rules-based order already under assault on many fronts, including from the Trump administration. The fault in this lies not with the Chinese people — the inheritors of one of the world’s great civilizations — but a CCP-led regime that games the international system and not only has failed to liberalize but also has become increasingly repressive, as amply evidenced by its control of information, domestic surveillance regime, and aggressive propaganda efforts abroad, all on vivid display since the COVID-19 outbreak.

All nations face choices. Ours is whether to continue to tolerate a dangerous and at times hostile international actor while our pockets continue to be picked or to confront it on its norm-breaking behavior with our full arsenal of soft power. After having eagerly and successfully advocated for China’s inclusion in the world economic order, the option of “taking our ball and going home” is no longer available.

China, too, has a choice. It can become a responsible member of the international community and continue to reap the economic benefits of such relationships, or it can continue to engage in rogue, norm-defying behavior and become a significantly more culturally and economically relevant version of post-Soviet Russia, given its size and economic might — feared by all, respected by few, and trusted by none.