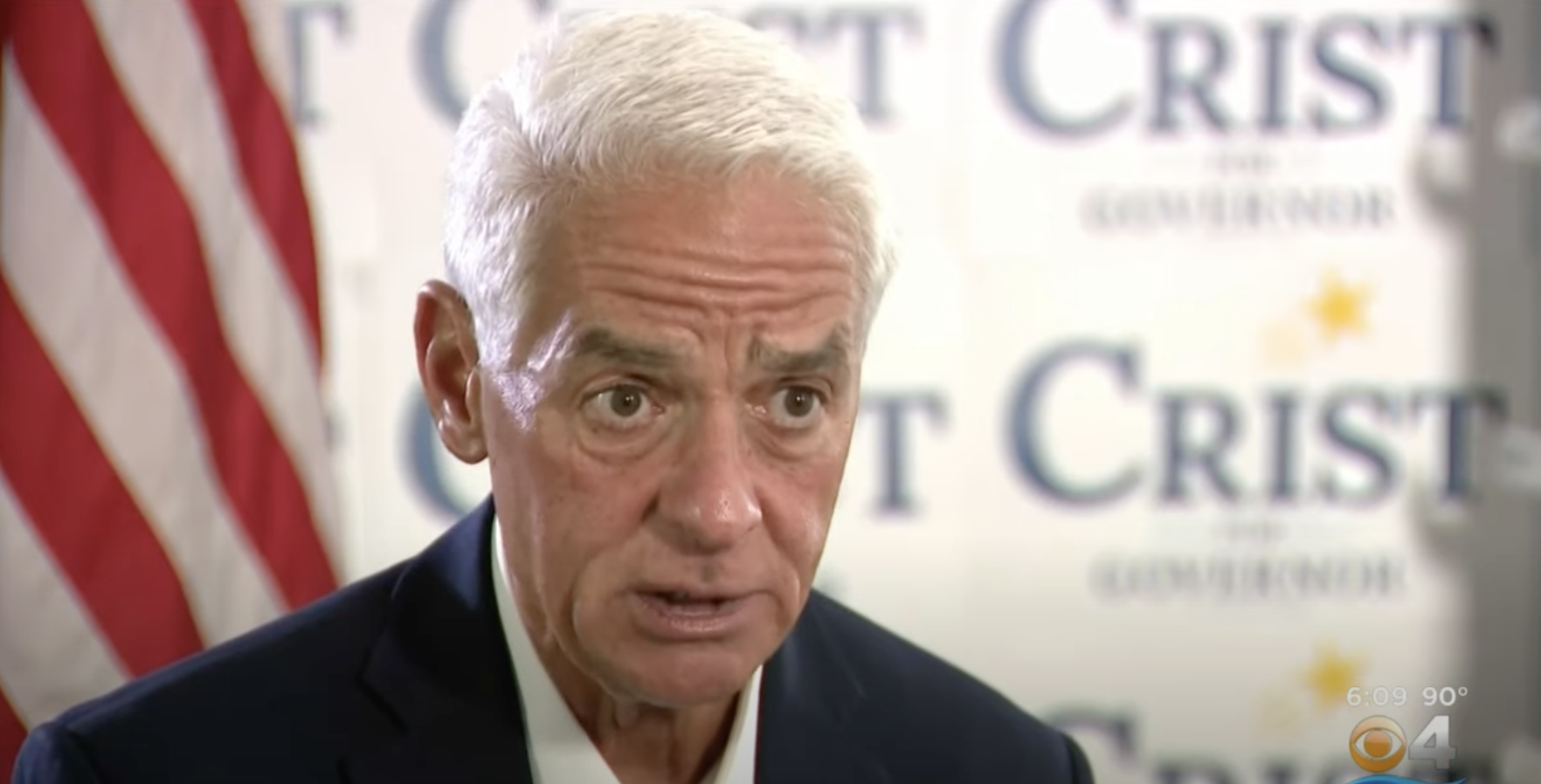 Well, this is amazing.

Rep. Charlie Crist, the career politician and one-time Republican who switches parties like other guys switch neckties, is the Democrat nominee for governor against the GOP’s Gov. Ron DeSantis.

And Crist has made it abundantly clear that he hates, yes, his fellow Floridians.

Now there’s an unusual campaign strategy. Cast yourself as Florida’s Hater-in-Chief and see if all those voters you hate will elect you governor. Fox News headlined this interesting approach by Crist as follows:

Fox reports the story this way:

“Those who support the governor should stay with him and vote for him. And I don’t want your vote. If you have that hate in your heart, keep it there,” Crist said during his first press conference in St. Petersburg as Florida’s Democratic gubernatorial nominee.

Crist added that he only wants the vote of those who “care about our state,” including “Good Democrats, good independents [and] good Republicans.” Crist said the “silent majority” spoke out during the state’s primary elections Tuesday night.

Where to begin with this garbage?

Let’s start with Crist saying, in a fit of irony that ignores his own unawareness:

If you have that hate in your heart, keep it there.

Um, hello? There is the new Democrat nominee for governor of Florida who is literally exhibiting the hate in his own heart and projecting that hate onto his fellow Floridians. He rambled on about DeSantis:

Got all that? Crist says he is “pro-women” — but he went out of his way to savage the woman who opposed him for the nomination, Florida Agriculture Commissioner Nikki Fried. Crist ran a campaign ad that accused Fried of demanding the arrest of Hillary Clinton and “was close pals with accused sex trafficker [Rep.] Matt Gaetz.” Yikes. Accusing your opponent of being close with an “accused sex trafficker” — and a congressman at that — would seem more than a tad over the top.

He says as well that he is “pro-African American” — yet he is out there allowing the racist, totally anti–African American critical race theory to run rampant in Florida schools.

And, oh yes, he says he’s “pro-Floridian” — but he is spending his time calling his fellow Floridians haters.

DeSantis has responded to all of this craziness by saying this to Fox’s Tucker Carlson:

This is his fifth decade running for office. He’s a typical career politician…. People support me because I kept the state open and protected their jobs. Charlie Crist wanted it locked down. So that’s not hate in their heart. They’re just appreciative that they had a governor who was standing up for them.

Over at Breitbart is the tale of NBC News’ Marc Caputo saying this on MSNBC:

Caputo said he spoke with over 20 Democratic consultants, activists, and lawmakers, and “none of them give Charlie Crist much of a chance” against DeSantis.

“[I] ‘ll tell you what Democrats make of the odds — both consultants, grassroots activists, lawmakers and former lawmakers, all Democrats, some Crist supporters, some Fried supporters — I spoke to more than 20 for the article we just moved; none of them give Charlie Crist much of a chance,” Caputo advised. “In fact, a Crist adviser said to me that this is basically the Powerball election.”

When career politician Charlie Crist, who switches parties like guys switch their neckties, runs on the platform that he hates his potential constituents — and exhibits that hate quite openly — his chances of election are, shall we say, less than good.