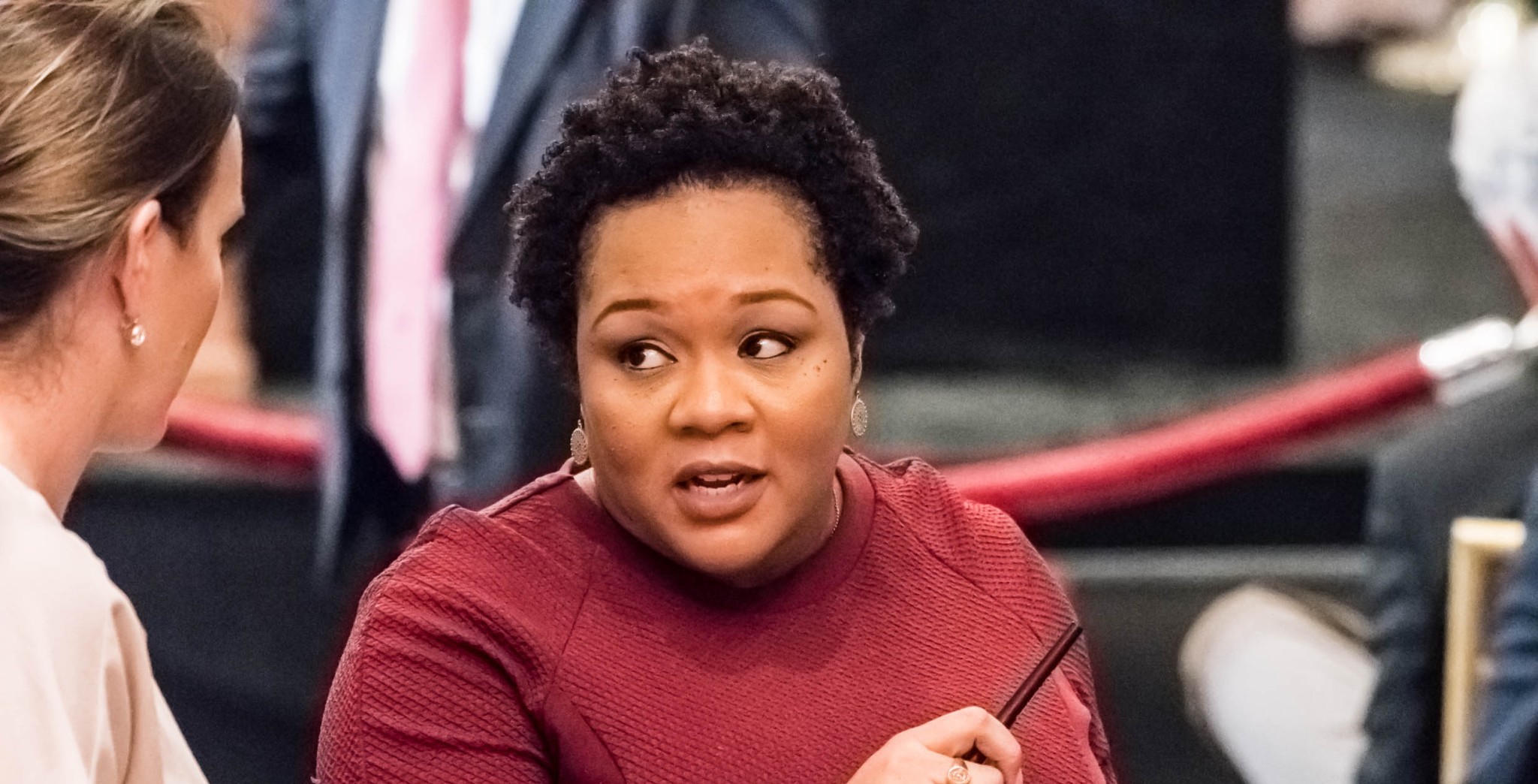 Catholic universities are on the front lines of a battle within the Church against an ever-growing group of pro-abortion Catholics.

Unfortunately, those institutions are not prepared to protect the Church’s teaching. Last month, for example, Duquesne University of the Holy Spirit failed to stand up for the unborn when it gave its first “Duquesne University Award for Ethics and Integrity in Journalism” to alumna Yamiche Alcindor, who is a Washington correspondent for NBC News, the host of the PBS show Washington Week, and openly pro-abortion.

In its initial announcement about the award’s recipient, the university’s president, Ken Gormley, stated that they chose Alcindor because of her “highest standards of ethics and integrity” in her reporting.

Alcindor, a self-proclaimed Catholic, did not live up to this high praise.

Instead, she used a roundtable with Gormley at the award ceremony as an opportunity to illustrate her personal bias in support of abortion.

She claimed that when she was in 10 to 15 states leading up to the midterm elections, she discovered that “every woman,” including both liberal and conservative women, was “uncomfortable” with the reversal of Roe v. Wade.

Alcindor’s statement is questionable, especially in light of reporting by her own network, NBC News. A 2022 midterm elections exit poll by the organization found that 87 percent of Republican women were “enthusiastic” or “satisfied” with the Supreme Court’s ruling in Dobbs v. Jackson Women’s Health Organization.

In an interview in September, Alcindor stated that abortion is a “human right.” Needless to say, this is in no way aligned with the Catholic Church’s teaching on abortion. The Catechism of the Catholic Church states, “Human life must be respected and protected absolutely from the moment of conception.”

Gormley must have missed Alcindor’s stance on abortion when he said in an interview with the Pittsburgh Post-Gazette that Alcindor was chosen for the award because of her dedication to reporting about “people whose voices are not often heard.” He went on to claim that Alcindor’s coverage aligns with the university’s Spiritan mission of ensuring that “all voices are heard.” “Spiritan” refers to the Congregation of the Holy Spirit, the religious congregation that founded the university.

This is not the first time that the university has made a decision that seemed to stray from its Catholic mission.

In a similar instance in 2007, the Duquesne University radio station received criticism after it accepted $5,000 from Planned Parenthood to run an ad campaign.

The ad ran for two days before it was pulled by school officials. The school then returned the money and a spokesperson at the time stated that the ads were ended because Planned Parenthood was “not aligned with our Catholic identity.”

This time around, there has been no such statement from the school, which supposedly prides itself on serving God through a “profound concern for moral and spiritual values.”

Where is the apology for giving a so-called “ethics and integrity” award to a vocal supporter of abortion?

Catholic Diocese of Pittsburgh Bishop David A. Zubik released a statement in response to that same funding proposal. He criticized the University of Pittsburgh, stating that it should stop exploiting human beings and begin to regard unborn children as “worthy of the same protection, dignity, and respect that all categories of persons are afforded.”

As The American Spectator has reported, Duquesne University is not the only Catholic institution of higher education being pulled away from the Church by the strong tide of a woke society.

At the end of 2021, students at the University of San Diego, a Catholic university, protested an on-campus pro-life talk by yelling obscenities and expletives at attendees, including clergy.

The Huffington Post wrote in 2020 about students who are fighting “for abortion rights” on Catholic campuses. It detailed the story of students at St. Mary’s College, a Catholic women’s college, who were attempting to start a pro-abortion club on campus. The school stated that, while they are “firmly rooted in the Roman Catholic Church,” they would live up to the school’s mission of encouraging students to explore their self-identities while in an “inclusive environment.”

The Catholic Church cannot live in denial about a significant portion of its flock’s diversion from Church teaching on abortion. A Pew Research Study conducted in 2020 found that 56 percent of U.S. Catholics believe that abortion should be legal in all or most cases, a number that has been steadily increasing over the past few decades.

The next generation of Catholic leaders and voters is being taught at Catholic institutions of higher education across the nation. The Church cannot stand by as these institutions leave behind the authority of the Church’s teaching.

Elyse Apel is the Social Media Coordinator for The American Spectator. Follow her on Twitter at @ApelElyse.