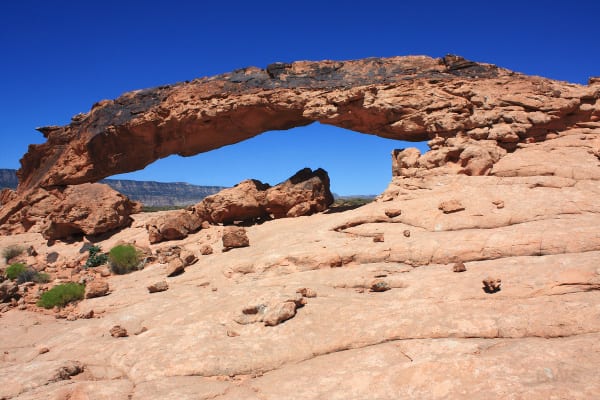 Since President Trump reduced the size of a couple national monuments in Utah, the chorus of critics has grown increasingly shrill, moving from press conferences expressing outrage, to lawsuits demanding reversal. Now the nation’s largest newspaper (the one back East) has uncovered what it considers one of the nation’s most embarrassing scandals — there are natural resources involved!

The paper’s crack reporters filed requests under the Freedom of Information Act, demanding public release of “secret” emails explaining why the Interior Department recommended, and President Trump approved, shrinking Bears’ Ears and Grand Staircase Escalante National Monuments. The Department readily released the documents (how refreshing), and what they revealed appears to have shocked the eastern press establishment to its core. Namely, top officials were aware that the two monuments included lands that contain valuable minerals, especially coal.

Well, you could have knocked me down with a feather when I read about this, except for one small detail — everyone already knew it. In fact, the presence of one of the largest coal reserves on Earth was precisely the reason President Clinton created Grand Staircase Escalante National Monument. A plan to reopen a once productive uranium mine was precisely the reason President Obama created Bears’ Ears National Monument.

Still, the headline screamed, “New evidence shows oil and coal were central in decision to reduce Bears Ears.” If you think our use of energy, to build the world’s most prosperous society, is destroying the Earth, I guess that might sound bad. But what’s really “new” about it? Presumably the emails themselves, and perhaps Interior Secretary Ryan Zinke’s explanation that the recommendation was not just about energy and minerals, but about “an approach in which we listen to the voices of the people, not Washington, DC, special interests.” That is a reference to the fact that all of Utah’s elected officials opposed the monuments in the first place, because they barred uses of public lands upon which local communities depend.

For example, one of the “scandalous” emails was sent to Interior from the office of Utah’s Senior Senator, Orrin Hatch, with a map showing the areas where valuable minerals are known, and advocating reopening those lands to multiple use. This is apparently considered a violation of some sense of propriety by people who oppose the use of public lands for anything but backpacking. But in fact, it is an accurate representation of the views of the people who live there. This is not the Orrin Hatch Fan Club, but he has been elected by the people of Utah seven times since 1976, and clearly knows the will of his people better than Clinton or Obama, neither of whom ever won Utah, or any of the counties in those areas. That’s probably why Clinton didn’t bother to announce the Grand Staircase in the State, but chose instead to deliver a rousing environmental address surrounded by friends in Arizona.

One of the Interior Department memos included the statement that “The Kaiparowits plateau, located within the [Grand Staircase] monument, contains one of the largest coal deposits in the United States.” Indeed, it contains at least 26 billion tons of coal, worth well over $1 trillion. In the late 1990s Andalux Resources, which held leases on 3,400 acres in the area, was planning an operation (underground, not strip mining) that would have generated 1,000 jobs, $1 million in annual revenue for Kane County, and $10 million a year in taxes, according to the same newspaper. So Clinton blocked it by making 1.7 million acres a national monument, even while acknowledging the importance of coal to America’s economy. It remains the Nation’s most abundant and affordable energy source, and in the West, more than half of all electricity comes from coal.

President Obama’s explicit plan to kill the coal industry significantly increased utility bills for average Americans, an upward trend that continues. In fact, most of the now-public documents — about 20,000 pages — detail years of work during the Obama administration to create new monuments, despite opposition from the local residents. That is one of the reasons voters pulled the lever for Donald Trump, the candidate who promised to reverse that trend, put the miners back to work, produce America’s domestic oil and gas instead of relying on imports, and reopen vast tracts of public lands that had been walled off.

Captain Obvious, of the popular TV commercials, would love the feigned shock of reporters who make the remarkable discovery that elections have consequences, and public officials might actually do what they promised.