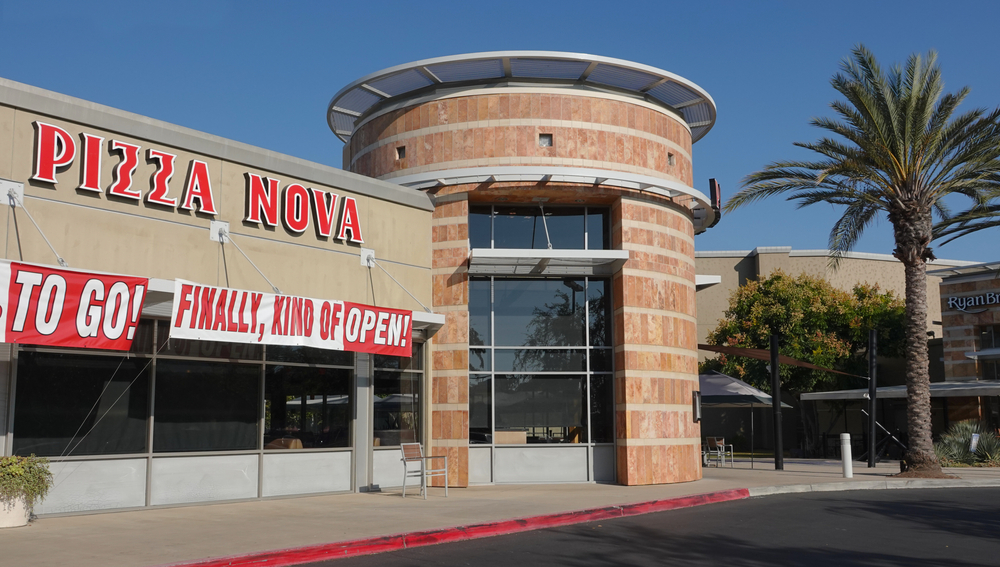 Over the weekend, my wife, kids, and I celebrated my mother’s 86th birthday at a restaurant. It was a weird feeling, sitting indoors and doing some of the things we used to do before the stay-at-home orders. Aside from the ugly and (probably) pointless plastic shower curtains that the restauranteurs had installed to separate the tables, everything else seemed closer to normal.

From a public-policy standpoint, life in the state Capitol is inching back to normal, too. State officials are proud of the state’s economic resilience even after the government shuttered the economy for more than a year. There’s an odd sense that everything is fine in California, but many of us know that a return to pre-pandemic life has its share of challenges.

At the onset of the pandemic, state officials had predicted a $54.3 billion deficit as they expected a major contraction in the economy. Instead, the finance department reported a $15 billion surplus. “The recession was not as deep as they had anticipated — mostly because wealthy people’s income soared on the back of a surging stock market,” the Associated Press reported in January.

This is the result of the state’s steeply progressive income-tax system. High earners have done remarkably well throughout the shutdowns. An economist friend of mine often talked about California’s winner-takes-all economy, whereby highly educated and entrepreneurial workers encountered unparalleled economic opportunities.

White-collar workers (including those of us who work for think tanks) continued their work from home. California’s government employees continued receiving their almost-unimaginable level of pay and benefits. Some of these state workers received modest and temporary cutbacks, but others actually received raises in the midst of the pandemic.

Instead of crashing, California’s housing market boomed, with multiple above-asking-price offers now the norm. The median home price statewide has topped $750,000, with the median above $1 million in the multi-county San Francisco Bay Area. Car prices have hit record highs. Many people still have disposable income and are busy spending it.

Even our unemployment levels are falling. “California’s unemployment rate decreased 0.2 percentage points to 8.3 percent in March as the state’s employers gained 119,600 jobs,” according to the latest state data. “California has now regained almost 44 percent of the 2,714,800 total nonfarm jobs lost in March and April 2020 due to the COVID-19 pandemic.”

The encouraging economic news, however, masks the economic devastation among lower-income workers and among small business owners. One sees homeless encampments nearly everywhere — by the sides of freeways, along residential streets and industrial areas. The evidence is more than anecdotal. The latest federal data shows that California’s homeless population grew 7 percent — and that was the year before the pandemic.

California continues to have the highest poverty rates in the nation when using the Census Bureau’s cost-of-living-adjusted metric. Of course, cost of living needs to be included in calculation. It takes a lot more cash to living in a metro area with $2,500 rents than it does in cities where one can find an apartment for a few hundred bucks a month.

So what did California policymakers do during the recent unpleasantness? Lawmakers have talked obsessively about helping the poor mainly by boosting transfer payments, but they’ve continued their policies that hit poor and working class people where it hurts most — on their ability to earn a living. I’ve written often in The American Spectator about Assembly Bill 5.

In 2018, the California Supreme Court issued its Dynamex decision, which imposed an “ABC Test” that employers must use when determining if they can use contractors as their work force. Bottom line: Companies are forbidden from using freelancers except in narrow circumstances. The union-friendly Legislature passed AB 5 codifying the decision — and tens of thousands of Californians lost their incomes in the midst of the shutdowns.

The law targeted Uber, Lyft, and other app-based transportation companies — but the results reverberated throughout the economy, and ensnared all sorts of old-line industries, including freelance writers, photographers, musicians, and sign-language interpreters. Former state Attorney General (now Health and Human Services Secretary) Xavier Becerra doubled down on the law and filed lawsuits against those companies that relied on contractors.

Following the blowback, the Legislature exempted 100 industries and voters approved a state initiative that exempted ride-share drivers from the law’s provisions, but we should never forget that California’s lawmakers actively tried to destroy lower-income jobs at a time when people needed them the most. As Assembly Member Lorena Gonzalez, the labor-allied San Diego Democrat who authored AB 5, famously tweeted, “These were never good jobs.”

While California officials were obliterating working-class jobs, the state bureaucracy failed miserably in its efforts to provide unemployed people with the benefits to which they were entitled. The California Employment Development Department, which is responsible for handling unemployment claims, paid out as much as $31 billion in fraudulent or questionable claims, including to inmates. That’s the key takeaway from one of the biggest scandals in the state’s history.

Equally appalling, the department answered only 1 percent of the calls made by legitimate claimants, who have waited months to receive their checks. This caused real suffering. The California government continues to push for far-reaching new programs (e.g., single-payer health care) even as it fails to manage its existing programs at the most basic level of competence.

With all the talk about helping the poor and minorities, the state’s public school systems continue to fail its students, 78 percent of whom are minorities. The California Teachers Association fought the school-reopening plan. Why not, given that teachers were paid already for staying at home? Gov. Gavin Newsom gave local unions veto power over reopenings.

At the same time, private schools (including the ones Newsom’s kids attend) were opening their doors and doing a decent job with distance learning. Given these failures, California Democrats should at least stop lecturing the rest of us about the travesty of poverty and inequality. In most of these examples, COVID-19 simply highlighted long-standing problems, but the state is unwilling to learn the right lessons.

We have the toughest occupational-licensing rules in the nation, which forbid people from working decent jobs without going through the costly and time-consuming state-mandated training and paying the requisite fees. There is zero appetite for reforming that system, but there are new state efforts to fine and arrest people in the underground economy.

During the pandemic, the state and local governments temporarily lifted some of their regulations regarding restaurants, nursing ratios, and alcohol delivery, and the world didn’t end. There’s no reason these burdensome rules should be re-imposed. Given the return to economic normalcy, however, I expect our politicians to get back to their normal way of doing things. And that’s the real problem.