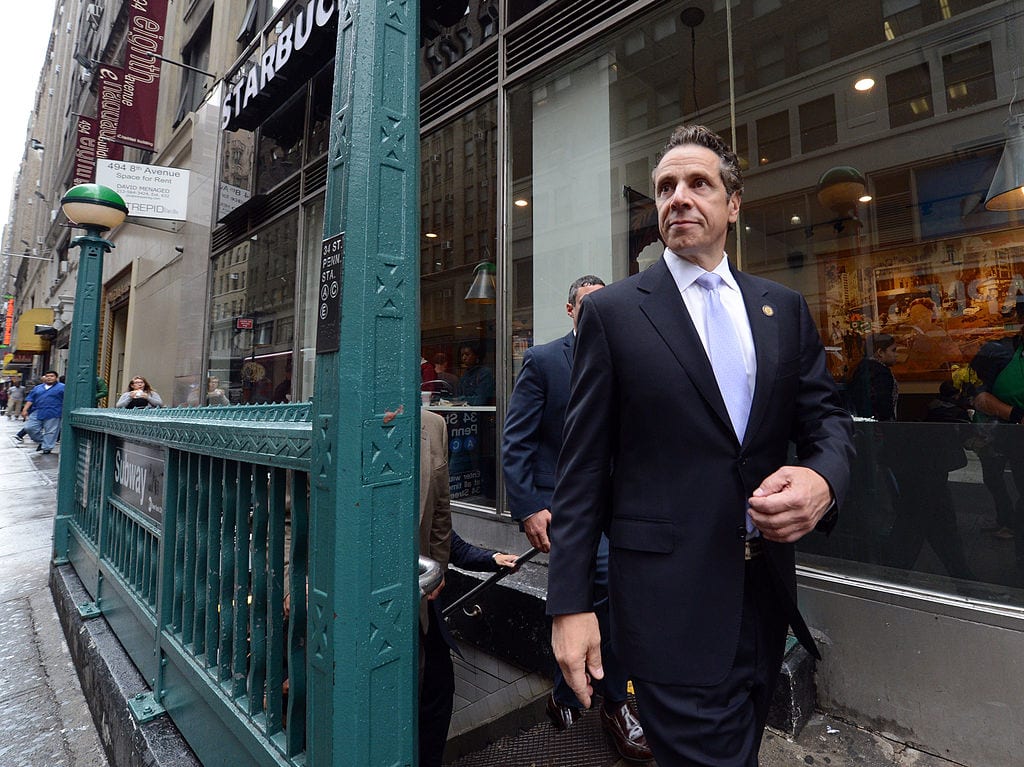 In an apparent case of Jerry Brown envy, New York Governor Andrew Cuomo has made it clear he will do what he can to assist anyone on Earth or the closer planets who wishes to crash the American party and live on our hospitality.

The Washington Times reports that Cuomo sent a “cease and resist” letter to federal immigration authorities demanding that they stop inconveniencing citizens of other countries living in New York illegally. He said he will issue an executive order to prevent federal ICE officials from making arrests at New York prisons and jails. He also says he will order New York state agencies to not ask anyone whether they’re a citizen of another country here illegally and to not give federal authorities any information that could lead to citizens of other countries here illegally being obliged to leave the U.S.

Do we need any further evidence that the position of the Democrat Party is that national borders are hate crimes, not a requirement of sovereignty (itself an increasingly suspect concept on the left)?

“I think it’s time a state (other than California?) stood up to ICE and made this case and let them know that people have rights,” the governor crooned. He accused the federals of “stoking terror among law-abiding residents.”

Of course the people Cuomo is conferring rights on are not American citizens of New York who don’t fancy picking up the tab for the care and feeding of a significant fraction of the Southern Hemisphere. No, those with the rights are those from elsewhere who’ve fetched up here uninvited. And what exactly he means by “law abiding residents” who are here illegally is anyone’s guess.

The Times suggests that Cuomo’s latest spasm has something to do with a looming primary challenge from actress Cynthia Nixon who is occupying the tiny sliver of political landscape to the left of Cuomo and making a lot of noise. The two are engaged in a more-open-borders-than-thou competition. Perhaps one of these two will attempt to lead that infamous caravan from the south straight to Manhattan, Queens, the Bronx, Brooklyn, Staten Island, and Albany. (I wouldn’t recommend they expand this to certain upstate precincts. They might get some blowback.)

Cuomo of course denied that his nullification edict has anything to do with New York politics (apparently forgetting for a moment that it’s a sin to tell a lie). No, Cuomo claims that he is responding to “lawlessness.” Not the lawlessness of citizens of other countries here illegally, but the lawlessness of immigration officials who attempt to return these folks to their own countries.

Red-blooded Americanos in fly-over country should not be concerned if none of this makes any sense to them. It’s not meant to. It’s a New York thing. Even a New York City thing. The further one gets out of the five boroughs of Gotham, the more daft it appears. It can’t be explained, only described.

Cuomo did not immediately return my phone call inquiring as to how many Mexicans, Colombians, Salvadorans, and Nicaraguans he plans to put up at the governor’s mansion in Albany. I guess he’s busy trying to stamp out all that lawlessness. A governor’s work is never done.