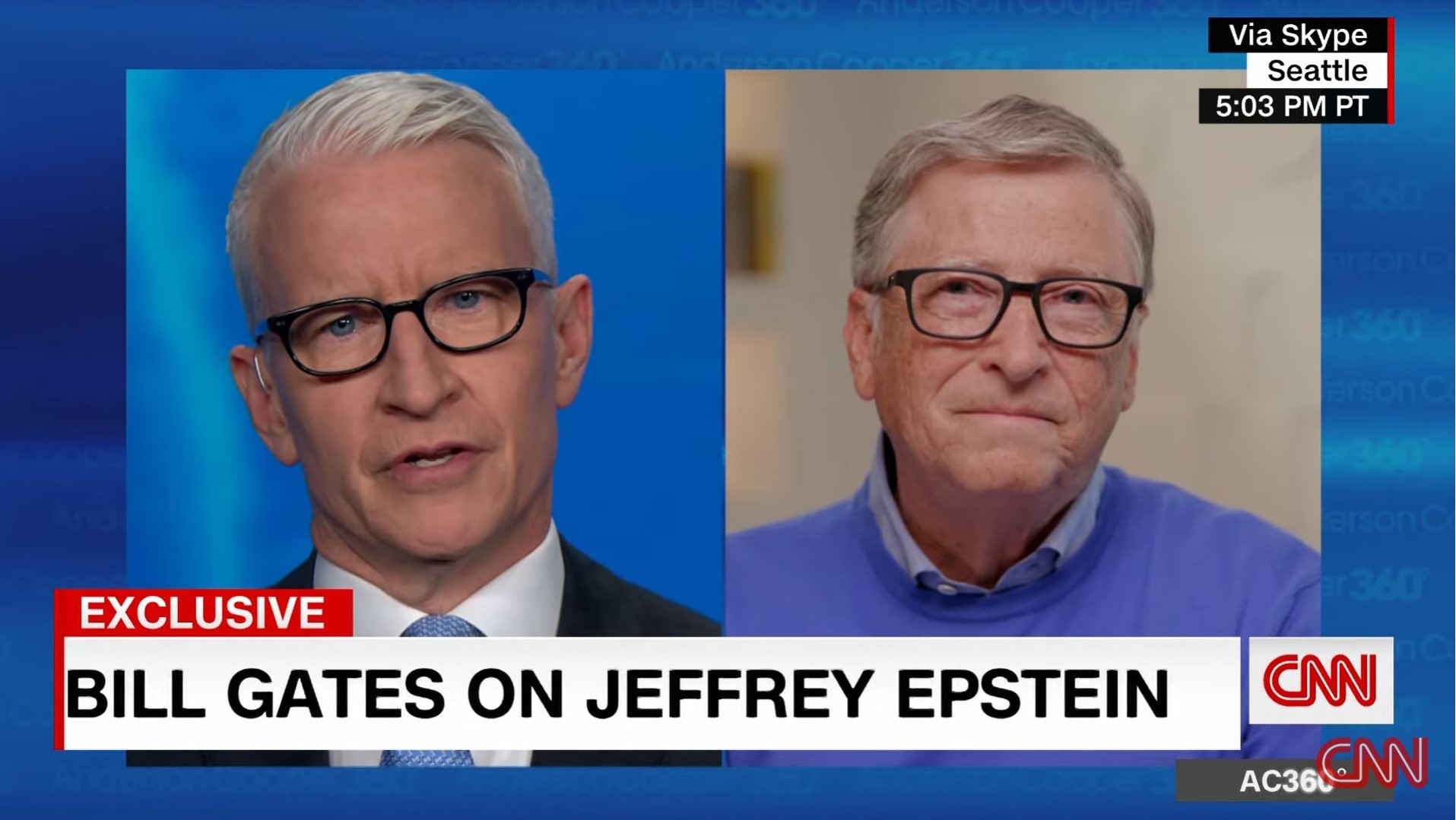 The billionaire businessman appeared on CNN’s Anderson Cooper 360 to lament the “very sad milestone” of his divorce from ex-wife Melinda Gates and to clarify his relationship with the disgraced Epstein. Cooper reported that Melinda Gates began to hire divorce attorneys in 2019 during Epstein’s scandal that publicly revealed her husband as a close contact.

Upon being asked if he had concerns over his friendship with Epstein, Gates said, “I had several dinners with him, you know, hoping that what he said about getting billions of philanthropy for global health through contacts that he had might emerge. When it looked like that wasn’t a real thing, that relationship ended.”

Gates further clarified his interactions with Epstein by categorizing them as a “huge mistake.” He answered questions about accountability by explaining that “you know, there were lots of others in that same situation.” He also signaled starting a new chapter, saying that he “needs to go forward.”

Even though Gates told the Wall Street Journal in September 2019 that he “didn’t have any business relationship or friendship with [Epstein],” that is clearly not the case.

Unlike other wealthy elites, he actually started a relationship with Epstein after Epstein’s convictions for procuring a child for prostitution and soliciting a prostitute. Gates fraternized with Epstein on multiple occasions starting in 2011, visiting Epstein’s Manhattan townhouse at least three times. Gates also flew on Epstein’s plane in March 2013 to Palm Beach, Florida. In November of that same year, Epstein and Gates conducted a private dinner discussing the Gates Foundation.

According to internal emails of MIT officials, Epstein also directed Gates’ donation of $2 million to the university’s media lab. Though the two’s relationship seemed to cool after that, Gates Foundation officials remained in contact with Epstein until 2017.

If Bill Gates was supposedly ignorant of Epstein’s abusive escapades, Melinda Gates surely was not. Upon meeting Epstein at his Upper East Side mansion with her then-husband in September 2013, Melinda was very uncomfortable and told friends that she wanted nothing to do with the convicted sex offender, as she was revolted by Epstein’s character and history.

Epstein previously evaded similar charges in 2008 when he secured a plea deal with federal prosecutors in Miami. Instead of facing federal charges, the hedge fund manager pleaded guilty to two state prostitution charges and served only 13 months of prison time. Though in prison, Epstein was allowed work release to leave prison up to six days a week. He was later required to register as a sex offender and pay restitution to the victims identified by the FBI. He died in his jail cell in August 2019 in an apparent suicide.