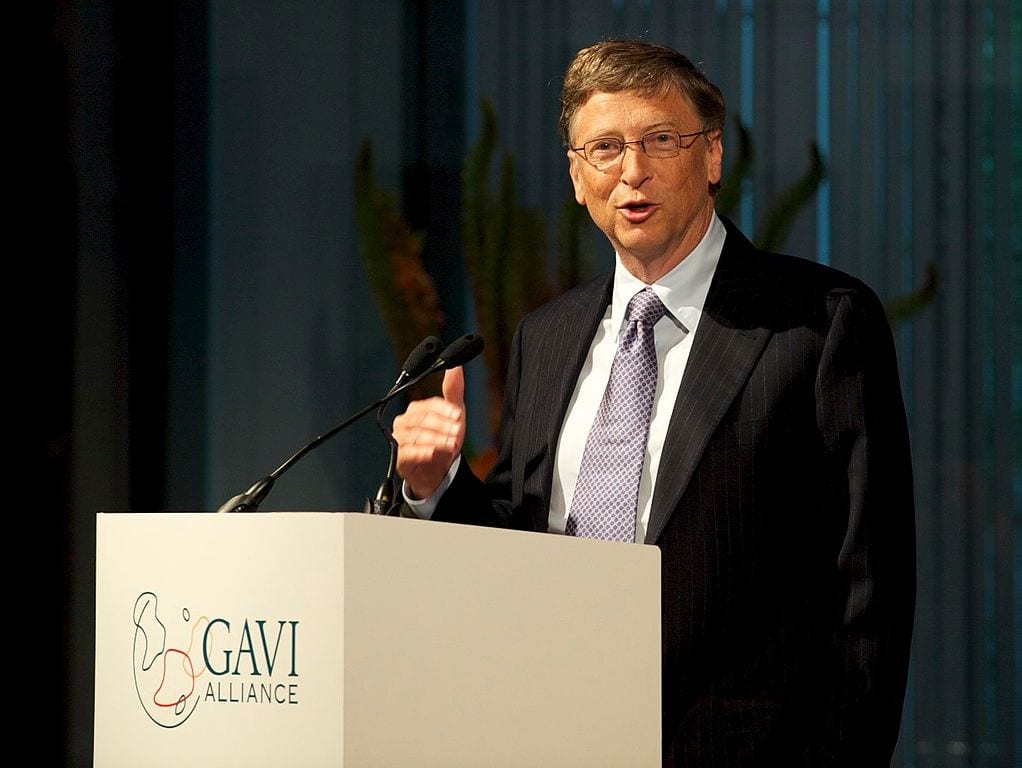 We’re told that students must have grit, tenacity, and perseverance to succeed in the 21st-century economy, and that schools should spend more time instilling those characteristics than actually teaching academic content. The poster boy for GT&P could be Bill Gates.

After wasting many years and billions of dollars on remaking American education in his own image, Gates is undeterred. True, his small-schools project crashed and burned. True, the Common Core standards that he spent boatloads of money developing and marketing have led to reduced academic achievement and are roundly despised by parents and teachers. True, despite pumping billions into classroom technology — replacing human teachers with machines — “we really haven’t changed [students’ academic] outcomes.” But he remains optimistic that the education establishment and parents will overlook his miserable record and embrace his new venture: telling us what curricula our schools should use.

Gates previewed his new project in a speech last fall. “Our goal,” he said, “is to work with the field to ensure that five years from now, teachers at every grade level in secondary schools have access to high-quality aligned curriculum choices in English and math, as well as science curricula based on the Next Generation Science Standards [NGSS].”

But Gates is nothing if not gritty, tenacious, etc. Despite worshipping at the shrine of data, and despite overwhelming data showing the failure of Common Core (see the last two rounds of results on the National Assessment of Educational Progress), Gates is determined to make it work. So his mega-billions will now be diverted to creating and evaluating curricula that will paper over the deficiencies of the standards.

The Gates-funded media outlet Chalkbeat reports that the curricula effort will focus on three goals: “funding groups that develop curriculums (sic) and then make them publicly available,” funding rating systems on curricula so that decision-makers will be nudged to adopt the high-scoring materials, and providing teacher training to help teachers use those materials effectively.

The second goal is particularly problematic, given that curriculum decisions are best made as locally as possible by people who actually know what they’re doing. (Gates has already gone down this road by financing a curriculum-rating outfit called EdReports.) “Quality” in curricula is a nebulous concept. Materials that require students to engage in projects and collaboration, with a healthy dose of social-emotional play-acting, may be considered high-quality in some areas (and in some foundations). In others, materials that focus on direct instruction in genuine academic content would win the competition. Local communities are different. So local curricula should be different.

But Gates can’t abide the concept of local control and diversity. His computer-geek mindset yearns for efficiency and uniformity, as evidenced by his infamous comparison of education to plugging kids into standardized electrical outlets. This was the whole point of his support of Common Core — to find the one “best way” of educating students and then impose it across the country. And of course, the “best way” should be determined by people who have really really large bank accounts and therefore are really really smart.

Gates can afford to be an education dilettante. For his children he chose a school in Seattle that doesn’t use Common Core (as most elite private schools don’t), so he and his friends don’t feel the effects when his experiments implode. But most Americans aren’t so blessed. When Gates and other billionaires use their vast wealth to dabble in education policy and buy influence with decision-makers, the ones who suffer are the families who are patted on the head and told to be patient, that this will work out fine as soon as we tinker with it just a little more.

This latest endeavor reveals a tone-deafness and lack of self-awareness that is quite remarkable. Gates’s recent blundering forays into education policy have made his name anathema to parents, teachers, and all citizens who object to the idea that billionaires, merely by virtue of their wealth, have any right to tell the rest of us what to do. And when such projects come on the heels of almost unmitigated failure, we begin to realize they indicate something other than grit, tenacity, and perseverance — they suggest something like megalomania.

Jane Robbins is a senior fellow at American Principles Project.