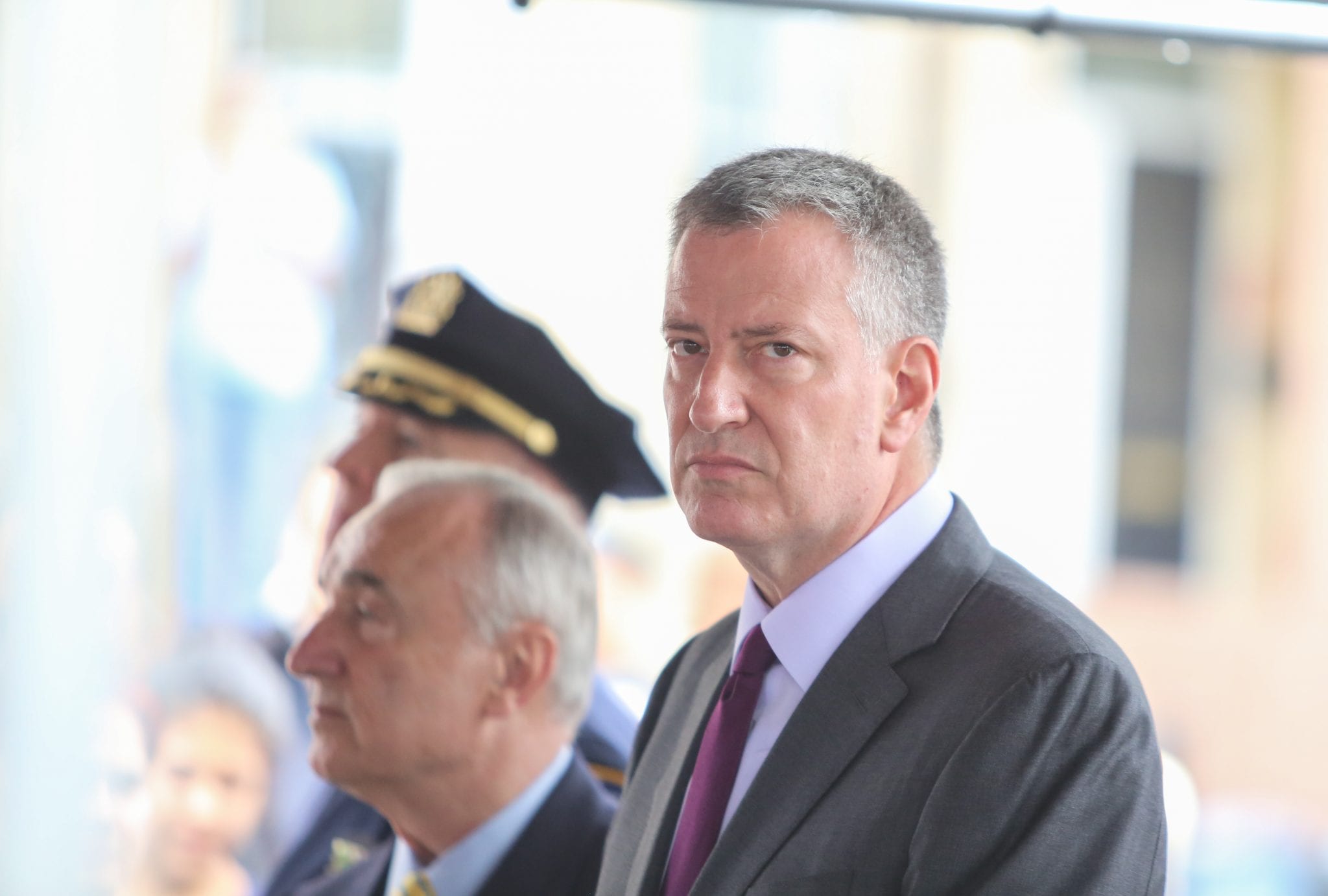 One can never start too early to plan for retirement, and a sound strategy for longevity begins by convincing your parents not to conceive you in the Big Apple, where 35 percent of all pregnancies end in a Big Abortion. New York City sees about four times more late-term abortions (after 21 weeks) than homicides.

Although the odds of an unborn baby making it through the birth canal alive in New York City fall shy of the chances of a Warriors gang member completing the perilous trek from Van Cortlandt Park to Coney Island, Mayor Bill de Blasio — steadfast in the conviction that equality is always greater than inequality — grasps that the city could do more to achieve parity between live births and abortions.

So, New York City, long a draw for immigrants, now calls for, in addition to the tempest-tossed, huddled masses, and wretched refuse, pregnant women in search of medical miscarriages.

New York became the first city in the United States to directly fund abortions this week. The city had already indirectly funded abortion through allocations to city hospitals and Planned Parenthood, and New York state subsidizes it through Medicaid. But here the mayor and city council agreed to a budget that includes a $250,000 allocation to the New York Abortion Access Fund (NYAAF), a nonprofit whose charitable works focus on terminating children in the womb, to pay specifically for abortions.

Like a free spray paint program for low-income youths during Abe Beame’s administration, de Blasio subsidizing abortion would seem unnecessary given the local enthusiasm for the procedure. The state already witnesses more abortions per capita than any other. But elsewhere — Alabama, Missouri, and Georgia, to name three places — politicians work to limit abortion. So, in addition to Broadway, Central Park, and the Empire State Building’s observation deck, abortion looks to become a magnet for travelers to the Big Apple.

“We heard the news on the abortion bans across the country,” City Councilwoman Carlina Rivera told the New York Times. “Many of us in New York felt helpless. We wanted to do more.”

This means a third of the fund goes to women traveling from outside New York to procure an abortion. Ms. Rivera believes free abortion (and not the Statue of Liberty?) makes the city a “beacon for the rest of the country.” One thinks of L. Brent Bozell Jr.’s Triumph magazine featuring a pregnant Lady Liberty holding a coat hanger to the skies on its cover. Parody becomes prophecy.

Speaking of satire, though the NYAAF grasps “that people who identify as men can become pregnant and seek abortions,” it takes a less inclusive tone toward class. The group excludes people of means from the pool of candidates deserving of their free abortions by focusing on “people [who] may be too poor to pay for abortion procedures.” The zeal to kill the unborn children of the disadvantaged recalls not only the overtly eugenic aim of early Planned Parenthood but Jonathan Swift’s eat-the-poor “Modest Proposal” as well. Some love the poor so much that they volunteer to play hit man on their children gratis.

The program pays for an estimated 500 abortions, less than one of percent of the 60,000 performed in the city annually. So, it works more as a symbolic middle finger to local taxpayers whose consciences reject abortion than it does as a substantive, comprehensive program. But with local leaders increasingly living by an all-politics-is-national ethos one could see politicians prioritizing abortion over education, trash collection, law enforcement, and other services better suited for city government.

Indeed, the “NYAAF does not try to speak for the motivations of our clients by framing abortion as an issue of choice. Reproductive freedom is a matter of social justice, not just an individual choice.” If increasing numbers truly see eliminating the most defenseless as a matter of justice, then it becomes a matter of time before freedom of choice becomes an entirely free choice — at least for the customer, repeat or otherwise.

And then those youngsters who survived public policy encouraging their destruction can sing, with new meaning, along with Frank Sinatra, “And you bet baby/If I can make it there/You know, I’m gonna make it just about anywhere.”