by David Catron
Joe Biden launches his presidential campaign on May 18, 2019, in Philadelphia (Matt Smith Photographer/Shutterstock.com) 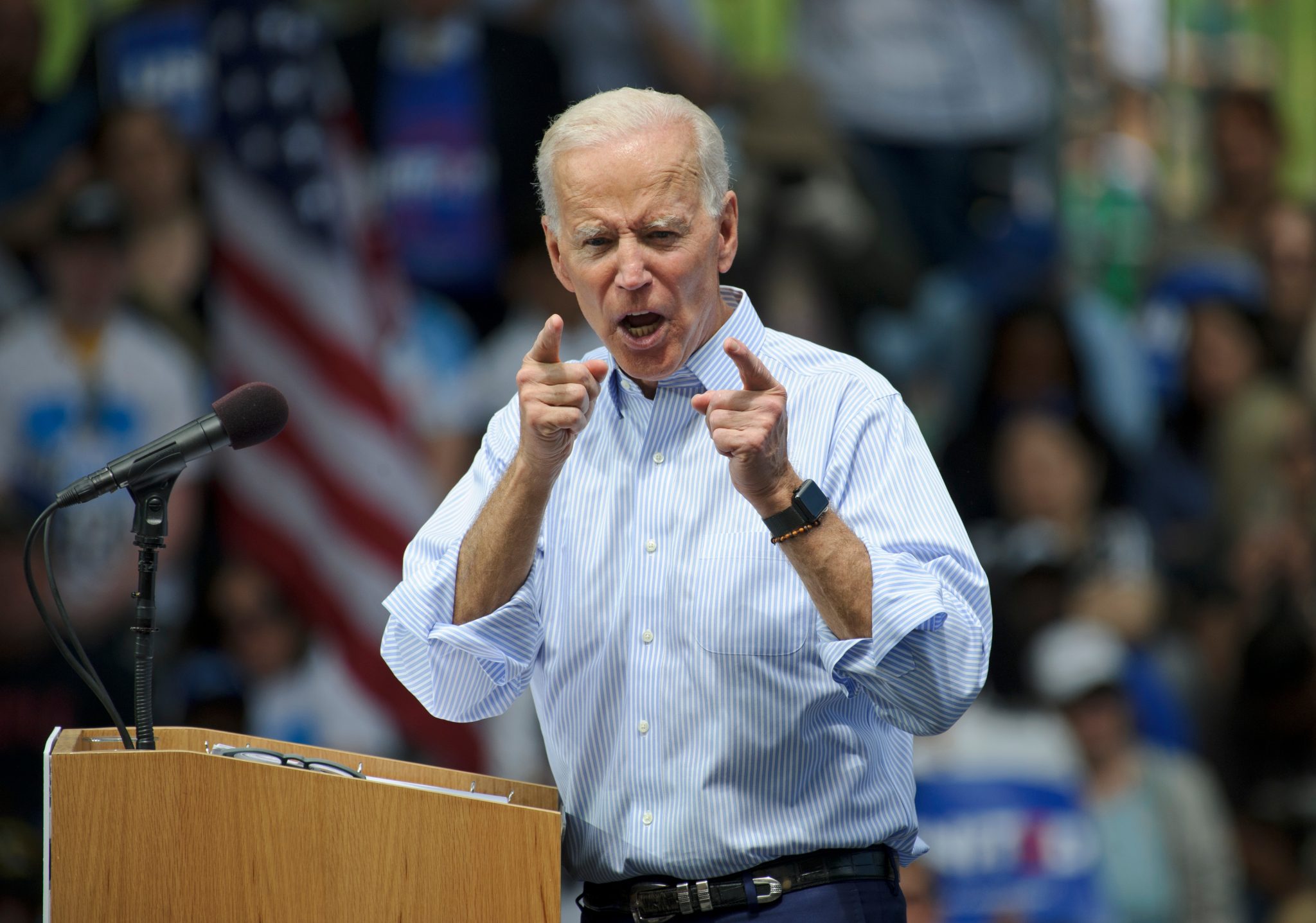 One reason it’s difficult for any politician, regardless of reputation, to unseat an incumbent president involves the difficulty of remaining statesmanlike while engaging in partisan politics. From the birth of the republic until the late 19th century, candidates managed this by “standing for office” while their surrogates handled the cut and thrust of day-to-day campaigning. Today’s presidential challengers enjoy no such luxury. They are expected to get out among the voters and explain how they would do a better job than the incumbent. In a time of national crisis, this must be accomplished without exploiting the emergency and appearing cynically opportunistic. Joe Biden has already committed this fatal blunder.

The former vice president has attempted to exploit the coronavirus pandemic to gain political leverage from the moment the outbreak spread to the United States. Biden has personally peddled false charges concerning the Trump administration’s response to the crisis and directed his staff to run campaign ads that deliberately distort the facts. This conduct has been so irresponsible in some cases that even news outlets whose ideological inclinations would normally render them supportive of his candidacy have taken him to task. The Washington Post, for example, awarded Biden four “Pinocchios” last Friday for promulgating deceptively edited videos that created a false impression of the president’s words:

Biden’s ad presents two separate and distinctly different examples of manipulated video…. Ultimately, the seriousness of the coronavirus outbreak, the fact that Trump had clarified his comments on the matter before the ad was released, and the blatant way the Biden camp isolated his remarks about the American Dream pushed us to Four Pinocchios. Campaigns must be willing to make their case without resorting to video manipulation.

This is by no means an isolated offense. During last Sunday’s Democratic debate, Biden leveled a charge at the Trump administration that was not merely false but also betrayed considerable ignorance about public health: “Look, the World Health Organization offered the testing kits that they have available and to give it to us now. We refused them.” In reality, there was no such offer. Kaiser Health News quotes World Health Organization (WHO) spokesperson Margaret Harris as follows: “No discussions occurred between WHO and CDC about WHO providing COVID-19 tests to the United States.” The Coronavirus Task Force also debunked Biden’s claim while explaining how such tests are evaluated.

A few days before the Sunday debate, Biden made yet another false claim about the Trump administration that had already been debunked: “By cutting our investment in global health, this administration has left us woefully unprepared for the exact crisis we now face.” This myth has been parroted so often by so many Democrats, including Sen. Chris Murphy (D-Conn.), that the Post was again compelled to set the record straight: “Murphy jumped to conclusions, assuming the funding reductions had gone into effect and the programs in nearly 40 countries were closed. But that’s not correct.” Nonetheless, numerous variations of this “funding cuts” fiction remain in Joe Biden’s rhetorical repertoire.

Biden has, for example, consistently claimed that Trump shut down the “pandemic response” office created by the Obama administration to deal with infectious diseases like coronavirus. On March 1, CNBC reported, “Biden accused the Trump administration of eliminating an office in the White House to deal with future outbreaks of pandemic diseases, which he said was set up during the Ebola crisis in West Africa from 2014 to 2016.” The story goes more or less as follows: Trump made drastic cuts in the National Security Council (NSC) that effectively “dissolved” the pandemic response office. Unfortunately for the former VP’s credibility, the person who led that office says the charge just isn’t true:

It has been alleged by multiple officials of the Obama administration … that the president and his then-national security adviser, John Bolton, “dissolved the office” at the White House in charge of pandemic preparedness. Because I led the very directorate assigned that mission, the counterproliferation and biodefense office, for a year and then handed it off to another official who still holds the post, I know the charge is specious.

That was written by Tim Morrison, who was senior director for counterproliferation and biodefense at the NSC when Trump’s “draconian cuts” occurred. What actually happened was that the president streamlined the bloated NSC, reorganizing some sections to accomplish that goal. In that process, three departments with roughly the same mission were consolidated. According to Morrison, who is now a senior fellow at the Hudson Institute, “It is this reorganization that critics have misconstrued or intentionally misrepresented.” Unless Joe Biden doesn’t understand the difference between “consolidation” and “elimination,” he is among those intentionally misrepresenting the facts.

Biden has also insisted that Trump is at fault for any delays in coronavirus testing: “Our government’s ability to respond effectively has been undermined by hollowing out our agencies and disparagement of science.” Yet, the most reliable and nonpartisan source for information on the Trump administration’s response to the pandemic, Dr. Anthony Fauci, says Trump cannot reasonably be blamed: “This has nothing to do with anybody’s fault, certainly not the president’s fault.” This is where Biden’s attempt to blame Trump will backfire. It simply isn’t presidential. Meanwhile, as former Obama adviser David Axelrod points out, all Trump has to do in order to appear statesmanlike is show up and do his job:

[Trump] has one big platform right now. We saw it today. He’s the president of the United States in the midst of a crisis … if he consistently appears to be wrestling with that crisis, this is a country that likes to rally behind the leader.… But, if you’re Joe Biden, you have to think about how do you run against a guy who’s spending hours on television every day talking to the American people about this mortal threat.

This brings us back to the challenger’s dilemma in a race against an incumbent president in a time of crisis. It’s just not a good look to stand on the outside with no responsibility and criticize the man tasked with solving the problem. The voters see it as cheap partisanship. And if the challenger’s criticisms are based on falsehoods, as are many of Biden’s, he is destined to be seen as a cynical opportunist exploiting a national emergency for personal gain. This is where Joe Biden is today, and it is most emphatically not presidential.