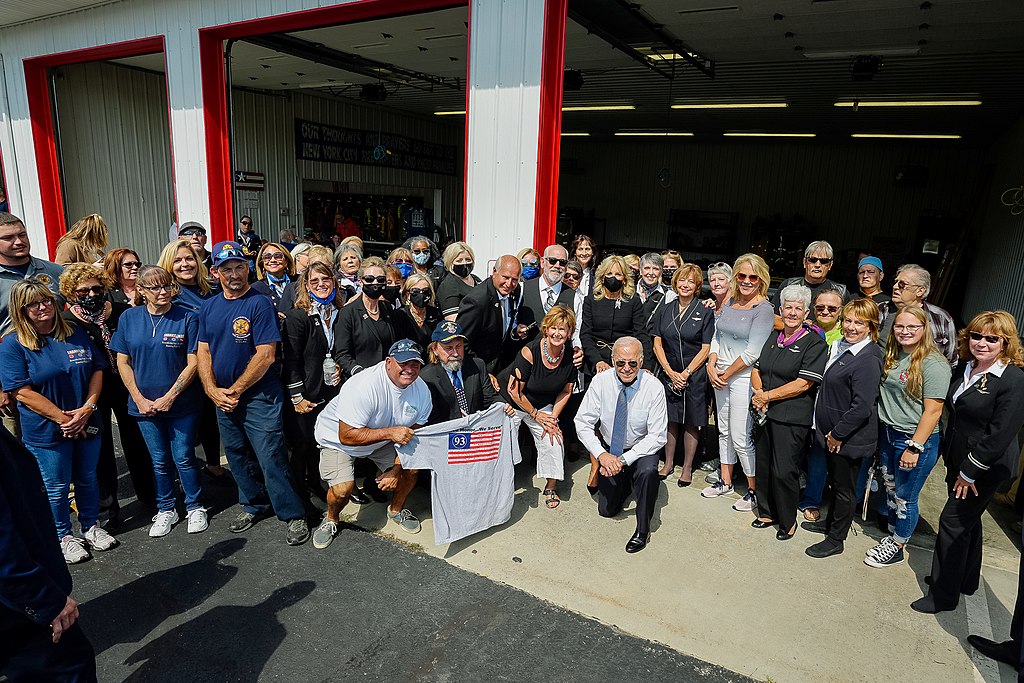 President Biden wanted to give a self-congratulatory speech on the 20th anniversary of the 9/11 attacks on America. Instead, the debacle he created by leaving American citizens behind in Afghanistan left him walking around in a daze at Ground Zero in New York, the Pentagon, and the field in Pennsylvania.

Biden and his team have failed so miserably in every aspect of foreign and domestic policy that we’re compelled to recall what legendary baseball manager Casey Stengel said to the 1962 New York Mets: “Can’t anybody here play this game?”

Decades ago Ronald Reagan forecasted why Biden and his team can’t govern even as well as that fabulously failed team could play baseball. He said, “The trouble with our liberal friends is not that they’re ignorant; it’s just that they know so much that isn’t so.”

Biden’s liberalism — and that of Blinken, Austin, and the rest — imposes ideological gridlock on their thinking. They believe that diplomacy can succeed in a vacuum without the underlying threat of military and economic power. They believe that all peoples and nations — Russia, China, Iran, North Korea, and even the Taliban — have the same values as we do and thus respond to diplomatic ventures the same way we do.

We see the results of those foolish beliefs in Biden’s and his team’s actions and statements every day.

In this column and elsewhere, I’ve summarized Biden’s foreign policy disasters one after the other: granting Russia a five-year extension on the “New START” treaty without including Russia’s new hypersonic weapons in the treaty’s limitations; trying to revive Obama’s 2015 nuclear weapons deal with Iran without requiring that Iran’s compliance could be verified by penetrating inspections; rejoining the Paris Climate Accord without demanding that China and India cut back on their carbon emissions, and, now, cutting and running from Afghanistan without evacuating hundreds of Americans and Afghan allies.

From all of these actions, we have to conclude that the “Biden Doctrine” in foreign policy is to give something valuable away without receiving anything in return from the adversary.

Biden’s team of naïfs and knaves is apparently competing with the president and each other to see who can make the most idiotic statements.

As I pointed out last week, Antony Blinken said that the Taliban promised not to harbor Islamic terrorists, evidently not understanding that the Taliban are Islamic terrorists. Last Wednesday, Blinken chastised the Taliban’s new government for not being sufficiently “inclusive.” To no one’s surprise — except Blinken’s and Defense Secretary Lloyd Austin’s — there are no women in the new Taliban regime. He doesn’t understand that to the Taliban women are effectively chattel slaves who are good for nothing other than household chores and reproduction.

Blinken also said that he accepted the Taliban’s promise to enable those who want to get out of Afghanistan — the hundreds of American civilians and thousands of our Afghan allies — to get out safely.

One National Security Council spokeswoman said that the Taliban had been “business-like and professional” in our dealings with them on that subject. One has to wonder who are the people she and the NSC deal with normally.

Austin also criticized the Taliban regime for lack of “inclusiveness” and said that he didn’t “look favorably” on the new government because it has, in some of its top positions, terrorists that Obama had released from Guantanamo Bay. Is he so delusional that he thinks the Taliban give a rat’s behind what he looks favorably on?

Did Austin and Blinken expect that the Taliban government would have a few Hispanics, a couple of women, and maybe a couple of Jews thrown in for diversity’s sake? (I hear an faint echo of Reagan Interior Secretary James Watt who once joked that he had appointed a perfect advisory panel because it contained a black person, a woman, two Jews, and a cripple.) What was a joke almost forty years ago is now our government’s dominant thinking.

In his 9/11 remarks in Shanksville, Pennsylvania, Biden said, “Could al-Qaeda come back? Yeah. But guess what? It’s already back other places. What’s the strategy? Every place where al Qaeda is, we’re going to invade and have troops stay in? Come on.”

Think about that statement. Biden has rejected the use of military force and affirmatively chosen powerlessness. Our strategy, Joe, should be to ensure that force is used to repress al-Qaeda, ISIS, the Haqqani network, and all the other terrorist networks that could — and will, sooner rather than later — attack America and our few remaining allies.

Biden hasn’t even condemned the Taliban’s use of deadly force in repressing protests against its rule. Even the UN has done that. Not that the Taliban would pay attention to Biden or the UN.

Biden’s strategy is to rely exclusively on diplomacy and he has failed in every instance. That failure is because the world knows that there is no “mailed fist in the velvet glove” of Biden’s diplomacy. Biden’s actions have taken us far from John Kennedy’s promise to “pay any price, bear any burden” to ensure the success of liberty.

As Henry Kissinger’s masterful book, Diplomacy, explains, the post–World War II world is comprised of several states of comparable power. One of the realities that necessitates it is that there must be a balance of power. As Kissinger wrote, that is a concept with which America has never felt comfortable.

Balancing power among China, Russia, North Korea, and Iran means deterring the threats — both military and economic — they pose to our nation’s security. It means defeating those threats if conflict results. The biggest false idea that dominates Biden’s thinking — and that of Blinken, Austin, and the rest of his team — is that there need be no such balance of power.

Biden has weakened NATO by failing to consult with those nations before he decided to announce the withdrawal of our forces from Afghanistan, by acceding to Russia’s demands on the New START treaty, and by giving approval to Russia’s Nord Stream 2 pipeline that makes Germany and parts of Western Europe dependent on Russian gas supplies.

Many NATO members are already seeking new alliances and talking about their own independent European Union forces to deter aggression. It’s all talk, of course, because the EU nations — especially Germany and France, the EU’s leaders — won’t invest in such a force to the level it would have credibility.

Because Biden and his team “know” so much that just isn’t so, they are incapable of playing the geopolitical game. As a result, our nation’s security diminishes every day.