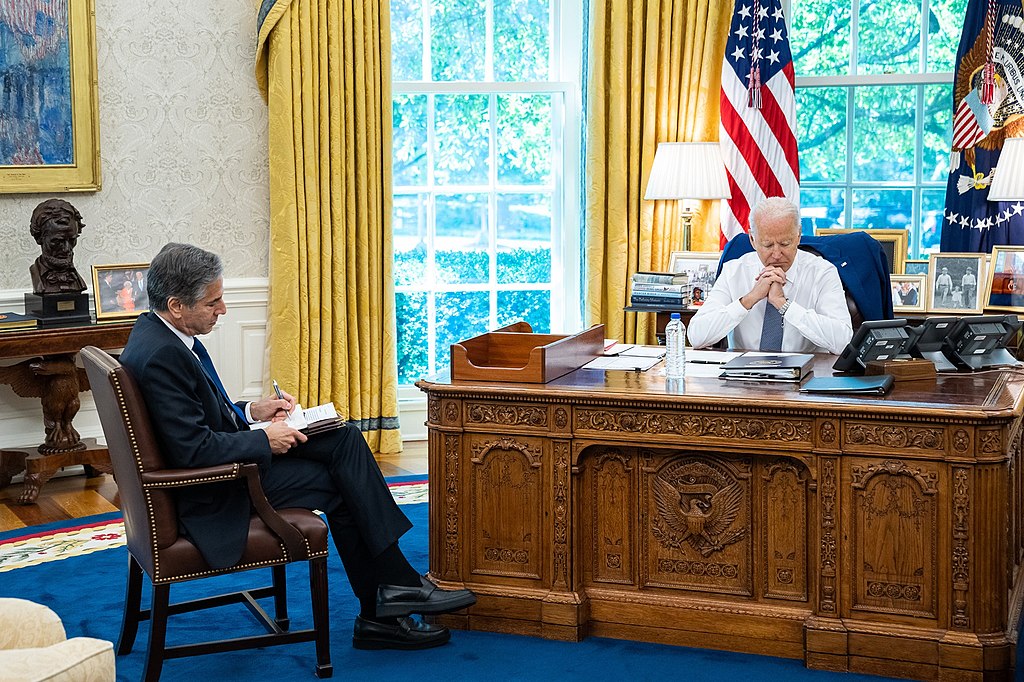 Americans have pretty short attention spans on matters of national security and foreign policy. We can focus on a real crisis — like Biden’s botched Afghanistan withdrawal — but once we’re assured that the crisis is over, our attention drifts.

It’s already happening on Biden’s Afghanistan debacle. After all, the president assured us that the war there is over, so what’s the point in worrying about it even if hundreds of American civilians and thousands of our Afghan allies were abandoned?

Republicans chuckling that Biden just handed them the House and the Senate in 2022 ought to think about that. The voters are likely to forget Afghanistan by Halloween.

It’s been a week since the end of President Biden’s evacuations left behind hundreds of American civilians and thousands of Afghans who had worked faithfully with us.

In that week, we have heard precisely nothing about how many American civilians the State Department has gotten out of Afghanistan — which means there weren’t any. The State Department is supposedly working with the Taliban to get those people out.

Biden said that the evacuation was an “extraordinary success,” which was just another one of his lies the media didn’t challenge.

Doesn’t it seem strange that we haven’t seen any televised interviews with evacuated Americans? Why aren’t the media getting them on camera to talk about how glad they are to have gotten home? Where are the interviews — anywhere in the media — with them and some of the evacuated Afghans?

You don’t see these interviews because two factors dominate the media. First, their dedication to protecting Biden from the aftermath of the disaster he created. Second, they’re already too busy with other things to pay much attention to the Afghanistan debacle.

The media are, as always, “on message” with the Biden narrative. Some of us remember the headline on every edition of network nightly news during the 1979-1980 crisis when Iranian terrorists held fifty-two Americans hostage for 444 days. Every night the news counted the days those Americans were held against their will. Now, there isn’t even any solid information on how many Americans and Afghan allies were left behind. All we have heard from Foggy Bottom is that fewer than half of the Afghans we wanted to get out were evacuated.

Within a few weeks or even days, most Americans will have forgotten Afghanistan. They’ve already forgotten that Biden, in his 23 July conversation with then-Afghan President Ashraf Ghani, asked Ghani to lie by saying the fight against the Taliban was going well. Three weeks later, the Taliban had reconquered Afghanistan and Ghani had fled.

Biden’s team has been working hard to ensure we forget Afghanistan. Last week the Government Accountability Office removed from public availability about 300 reports it had made on how many weapon systems — everything ranging from attack aircraft to armored Humvees and about a half million rifles and tons of ammunition — we had provided the Afghan National Security Forces which they had abandoned to the Taliban. Those reports were removed at the request of the State Department.

No one is even mentioning Biden’s failure to demand that our multi-billion-dollar Kabul embassy be blown up to prevent the Russians, Chinese, Iranians, and Pakistanis from reverse-engineering our cyber and other defensive systems. Or the fact that the Taliban were using our abandoned biometric system to identify Afghans who had supported Coalition forces. Or the fact that our forces abandoned at least one CRAM — counter-rocket, artillery, and mortar system — to the Taliban. (CRAM is a land-based version of the CWIS, the shipboard “close-in weapons system” that is a radar-guided automatic 20mm cannon that fires a stream of lead in the path of incoming fire.)

Biden said that the war in Afghanistan was over. He obviously doesn’t understand that the Taliban are undefeated and can continue the war on their terms, meaning establishing safe havens from which terrorists can mount attacks against us or our allies.

Gen. Mark Milley, Chairman of the Joint Chiefs of Staff, said that we could work with the Taliban against ISIS. He apparently doesn’t understand that the Taliban are still our enemy and that the common enemy of the Taliban and ISIS is the United States.

Milley also said, “…what you saw unfold with this noncombatant evacuation operation was one of the contingency plans.” So the plan was to leave hundreds of American civilians and Afghan allies behind?

Milley told Fox News that, “I think there’s at least a very good probability of a broader civil war and that will then, in turn, lead to conditions that could, in fact, lead to a reconstitution of al-Qaeda or a growth of ISIS or other myriad of (sic) terrorist groups.”

It’s nice to see that he has begun to think about what I and several others have been forecasting for years: Taliban reconquest of Afghanistan followed immediately by their establishment of terrorist safe havens. How did this putz get to be a general, far less chairman of the Joint Chiefs?

Congressional inquiries won’t accomplish anything. One committee has demanded to see Defense Secretary Lloyd Austin’s plans for the evacuation. Those plans probably were drawn on a paper napkin.

But none of the abandoned armaments or any of Biden’s or his advisers’ pronouncements or any “war is over” headlines are nearly as important as the abandoned American civilians. No one really knows how many there are. We have seen the reports of people who were waving blue US passports, begging to be let into the Hamid Karzai International Airport and evacuated.

All of that will be quickly forgotten.

Biden has abandoned his presidential duty by failing to evacuate every American citizen from Afghanistan and then failing to compel the Taliban to release the Americans he left behind. It is a new low for America.

Pentagon spokesman John Kirby assured the media that Americans “get stranded” in foreign countries “all the time.” His statement contains a scintilla of truth. Natural disasters, pandemics, and wars can often strand Americans in foreign lands. But we never — ever — abandon Americans to a foreign enemy. Even Jimmy Carter knew that and tried — unsuccessfully — to free the Iranians’ hostages in 1980.

Biden, Milley, Blinken, and flunkies such as Kirby have all forgotten the American credo of nemo resideo: no man left behind. It’s an essential part of our military’s creed and no less a part of the duty of our government.

Biden won’t use military force to evacuate the Americans and Afghan allies he left behind. More likely is that he’ll try to ransom them from the Taliban. Many will be imprisoned, tortured, enslaved, or murdered. We need to remind him of their plight every damn day.