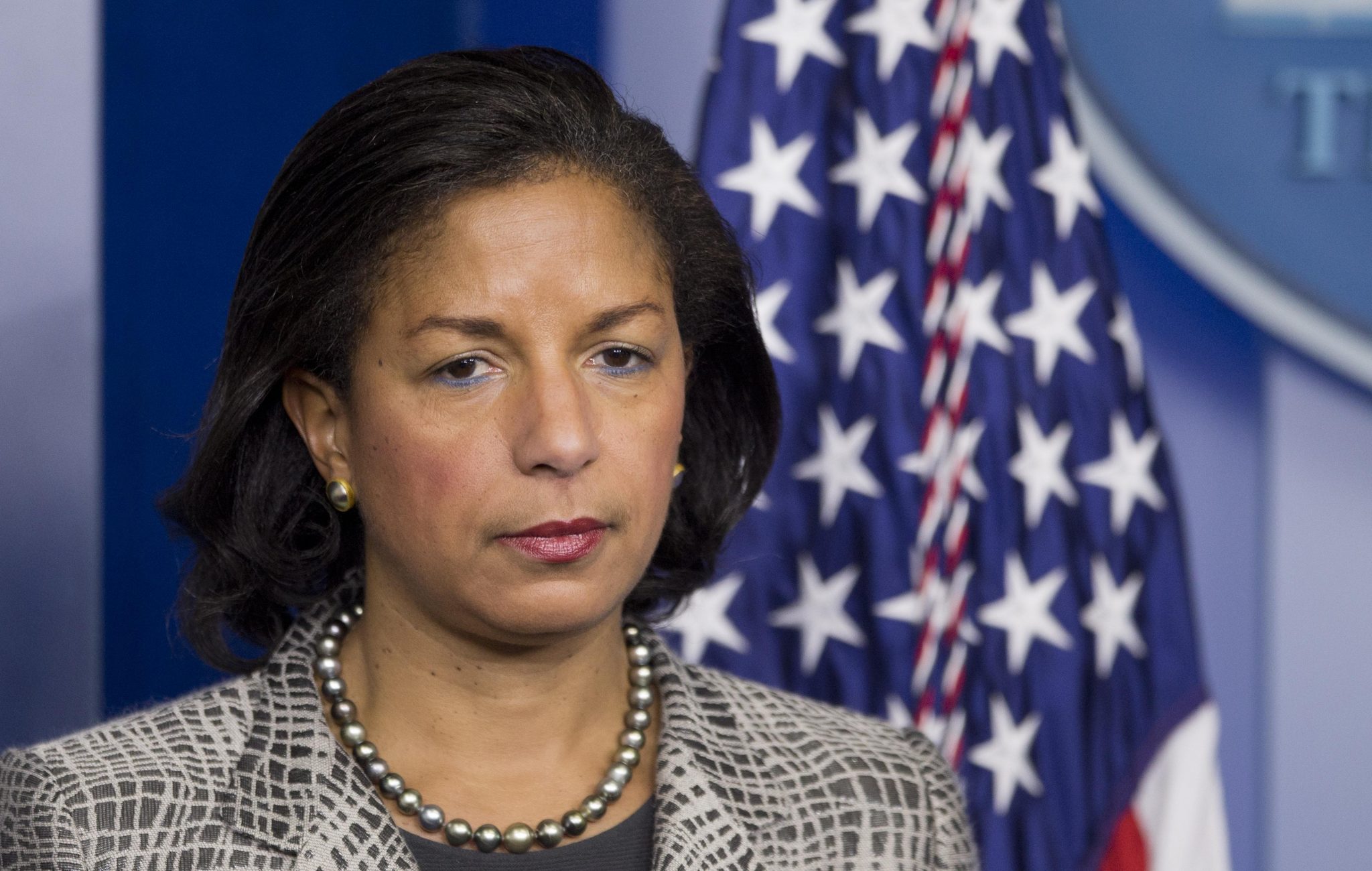 Blunders abound for the Biden administration’s Middle East policy. In a gratuitous windfall to Iran, the administration has announced it will stop funding Saudi involvement in the Yemeni Civil War and will remove the Houthis, Iran-backed proxies in Yemen, from the Foreign Terrorist Organization and Specially Designated Global Terrorist lists. In a move that will enable anti-Israel bias in international forums, the Biden administration announced that it will rejoin the UN Human Rights Council.

But further pitfalls await Middle East peace, given several of the Biden administration’s recent appointments. If the positions of these appointees prevail, U.S. foreign policy will be antagonistic towards Israel, Egypt, and our Gulf allies and will appease Iran, the Palestinian Authority (PA), and Qatar.

Matt Duss is expected to join the State Department in a role that is yet undisclosed. He holds views that are demonstratively anti-Israel. Following the assassination of Iran’s top nuclear scientist (and, less noted by the press, also a brigadier general of the Islamic Revolutionary Guards Corps) Mohsen Fakhrizadeh this past November, Duss accused Israel of “terrorism” and suggested that former Vice President Joe Biden, once in office as president, should reenter President Obama’s Iran nuclear deal to teach Israel the lesson that “terrorism doesn’t work.”

While working for Center for American Progress (CAP) in 2010, Duss called Israel’s siege on Gaza and the “entire Israeli occupation” a “moral abomination” similar to “segregation in the American South.” The Anti-Defamation League, the American Jewish Committee, and the Simon Wiesenthal Center all found the writings of Duss and several of his colleagues at CAP to be anti-Semitic. At the very least, Duss peddles the occupation canard and commoditizes and depreciates Israel’s morally justified war in Gaza and the moral abomination of the Jim Crow South. He supports the Boycott, Divestment and Sanctions (BDS) movement against Israel, and said that “Anti-BDS hysteria is a con and Democrats need to stop playing along.” Duss has also tweeted opposition to Israel’s “de facto annexation” of parts of Judea and Samaria, Israel’s ancestral homeland. Duss also appears in favor of U.S. ending support for Saudi Arabia in its war against Iran in Yemen, retweeting statements by both National Security Adviser Jake Sullivan and Sen. Bernie Sanders to this effect.

Hady Amr is the Deputy Assistant Secretary for Israeli–Palestinian Affairs in the Bureau of Near Eastern Affairs within the State Department. He was the founder and director of the Brookings Doha Center, the Qatari branch of the Brookings Institution, a major liberal think tank. In 2014, the New York Times reported that Qatar’s government was “the single biggest foreign donor to Brookings.” Qatar is long known to have ties to Iran, the Muslim Brotherhood, and other jihadi groups, and to be a propagator of state-sponsored anti-Semitism. In 2018, the Washington Post had also found that Brookings took money from Huawei from 2012 to 2018.

Amr also seems directly opposed to many of President Trump’s Middle East peace accomplishments. Rather than support Trump’s “deal of the century,” Amr wrote an article opposing President Trump’s peace plan and imploring President Trump and Israel to instead make peace with Hamas. Even though the U.S. Senate recently voted 97-3 to keep the U.S. embassy in Jerusalem, earlier Amr had discussed the Trump administration’s moving the U.S. Embassy in Israel from Tel Aviv to Jerusalem with Palestinian Prime Minister Mohammad Shtayyeh, possibly indicating that the Biden administration may act contrary to the Senate vote. Additionally, Amr has discussed with Shtayyeh the Trump administration’s closing the Palestine Liberation Organization (PLO) office in Washington and ceasing funding to the PA and the United Nations Relief and Works Agency for Palestine Refugees in the Near East (UNRWA). These discussions may also indicate that the Biden administration seeks to overturn these Trump administration initiatives as well. While President Trump broke off relations with the Palestinian Authority, Amr appears to have discussed restoring them with PA General Authority of Civil Affairs head Hussein al-Sheikh.

Avril Haines is the Director of National Intelligence. In May 2020, she signed a letter from far-left J Street, calling for Democrats to adopt a platform that opposed President Trump’s “deal of the century” and suggested that platform should “include clear opposition to ongoing occupation, settlement expansion and any form of unilateral annexation of territory in the West Bank.” (Ben Rhodes and Biden’s envoy to Iran, Robert Malley, also signed that letter.) In a January 2020 House Foreign Affairs hearing, she voiced support for Obama’s Iran deal, opposed additional sanctions on Iran, and opposed the Trump administration’s assassination of Qasem Soleimani.

Susan Rice is the Director of the United States Domestic Policy Council. She has a history of antagonizing U.S. allies in the region. She had encouraged President Obama to publicly weigh in on the trial of Egyptian President and Muslim Brotherhood leader Mohamed Morsi, which even John Kerry disagreed with, and which would have undermined U.S. ally President Abdel Fattah Al-Sisi in the process. She personally called U.S. ally UAE Crown Prince Mohammed bin Zayed and got him to stand down from his military plans during his fight against Iranian proxies in the Yemen Civil War. Rice also opposes Israel’s inalienable right to apply sovereignty to Judea and Samaria and the Jordan Valley. According to Dennis Ross, Susan Rice has a “combative mind-set” towards Israel and believed that Israeli Prime Minister Benjamin Netanyahu’s opposing President Obama’s Middle East policies was born out of racism towards Obama.

Reema Dodin is the Deputy Director of the White House Office of Legislative Affairs. While in college, she was affiliated with the Council of American–Islamic Relations (CAIR) and the Muslim Student Association, making her likely “sympathetic to an Islamist worldview,” according to Muslim Reform Movement leader Dr. M. Zuhdi Jasser. She has sympathized with Palestinian homicide bombers, calling them “the last resort of a desperate people.” She also supported the BDS movement and participated in a pro-BDS demonstration while in college.

Maher Bitar is the senior director for Intelligence at the National Security Council. While at Georgetown, Bitar was a student leader of the Students for Justice in Palestine (SJP). According to the Jerusalem Center for Public Affairs, “SJP is an extremist organization that maintains affiliations with Arab and Islamic terror groups, is overtly anti-Semitic, incites hatred and violence against Jewish students, and rejects the existence of the state of Israel in any borders.” SJP’s bigotry is so brazen that Northeastern SJP facility adviser Professor M. Shahid Alam told SJP members to carry the label “anti-Semite” as a “badge of honor.” Bitar also was integral in bringing the Palestine Solidarity Movement, a similar group to SJP, to Georgetown. For his master’s thesis at Oxford, Bitar wrote about the “Nakba,” or “catastrophe,” of Israel’s reestablishment in 1948. He also worked for UNRWA in Jerusalem.

Under President Obama, Bitar worked on the National Security Council as its Israeli–Palestinian officer and then as Samantha Power’s deputy at the United Nations. Samantha Power was integral in passing UN Security Resolution 2334, which called Jewish towns in Judea and Samaria as a “flagrant violation of international law.”

Given these appointments, it looks like rough days lie ahead for Middle East peace.