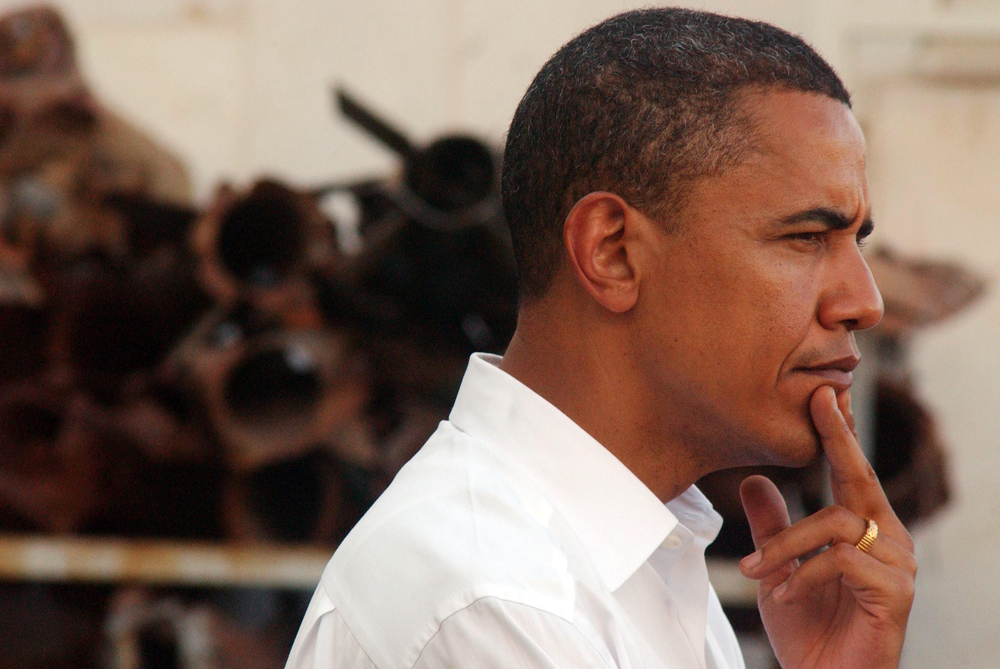 In an article in Tablet in early March, Lee Smith showed how Barack Obama’s degrading of America’s alliance with Israel and his wooing of Iran were motivated essentially by a plan to transform the Democrat Party. To that end, foreign policy was subordinated. The party of Truman, the three Kennedy brothers, and Scoop Jackson had consistently moved American policy towards a strong alliance with Israel out of a basic sympathy with its cause and with that of the Jewish people still suffering persecution around the world (think of Jackson’s powerful support of the cause of Soviet Jewry).

Truman’s choice to recognize immediately the newborn state of Israel was a decision that came from his deepest sense of right. He overrode not only his State Department functionaries, whom he dismissed as the “striped-pants boys,” but also the man he respected above all others in government — George Marshall.

Marshall was the architect of victory in World War II and the visionary savior of the freedom of western Europe after the war. His opposition to Jewish statehood was his anticipation that the fledgling Jewish state would not stand a chance against the combined forces of all the Arab states united against them. He foresaw the bloodbath and desolation that so many in the Arab world boasted would happen and did not want to see the Holocaust continued. He staked his career on this, for the best of reasons, saying to not follow his advice would lead to his resignation. Indeed it did, though Marshall waited to leave so as not to embarrass his boss or discredit the government of the country he served so well and so selflessly.

What was true for Truman became mainstream when, gradually, the magnitude of the evil of anti-Semitism was revealed in its utter horror as the Holocaust sank into civilization’s consciousness. It was not a question of left or right, but of basic moral sobriety and plain human decency, that the kind of ideology and government that thrives on such hatred must be opposed, whether it is Hitlerism, Stalinism, or Khomeinism.

This was firmly established in the power structure of the Democrat Party, where so many Jews felt at home. And, Smith points out, this is what Obama came to transform radically.

Obama and his cohort dismiss the great coalition against anti-Semitism and the despotisms that thrive on it as hopelessly outdated. Twenty years of drinking in inspiration from Jeremiah Wright, outspoken enemy of Israel and demonstratively friendly with the greatest star of American Jew-hatred, Louis Farrakhan, moved Obama to a very different place than the great moral consensus that united the mainstream of America. And he became an evangelist for the dogma that America’s inexpungable sin of racism makes it no better than Nazi Germany, Stalin’s Russia, or the mullahs’ Iran.

But as a clever pitchman, Obama knew that this view couldn’t be broached forthrightly, presented as a matter of choice. He used the tactics of community organizing to undermine the legitimacy of America as a moral actor. And he is good at what he does, manipulating and moving the country from fierce and effective opposition to the terrorist regime in Iran to appeasing Iran and ending conflict by guaranteeing it would become a nuclear power in 10 years, repatriating huge amounts of funds so it could reenergize its terror proxies, and indicating with a gentle but relentless procession of slights, abandonments, and betrayals that America was comfortable with allowing Israel to be seen as an illegal enterprise.

Not that the status of Israel is essential to his worldview. It was simply that his state church can’t allow any public role for a different belief system than the one that is being slowly forced on us, first through political correctness, then cancel culture, and finally Big Tech censorship. Obama created a despotic party in his own image, fronted now by the ghastly, wraithlike Biden, who can’t make it through one press conference without reading prepared scripts and without losing his train of thought time and again. C’mon, man, that fellow is not leading this country.

It was not insignificant that Obama took the bust of Churchill down in the White House, and it was not insignificant that Trump returned it to its place. Trump’s energetic and unapologetic policy of supporting Israel against terror regimes and pushing hard for peace with those who wish to live in peace was successful beyond almost anyone’s predictions. The Abraham Accords accomplish what well-meaning diplomats since Marshall wished could have happened but despaired of actually being realized.

Biden’s “C’mon, man” is a phrase meant to cut through rationalizations and return people to underlying shared truths. But it has become a sordid slogan in what is the second installment of the Age of Obama, evoking agreement to a set of dogmas very few believe in, covered over with every trick in the book to appear as the most important values in the world.

But our old values are what brought new hope in the Middle East, uniting peace-loving Muslim states and Israel in what most pray is a foretaste of even better things to come — if and only if we stop being lulled by the crypto-evangelism of the Obama-ized Democrats.

There is no future in their dishonest methods and policies, and they will not triumph in the end. But our response will determine how long the darkness will last before it is dispelled.