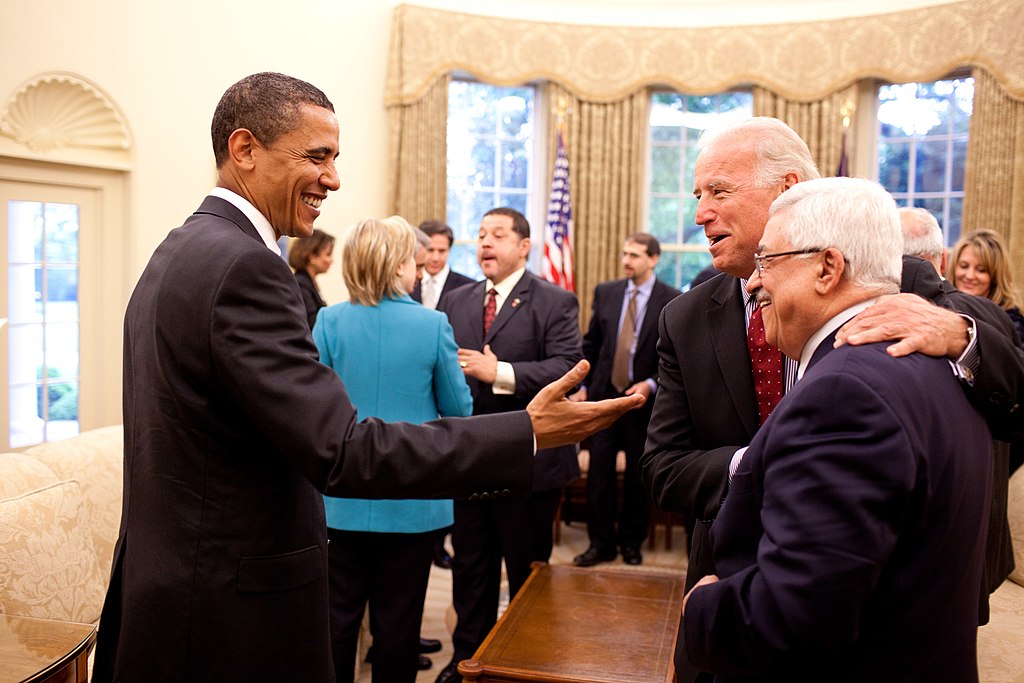 Palestinian Media Watch (PMV) exposes a special kind of duplicity that has infected Middle East politics and has made the emergence of peace take so much longer than it ever needed to.

Its method, shared by another group called the Middle East Media Research Institute (MEMRI), is to enable those who do not speak Arabic to access what is being said in the Arabic media and government outlets (often one and the same thing). This is of particular importance because the American media, and particularly the American public, is unable to easily access Arab-language sources and has relied on statements made in English by many of the principal actors in the conflict.

More than a few dishonest players have exploited this weakness, presenting an altogether different picture of themselves and their aims when communicating with the West than when communicating with the home audiences whom they are trying to rule. To the West, they present themselves as peace-seekers; to their home audience, they present themselves as implacable foes of Israel and give the message that seeking accommodation, let alone peace, is dishonorable and weak.

PMW and MEMRI understand the languages of the Middle East players. They pierce the barrier that has shielded the dishonest players from accountability to us. They provide media clips with translations to all who come to their websites, and they actively place their materials before policymakers who most likely would not have had access to the actual plans and policies of Middle East actors they are being pressured to support.

This works very well when the culture values truth and principle. But in the post-modern woke world of today’s left, which is embraced by the Democrats and thus running American foreign policy, truth is viewed with suspicion. Ask our vice president, who seems to emphasize the purely personal nature of truth whenever she has a mic. And it certainly doesn’t work well with a president who, even when all his cognitive sparkplugs were firing, made a name for himself for inventing counterfactual accounts of his own life story.

So he and the people who are doing his thinking for him are still seriously pushing what they call a comprehensive settlement with the Middle East’s leading sponsor of terrorism, Iran, even though the agreement at best includes precious little. It would limit Iran’s nuclear capacity for a scant few years. It completely ignores Iran’s long-range missile capacity and its continued sponsorship of terror and terror proxies, as well as its dramatic internal human rights violations against unfavored religions and most every letter in the ever-expanding alphabet soup of gender identities whose welfare the administration vociferously claims to champion.

This brings us to United Nations Relief and Works Agency for Palestine Refugees in the Near East (UNRWA), the UN agency whose corrupt sponsorship of the educational and political aims of the hardline anti-Semitic war factions has worked counter to peace and truth for decades. At long last, an American administration looked squarely at the truth and held it responsible for its actions. Even while President Donald Trump brought about the first breakthrough peace treaties in decades, it distanced itself from the phony, lazy policy of financing UNRWA. Instead of furthering the lie and relying on ignorance and duplicity to shield itself from public scrutiny, the Trump administration cited facts and made the only decision that facts support before our still-free citizens — pulling the plug on an unaccountable supporter of terrorism masquerading as a righteous international, peace-seeking organization.

Has UNRWA changed? Not at all.

IMPACT-se is a serious global watchdog organization, specializing in exposing educational abuses around the world (visit its website at impact-se.org). Among many other problem spots around the world, it has been investigating and reporting on abuses in the UNWRA-governed schools, releasing a comprehensive report this month that damns the many abuses it found. It wrote: “[W]e found material that does not adhere to international standards and that encourages violence, jihad and martyrdom, antisemitism, hate, and intolerance.”

UNRWA defended itself and claimed that all materials used in its schools are available online and are devoid of these materials. But, unlike much of our media, IMPACT-se is not lazy, and in a public response, documented many examples of anti-Semitic, belligerent material that was not put up for review (read its full response here). The hard work and honesty of IMPACT-se is — well, impactful. If one values the truth, one cannot help but be moved to require a severe accounting of UNRWA and the horrific damage it is doing by poisoning the minds and culture of the next generation and making peace that much more difficult to attain.

But the people now in charge of America’s policy prefer their own narrative and do not trust the truth to be friendly to that narrative. (They are right. It isn’t.) And so. Predictably, the American president announced renewed support of UNRWA to the tune of several hundreds of millions of dollars, as if he is ringing the glory bells of heavenly peace.

Americans of previous generations tended to know their Bible and so be able to profit from its distilled wisdom of the centuries. Many would have been familiar with the story of the prophet Jeremiah’s confrontation with many public people in the Israel of his time who had their own favorite narrative which they thought superior to the truth. Peace is coming, they would say, all will be well.

Jeremiah prophesied peace in the future. It ripped him apart, though, that the truth for his generation was not the ease of peace. “Shalom, shalom — ve-ein shalom! — Peace, peace — but there is no peace,” he said, even as he prayed it would be otherwise.

Fighting COVID, cognitive decay, and if he is to be taken at face value, cancer, Biden may not understand just how destructive and irresponsible his grand gesture is. Those with their hands on the controls of what has been the mightiest nation in the world could understand if they could be bothered to do so. They could be using American influence to bring real peace and wholeness to the Middle East, a peace in which all could join without diminishing themselves. They could bring credit to themselves and bring peace to the world by calling it as it is in the Middle East, and not treating its deadly realpolitik as an exercise in literature class deconstructionist theory.

They could. But it might be better to pray for that quite actively rather than just holding your breath. And in the meantime, educate yourself by visiting the pages of MEMRI, PWA, and IMPACT-se.