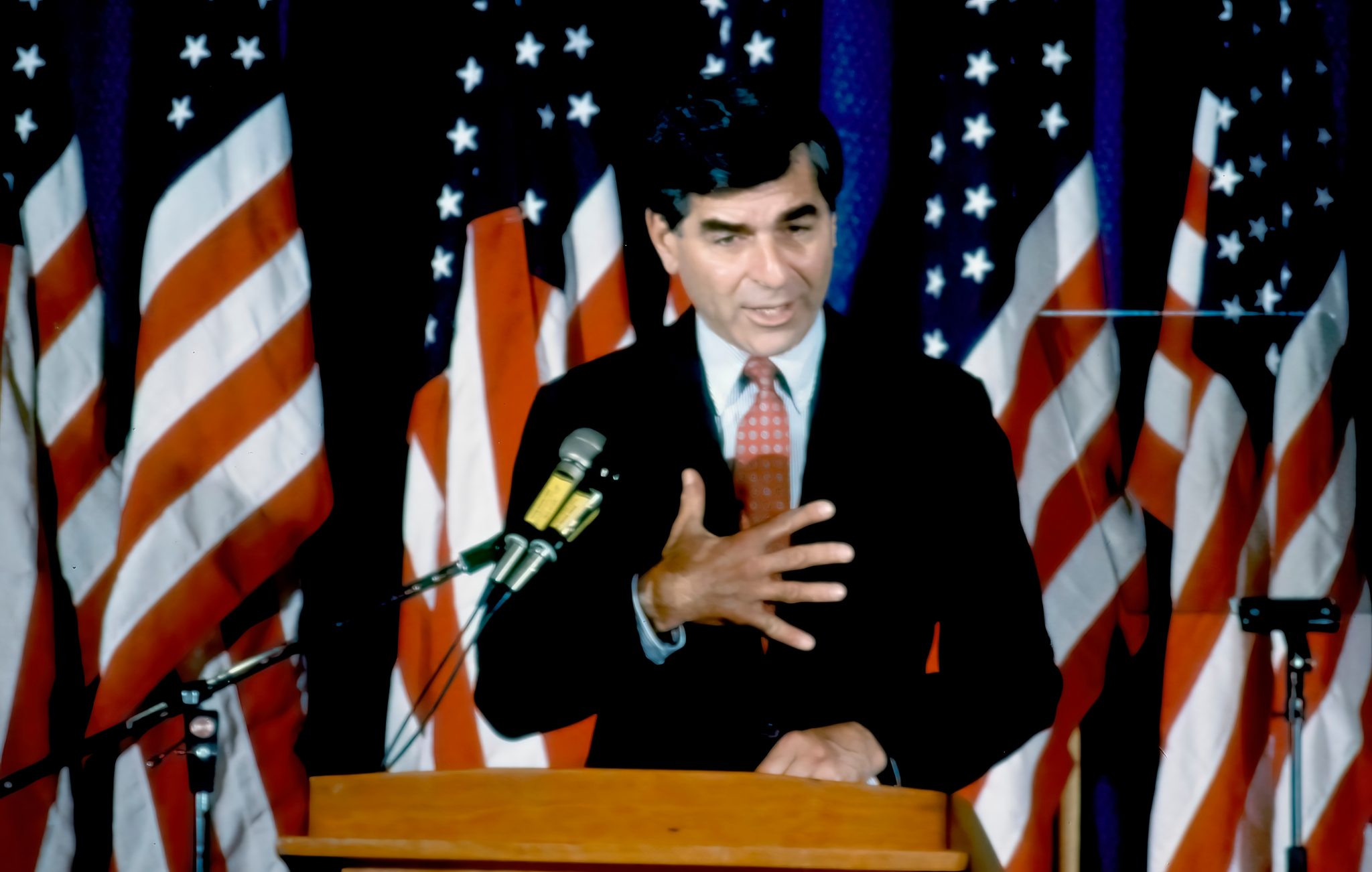 At this point in the 1988 presidential cycle, it was taken for granted among pundits and professional prognosticators that Massachusetts Gov. Michael Dukakis would defeat Vice President George H. W. Bush by a comfortable margin. Moreover, public opinion seemed to confirm the conventional wisdom. At the end of July, two major polls, Gallup and Harris, had published voter surveys showing Dukakis ahead of Bush by 17 and 18 points, respectively. Meanwhile, the media consistently portrayed the vice president as a dull-witted wimp and represented the Massachusetts governor as a hyper-competent technocrat. Just over 90 days later Bush won the popular vote by seven points and the Electoral College 426-111.

Never mind that the sheer stupidity of the furlough program was first deployed against Dukakis during the 1988 Democratic primary campaign by none other than Al Gore.

Superficially, Biden and Dukakis would seem to have little in common. Yet a closer look reveals some surprising similarities. Most readers have probably forgotten that the governor’s free-fall in the polls began when questions arose concerning the dilatory release of his medical records and whether he had been treated for mental illness. As AP reported at the time, President Reagan was asked about this during an August 3 press conference and responded with an offhand quip that inevitably led to queries from the media: “Dukakis, when asked today if he had ever suffered from depression, said, ‘No.’ Asked if he had ever consulted a psychiatrist, he said, ‘No.’ ” Just a week later, his 17-point lead had shrunk to a mere seven points in the Gallup poll.

Thirty-two years later, the Fourth Estate has been reluctant to ask about former Vice President Biden’s cognitive fitness. On the rare occasions that reporters have raised the issue, his responses have been defensive. In an interview aired this week, for example, CBS reporter Errol Barnett asked the Democratic presidential nominee if he had taken a test measuring his cognitive acuity. Biden became abusive: “No, I haven’t taken a test. Why the hell would I take a test? Come on, man.” He ended his rant by asking Barnett, “Are you a junkie?” Democratic National Committee (DNC) Chairman Tom Perez also protested too much, “That’s a stupid question, with all due respect.” As Liz Peek points out at the Hill, a large number of likely voters “respectfully” disagree:

A recent Zogby poll found that 55 percent of likely voters surveyed thought it was “much more” and “somewhat more likely” that Biden is in the early stages of dementia.… More worrisome for Biden, perhaps, is that about 60 percent of young voters between the ages of 18 and 29 thought it likely that Biden is suffering early-onset dementia, along with 61 percent of Hispanics. The good news is that only 43 percent of blacks doubted Biden’s mental capacity.

Biden may well have ruined his already tenuous grasp on the African-American vote during the same series of interviews with the following remark: “Unlike the African-American community, with notable exceptions, the Latino community is an incredibly diverse community.” As with most of “working class Joe’s” effusions, this blunder will probably reduce enthusiasm for his campaign among Black and Hispanic voters. This is another bug that the Biden and Dukakis campaigns have had in common. During the 1988 campaign, the lack of enthusiasm among minorities for Gov. Dukakis worried the DNC. The Los Angeles Times reported at the time that there was widespread anxiety among Democrats that African-American turnout would be down:

The decades since the Voting Rights Act of 1965 have seen steadily increasing numbers of blacks showing up at the polls.… However, many activists fear that this year could mark a setback in black voter turnout. Preliminary indications are that voter registration efforts produced disappointing results, and black leaders contend that Dukakis has yet to inspire much beyond apathy, disillusionment and even anger in the black community.

The inevitable Democratic response to that dilemma was to accuse the vice president of racism. The pretext was a campaign ad featuring a criminal — who also happened to be Black — in order to demonstrate that Dukakis, like today’s Democratic governors, didn’t understand that releasing convicted killers from prison is a dumb and dangerous idea. Consequently, having been set free pursuant to a prison furlough program supported by Gov. Dukakis, a convicted murderer named Willie Horton was set free for the weekend, whereupon he raped a Maryland woman after he had bound, tortured, and stabbed her boyfriend. The Dukakis campaign, the DNC, and the media were indifferent to the victims yet accused Bush of blowing the fabled racist dog whistle.

Never mind that the sheer stupidity of the furlough program was first deployed against Dukakis during the 1988 Democratic primary campaign by none other than Al Gore. Forget that the ad was run by a Political Action Committee with no formal connection to the Bush campaign. Don’t trouble yourself that the gory details of Horton’s crime had already been widely published in a Reader’s Digest story titled, “Getting Away With Murder.” Never mind that Dukakis had refused to sign several bills that would have placed important limits on the furlough program and prevented the atrocity committed by Horton. Forget the fundamental question of public safety, which the Dukakis campaign dismissed as a “despicable” Bush campaign distraction.

But are Biden and Dukakis really comparable? Most members of the political class would probably say, “No.” Yet the liabilities of the former in 2020 involve the same issues that dogged the latter in 1988 — mental fitness to handle the duties of the presidency, difficulty connecting with the minority voters without whose support he can’t win, and the willingness to brand any opponent a racist who dares to bring up “law and order.” A few weeks ago, Biden led Trump by double digits in the RealClearPolitics average of general election polls. As of Thursday evening, his lead is at 6.4 and falling. Likewise, his lead in the top battleground states is shrinking. Is it possible for President Trump to overtake and soundly defeat him? Ask President Michael Dukakis.