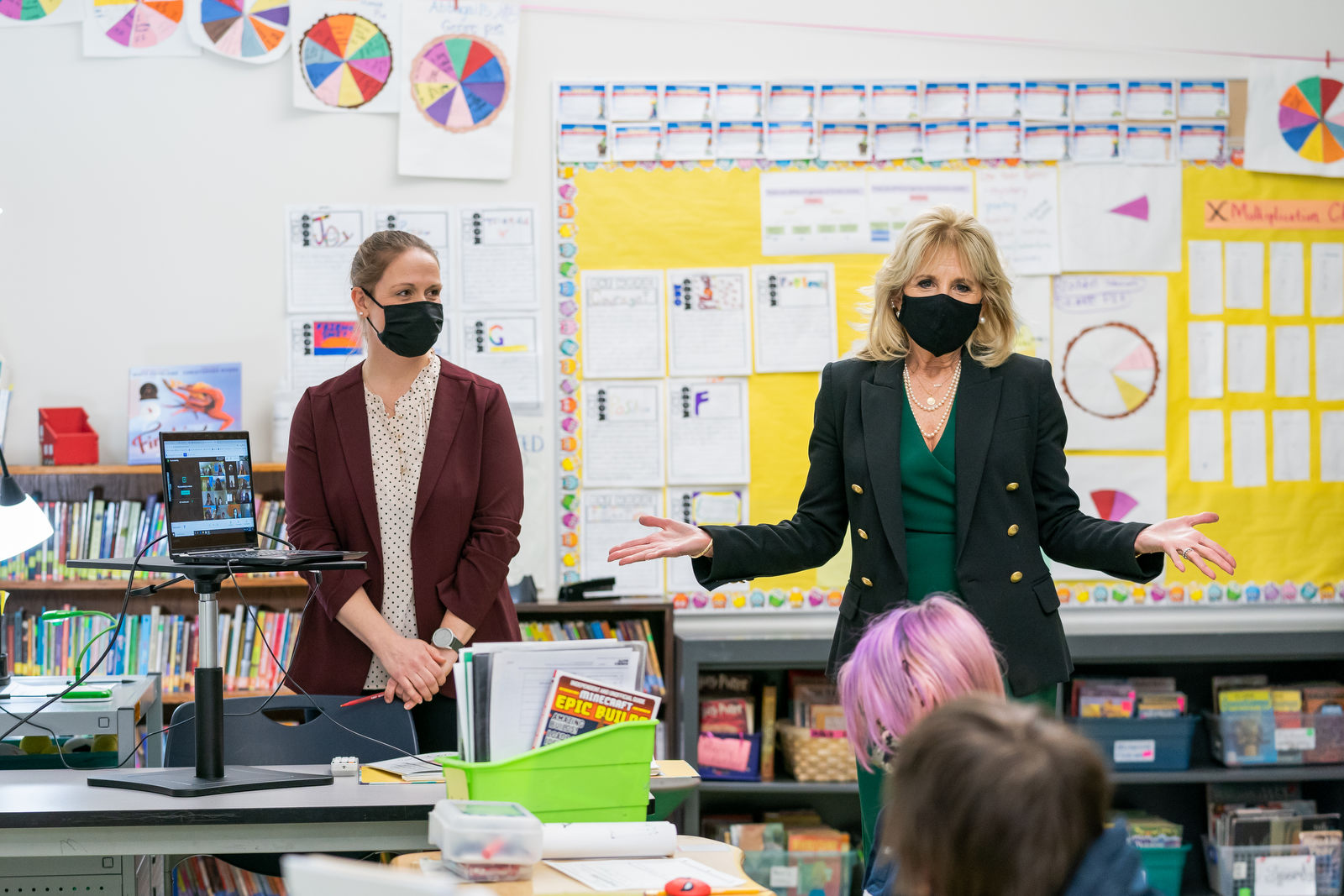 When President Biden signed an executive order on Inauguration Day calling for “an ambitious whole-of-government equity agenda,” he signaled that his administration would embrace the education agenda of the race-obsessed world of radical “social justice” politics. We now see further evidence of the president’s intentions in the Department of Education’s proposal to funnel grants to schools that teach critical race theory. This pernicious theory analyzes every aspect of American society and history through the belief that racism has been, and remains, central to American life, all while peddling revolutionary Marxist philosophy.

This program would further degrade history instruction in our public schools — already so pitiful that just 51 percent of Americans can name our three branches of government and only 15 percent of eighth-graders are considered proficient in U.S. history. We have been failing our students for years, and these efforts by the Biden administration would only compound the damage by replacing what’s left of history and civics education with trendy, radical politics.

As a nation, we should rededicate ourselves to teaching the next generation our shared principles and heritage, the things that bind us together, make us Americans, and make our society unique in the world, and uniquely admirable.

The administration’s new rule channels funding to “projects that incorporate racially, ethnically, culturally, and linguistically diverse perspectives into teaching and learning.” Applicants would have to show how their schools “Take into account systemic marginalization, biases, inequities and discriminatory policy and practice in American history.”

By itself, this language sounds like government gobbledygook, but the examples provided in the rule reveal the administration’s real goal — promoting critical race theory and radical anti-American politics. The rule upholds the New York Times’ discredited “1619 Project” — a work of pure political activism, not history — as an example of the type of material the grant is meant to promote.

The 1619 Project is so flawed in its false historic narrative of an America founded on slavery and devoted throughout its history to preserving slavery and racism that the most prominent historians of the American founding have rejected it. James McPherson, a highly respected history professor at Princeton, called it “a very unbalanced, one-sided account.” At its core, the 1619 Project is not a work of history but of politics, the goal of which is to convince young Americans that our country is worthy of not admiration but contempt.

We are already seeing what happens when the 1619 Project and Kendi, and the radical theories that justify them, are enacted at the local level. Oregon’s Department of Education, for example, teaches the preposterous notion that “white supremacy culture” shows up in math classrooms when “the focus is on getting the ‘right’ answer.” In California, students had to participate in a unity chant to Aztec deities to fight for “decolonization.”

The initial grants of several million dollars proposed by the Department of Education are a small precursor to the Biden administration’s effort to pass the Civics Secures Democracy bill, which would spend $1 billion of taxpayers’ money per year for six years on this type of toxic civics education. This early skirmish about the grant program will shape the trajectory of the much larger battle to come.

If the Biden administration gets its way, these programs will become the norm. Students would be forced to swallow the tenets of critical race theory, and our public education system would become even more politicized — and even more harmful to our kids — than it is already. Parents and concerned Americans must push back against the infiltration of critical race theory and fight for curricula that teach the truth about America. A victory now will show the Biden administration that the American people reject this nonsense.