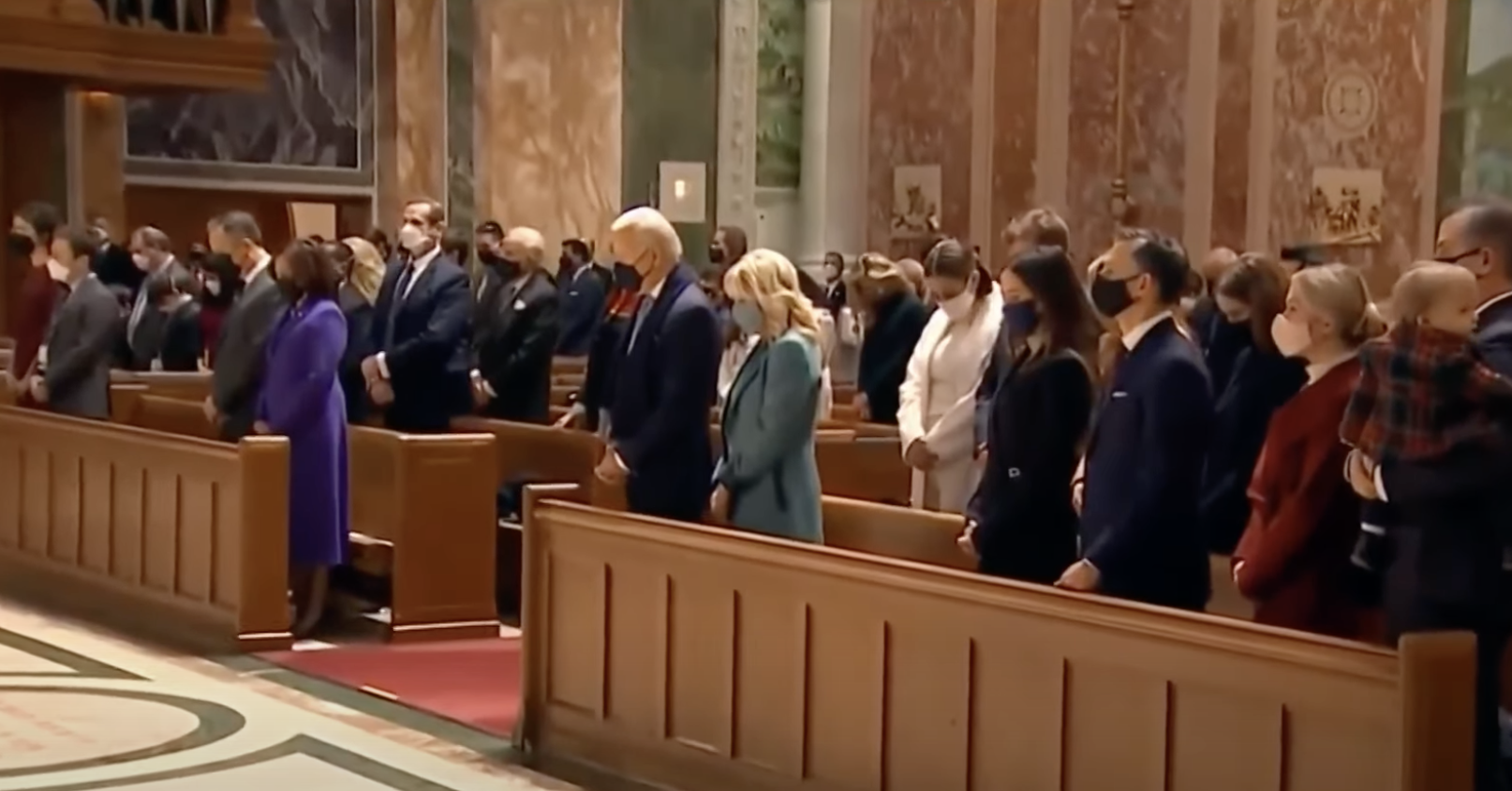 The post-Vatican II Church has bred many of her own destroyers. Joe Biden is the premier example of this phenomenon. He is the anti-Catholic “Catholic” who persecutes his own church. He represents a political class of bad Catholics that grows larger with each passing year.

The Church could have crushed this serpent in its shell. But the bishops declined to do so, owing to their own lack of faith. They sat on their hands as pols like Biden wrapped themselves in the trappings of Catholicism while sabotaging her teachings. Had the bishops years ago cracked down on this political class of bad Catholics and applied canon law to it, the crisis that the Biden presidency represents might not have happened. Biden is the product of their own passivity, the culmination of the very secularized Catholicism that the bishops permitted to grow and spread for decades. In many ways, Biden, as a vessel of left-wing politics and modernist theology, embodies the crisis of the post-Vatican II Church.

But we now hear from a few murmuring bishops that the Church must address Biden’s unworthy reception of Communion. “US Catholic bishops may press Biden to stop taking Communion,” reads a recent AP headline. Nothing concrete, however, is likely to come from these complaints. The U.S. bishops, as a whole, lack the will to withhold Communion from Biden, even though canon law says that they not only have the right but the duty to do so. Canon 915 “obliges the minister of Holy Communion to refuse the Sacrament” to those in “manifest grave sin.” If Biden’s direct facilitation of the killing of unborn children doesn’t fall into that category, what does?

Biden, as a vessel of left-wing politics and modernist theology, embodies the crisis of the post-Vatican II Church.

For decades, dust has gathered on the unused canon law books of the bishops. We are not Eucharistic gatekeepers, they have said over the years, explaining why they don’t enforce canon law against enemies of Church teaching. Such a claim would have come as a surprise to the Church’s first bishops. Jesus Christ told the apostles that the good shepherd watches the gate, lest his flock be eaten.

By refusing to control the sacrament of Holy Communion, the bishops have allowed the Church’s enemies to control it. Biden, Pelosi, and company feel entitled to enter the Communion line and play the victim whenever anyone objects to that scandal. They demand autonomy for themselves in the political sphere while reserving the right to flout the rules of the Church. And because the bishops don’t enforce those rules, Biden and company can get away with this astonishing arrogance. This is one of the sad spectacles of our time — a Church that lacks the zeal to protect her own prerogatives as zealous politicians enlarge their own. Consequently, politicians feel free to lecture the Church on her own affairs while forbidding any role for “religion in politics.”

In 2004, then-Cardinal Joseph Ratzinger, as head of the Vatican’s doctrinal office, told the U.S. bishops to stop giving Communion to pro-abortion politicians. The pastor of a Catholic public figure who defies Church teaching, he wrote, “should meet with him, instructing him about the Church’s teaching, informing him that he is not to present himself for Holy Communion until he brings to an end the objective situation of sin, and warning him that he will otherwise be denied the Eucharist.” The bishops ignored his letter. The issue then completely disappeared after Pope Francis came to power. New York City’s Cardinal Timothy Dolan said, “that inflammatory issue is in the past.”

Now a few bishops seek to revive it, but their effort is bound to fail. At best, the upcoming June meeting of bishops will produce a timid recommendation that Biden refrain from Communion. But even that mere request won’t receive unanimous consent, given that the most influential prelates, the ones clustered around Pope Francis, are in the tank for Biden. They heartily support his reception of Communion. San Diego Bishop Robert McElroy routinely minimizes the significance of Biden’s collaboration in abortion, calling it just a “public policy position” at odds with teaching. Cardinal Wilton Gregory of Washington, D.C., seeks a “conversational relationship” with Biden and rejects out of hand denying Communion to him. Cardinal Blase Cupich of Chicago and Cardinal Joseph Tobin of Newark, the pope’s two bishop-makers for America, run interference for Biden, saying that the Church should pursue “dialogue” over confrontation. (Tobin, during the 2020 campaign, announced his support for Biden over Trump.)

Of course, no such dialogue ever happens. This is the so-called “pastoral” approach that has emptied out the pastures of the Church and exposed the flock to wolves. Future historians may find it perplexing that the most pro-abortion administration ever was headed up by a “Catholic,” but it is not. This scandal was a long time coming. Through laxity and heterodoxy, the bishops allowed a class of pro-abortion nominal Catholics to crop up, from Mario Cuomo to Joe Biden. And even at this late date, even as Biden takes direct aim at the Little Sisters of the Poor and other Catholics, the bishops still won’t take decisive action against him.