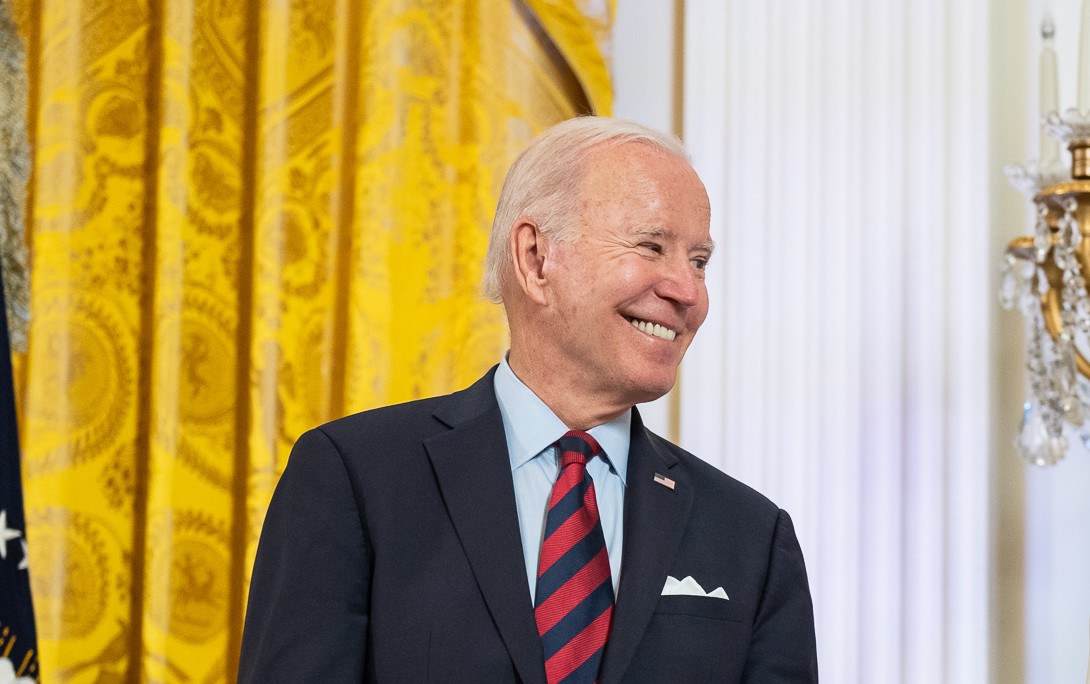 With friends like President Joe Biden, you don’t need many enemies. Biden made his bid to become the most militarily incompetent American president in history during the Afghan fiasco last August. He may lock in that distinction with his lukewarm support of Ukraine in its war with Russia.

Putin’s contempt for the irresolute American president has been validated in the past month. The Russians have adjusted their tactics to compensate for the poor performance of their troops and inept leadership by their generals by switching from a maneuver warfare approach to one of artillery-heavy attrition. Biden’s dithering response has not kept up and the Ukrainians are suffering unnecessary casualties as well as losing ground. In addition, our president insulted Ukrainian President Volodymyr Zelensky by claiming that he ignored Biden’s warnings about an imminent invasion in February. True or not, that accusation did not have to be made at this point.

The Russians have far more artillery and ammunition than their opponents. In a war of firepower attrition, the side with the most artillery and ammunition wins. It is a simple arithmetic problem, and Biden has proven incapable of doing the math. Kyiv officials estimate that the city needs at least 40 HIMARS long-range rocket launchers and the required ammunition to put them to use. The Biden administration has provided four. Meanwhile, our commander-in-chief is wringing its hands over the possibility that some rounds will land on Russian soil. In this, Biden is making the same mistake that another militarily incompetent Democratic president — Lyndon B. Johnson — made in allowing the North Vietnamese sanctuary on their own soil.

In addition, the Ukrainians are running short on ammunition for the conventional artillery pieces that they already have. One American excuse is that most of the Ukrainian artillery is Russian caliber rather than NATO standard. The concept of retooling some American factories during a time of near recession to make up the difference seems to be beyond the imagination of our president and his advisers. They have had four months to noodle that problem through, but the solution seemingly still eludes them.

Until the Ukrainians can match the Russians in artillery shell for shell and rocket for rocket, the Russians will gain ground and leverage at any future bargaining table.

There are two potential reasons for our failure to adequately support the proxy war in Ukraine, a war that should become a model for resistance to Putin’s westward expansionism. The first is simple incompetence and indolence on the part of Biden and his national security staff. Their performance in every facet of governance thus far is the best argument for this theory.

A second possibility is more sinister. It is quite possible that Biden is so afraid of initiating a shooting confrontation with the Russians that he is willing to settle for a peace that gives Russia a “fair share” of Ukrainian territory while maintaining some degree of independence for that imperfect but functioning democracy. This was the type of endgame that Finland suffered through in the 1940 Winter War when its vastly outmanned and outgunned forces fought the Russians to a standstill for months until their resources were exhausted. Although the West cheered on from the sidelines, no one was willing to risk war with the supposedly invincible Soviet Union to render meaningful support — the United States sent some obsolescent Brewster Buffalo aircraft. As in this war, the Russians have failed to take the entirety of the country. In the end, however, Moscow got strategic territory from an inoffensive Finnish neighbor.

It is quite possible that amoral “realists” in the Biden administration are arguing successfully that giving Zelensky just enough support to survive will lead to a less dangerous outcome than pursuing an endgame that will push the Russians back to the start point. In other words, the second answer may be pure cynicism.

What is happening could also be a combination of both possible answers. There is nothing more dangerous than a cynical incompetent.

Vladimir Putin has shown himself to be inept at waging a real conventional war, but he proved capable of managing a proxy one in Syria where he provided the Assad regime with enough support to defeat the Western-aligned rebels who were fighting for freedom. Along the way, Putin developed a disregard for President Barack Obama that has mutated into justified contempt for Biden. Putin ensured that his allies in Damascus always were better equipped than the rebels even to the point that Russians operated the planes and bombs delivering the firepower. Putin knew that Obama was not going to do anything useful to stop him.

Biden’s stingy parceling out of aid to Ukraine harkens back to an orphanage in a Dickens novel, and his administration’s vaunted sanctions have not moved Putin an inch. Closing McDonald’s in Russia was supposed to have helped to shock the Russian public into submission; it is now back under a different name. Moscow has also found willing buyers to replace any energy revenue it has lost during the war. Until the Ukrainians can match the Russians in artillery shell for shell and rocket for rocket, the Russians will gain ground and leverage at any future bargaining table.

To date, Ukraine has held up because it has had moral support from the civilized world and the Russians began the fight in an incredibly incompetent manner. However, moral support only goes so far, and Moscow’s generals have figured out how to maximize their material advantages. Even the most inept of bulls can kill a crippled matador.

Joe Biden is not a serious player on the international scene. Every major NATO leader has visited Ukraine. Biden sent his wife. If he does not figure out how to effectively fight a proxy war, Biden will have finally relegated the United States to Obama’s cherished goal of making our country “one of the guys” in the ranks of second-class powers. Biden has spent his entire career trying to be liked. Fear and respect have not been in the mix. Putin has grasped that and leaders in Beijing, Tehran, and Pyongyang are taking notes.

Gary Anderson is a retired Marine Corps Colonel who served as a Special Advisor to the Deputy Secretary of Defense.