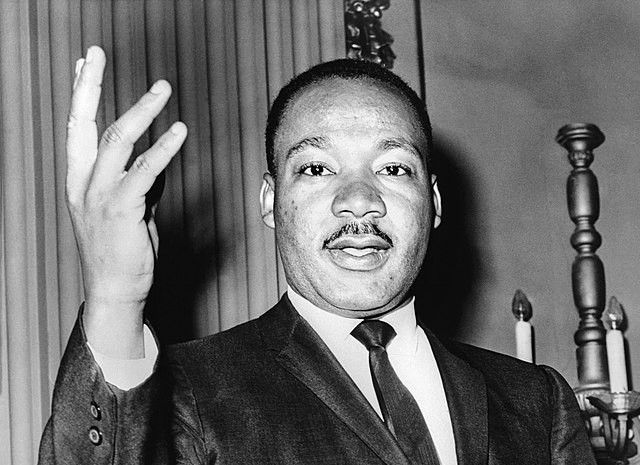 As America celebrated the federal holiday named in honor of Dr. Martin Luther King Jr., the sad reality is that the dream of integration celebrated by Dr. King in that famous 1963 speech — and elsewhere — is being flatly rejected by many in the quarters of the American Left.

Recall Dr. King’s famous line: “I have a dream that my four little children will one day live in a nation where they will not be judged by the color of their skin but by the content of their character.”

Say it again, Americans should “not be judged by the color of their skin but by the content of their character.”

Now take a look at these stories from recent years.

Then Slate reports this of the University of Connecticut:

The University of Connecticut announced recently that it is creating a living-learning community for black male students, drawing praise from researchers concerned with the low graduation rates of—and racism against—black men on college campuses, and criticism from those who view the plan as racial and gender segregation.

Over there at National Review was this headline: “Demands for Segregated Housing at Williams College Are Not News.”

The National Review story was written by Dion J. Pierre, a researcher at the National Association of Scholars. Pierre said this:

It is disturbingly common for American colleges, public and private, to offer segregated dorms, graduation ceremonies, and events.

Like Doc Brown’s Delorean in Back to the Future, many college campuses are racing back to the year 1955. On April 17, a student newspaper at Williams College endorsed ‘affinity housing’ for black students and other minorities — which is to say, it endorsed segregation. The students claim segregation will make Williams a “more welcoming, supportive and safe community for minoritized students.”

The newspaper’s endorsement received a lot of media coverage, but it was not really news. We at the National Association of Scholars (NAS) recently launched Separate but Equal, Again: Neo-Segregation in American Higher Education, a project examining racial segregation on college campuses such as Columbia University, Yale University, MIT, and others. Surveying 173 schools, we found that 42 percent offer segregated residences, 46 percent offer segregated orientation programs, and 72 percent host segregated graduation ceremonies. We call this “neo-segregation”: the voluntary and institutionally sanctioned segregation of minority students in the post–Brown v. Board era.

Now move from the segregation of colleges and universities to hurricanes. Yes … hurricanes. Here’s a headline from RealClearPolitics: “VP Kamala Harris: Hurricane Recovery Resources Should Be ‘Based On Equity.'”

This story reports this jewel from the current vice president of the United States in 2022, 59 full years after Dr. King’s call for a colorblind America:

Vice President Kamala Harris says relief to Hurricane Ian victims should be delivered “based off equity,” understanding that “not everyone starts out at the same place.”

Then there’s the U.S. military. Critical race theory, the decidedly racist business of teaching people to judge by skin color, is not only popping up at public schools — it is also appearing at the U.S. military academies. Legal Insurrection founder William A. Jacobson said this to Fox News:

The good news is that CRT and related ideologies have not yet captured the military service academies the way they have overrun higher ed, professional schools, and increasingly K-12. The bad news is that these ideologies have established a beachhead at the military service academies and are likely to expand as part of a more general military wokeness campaign from the top down.

Liberal values are therefore tossed out almost immediately. Kendi, a star professor at American University and a recent Guggenheim Fellowship winner, has no time for color-blindness, or for any kind of freedom which might have some inequality as its outcome. In fact, “the most threatening racist movement is not the alt-right’s unlikely drive for a White ethno-state, but the regular American’s drive for a ‘race-neutral’ one.”

And speaking of opposition to a “race-neutral” America, there is no stronger proponent in American politics for judging by skin color than President Joe Biden. Biden, to cheers from his Democrat Party, makes plain that he selects his appointees by race. (See: Harris, Kamala, and Supreme Court Justice Ketanji Brown Jackson).

Back in 2019, National Review’s Dan McLaughlin took note of Biden on segregation, writing this:

But in a political culture increasingly focused on past sins against racial and gender equality, Biden has long been sitting on a time bomb: his many enduring friendships and alliances with segregationist Dixiecrats. And by “segregationist,” I don’t mean “not totally on board with the progressive agenda circa 2019”; I mean the real-deal: signers of the pro–Jim Crow Southern Manifesto, “massive-resistance” bitter-enders, raisers of the Confederate flag on public property, you name it. The Senate Democratic caucus Joe Biden joined in 1973 was headed by a former Klansman, with notorious segregationists running virtually all the major committees. These men became Biden’s mentors and friends, and he had nothing but glowing words for them his whole career.

In fact, history reminds us that it is Biden’s Democrat Party which is the original American Party of Race. It was founded by slave owners, wrote in support of slavery in its first six platforms, opposed the 13th Amendment (which abolished slavery), and then authored all those Jim Crow laws that Alabama Gov. George Wallace so admired. Biden and his party have glided effortlessly from segregation to “identity politics” — the son of segregation. And they are busy overturning Dr. King’s dream by resegregating America.

On and on — and on and on — goes the Left’s thoroughgoing rejection of Dr. King’s call to judge others not “by the color of their skin but by the content of their character.”

In short, they are staunch advocates of the beliefs expressed in 1963 by a contemporary and adversary of Dr. King — George Wallace. It was Wallace who infamously said this in his inaugural address as governor: “I draw the line in the dust and toss the gauntlet before the feet of tyranny, and I say segregation now, segregation tomorrow, segregation forever.”

In The Autobiography of Martin Luther King, Jr. (edited by Clayborne Carson), Dr. King effectively answered Wallace and all those who supported segregation and judging by skin color. Wrote Dr. King, bold print for emphasis supplied:

Here is America a full 59 years after Dr. King’s appeal, not to mention on the anniversary of his birth, and the call for “segregation today, segregation tomorrow, segregation forever” is being championed by everybody on the left from President Joe Biden and Vice President Kamala Harris to America’s top-line colleges, universities, and more.

If the holiday celebrating the life of Dr. Martin Luther King Jr. is to mean anything, then Biden, Harris, and all the rest need to pay attention to what Dr. King’s life was all about. And they should be called to account.

Don’t bet the ranch on that happening. They need race to win elections — as their party has done right from its birth as the pro-slavery party.

In short? The more things change with Joe Biden and the Left, the more they stay the same.

What Would MLK Think About the Last Two Weeks?

Tragic Farce: The Origins and Destiny of Critical Theory