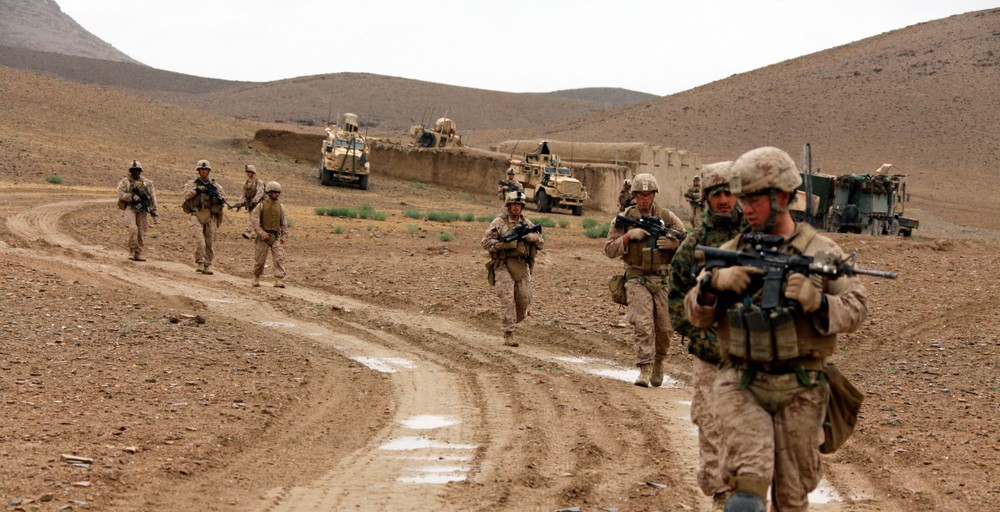 Editor’s note: This column was originally published on April 20, 2021.

President Biden’s recent decision to withdraw all remaining 2,500 American troops from Afghanistan by September 11 entails much more risk than reward.

The reward is principally political: on September 11, the president would be expected to stand at Ground Zero in New York at a solemn ceremony commemorating the horrific attacks on the World Trade Center and Pentagon 20 years ago to the day, starting at 8:46 a.m. — and there will be a death knell. Thereafter, he would be expected to speak at the Pentagon.

We can assume that the president will present himself as the president who ended America’s longest war, with an estimated 2,300 Americans killed out of total coalition fatalities of almost 3,600. When civilians, opposition fighters, and others are added, the number is at least 147,000. These ceremonies will provide a much-sought-after emotional catharsis, with the hope of putting 20 years of history behind us. The tragedy of American involvement in Afghanistan will be about pathos and things ineffable.

The risks of withdrawal, however, are manifold. First, without a U.S. and NATO presence on the ground, the likelihood of a determined Taliban takeover in Kabul is probably in due course. Throughout its history, Afghanistan has been comprised of warring tribes, with limited writ of authority on the part of a Kabul government; there is nothing new about the government of President Ashraf Ghani. The possibility of aid and comfort for al-Qaeda provided by the Taliban is also by no means remote. Accepting a U.S. withdrawal assumes that the U.S. will have enough intercept technology, unmanned aerial vehicles, other means of intelligence, and counterterrorist assets to prevent attacks against Western interests that may again be conceived inside remote caves. And while America’s predominance in electronic technology and weaponry may be comforting, do we really want to bet our life or a city on it?

Second, the Taliban is dominated principally by the Pashtun, a nationalistic Persian tribe. Estimates of the total Pashtun population are sensitive and hard to come by, but 45 to 50 million is a fair one, with over two-thirds living on the Pakistan side of the frontier, a porous so-called border named the Durand Line. (A current CIA estimate shows 37 million in Pakistan but does not address Afghanistan.) Like the Kurds, who live mainly in five countries but do not have their own, the Pashtun are a major ethnic group without a country. While the U.S. and NATO see Afghanistan mainly through the prism of defeating the Taliban, the essence of the challenge, historical and present, is Pashtun nationalism. Pakistan knows this well, and that is one reason why it has played a double game for years, deploying just enough counterinsurgency effort against the Taliban to ensure an inflow of U.S. aid, but not enough to seriously antagonize the fighters who will be around for a long time after the U.S. and NATO exit the theater. Pashtun nationalism will haunt the region forcefully, as it has for centuries, after the foreign armies leave.

Third, although Pakistan has demonstrated an ambivalent view of the Taliban at best, that country is in fact vulnerable to its anti-Western ideology. There is already a Taliban presence in Karachi, the largest commercial and industrial city in Pakistan, and there are well-known affinities on the part of the Pakistan Army and the ISI, its intelligence service. A Taliban takeover of Pakistan would be accomplished by an ideology, not by jihadist warriors toting AK-47s in dusty Toyota trucks.

Fourth, another major actor threatened by outreach of the Taliban, as well as by ISIS and al-Qaeda, is India with its nearly 200 million Muslims, albeit principally secular in nature. The Hindu-Muslim divide is a strategic fault line in Indian society, sometimes resulting in ghastly internal conflict. It extends to the Arab migrations in the seventh century after the death of the Prophet, followed by Turkish, Afghan, and Mughal authority resident in the subcontinent.

For years, India has sought so-called strategic depth in Afghanistan through economic and humanitarian aid and the training of the Afghan National Security Forces. A Taliban takeover in Kabul would not bode well for India in general, and it could also incite restive elements in Jammu and Kashmir, now under direct control of New Delhi as a union territory. This could give impetus to an established secessionist movement and potentially alter the architecture of South Asia — something neither the U.S. nor India wants.

In deciding to withdraw from Afghanistan, President Biden rejected the advice of senior commanders and the chairman of the joint chiefs of staff. They all know, better than anyone, the conditions on the ground and the mentality of the Taliban. The president’s was a political calculation, not an operational or a strategic one — and the risk to the U.S. and other countries in the region has increased.