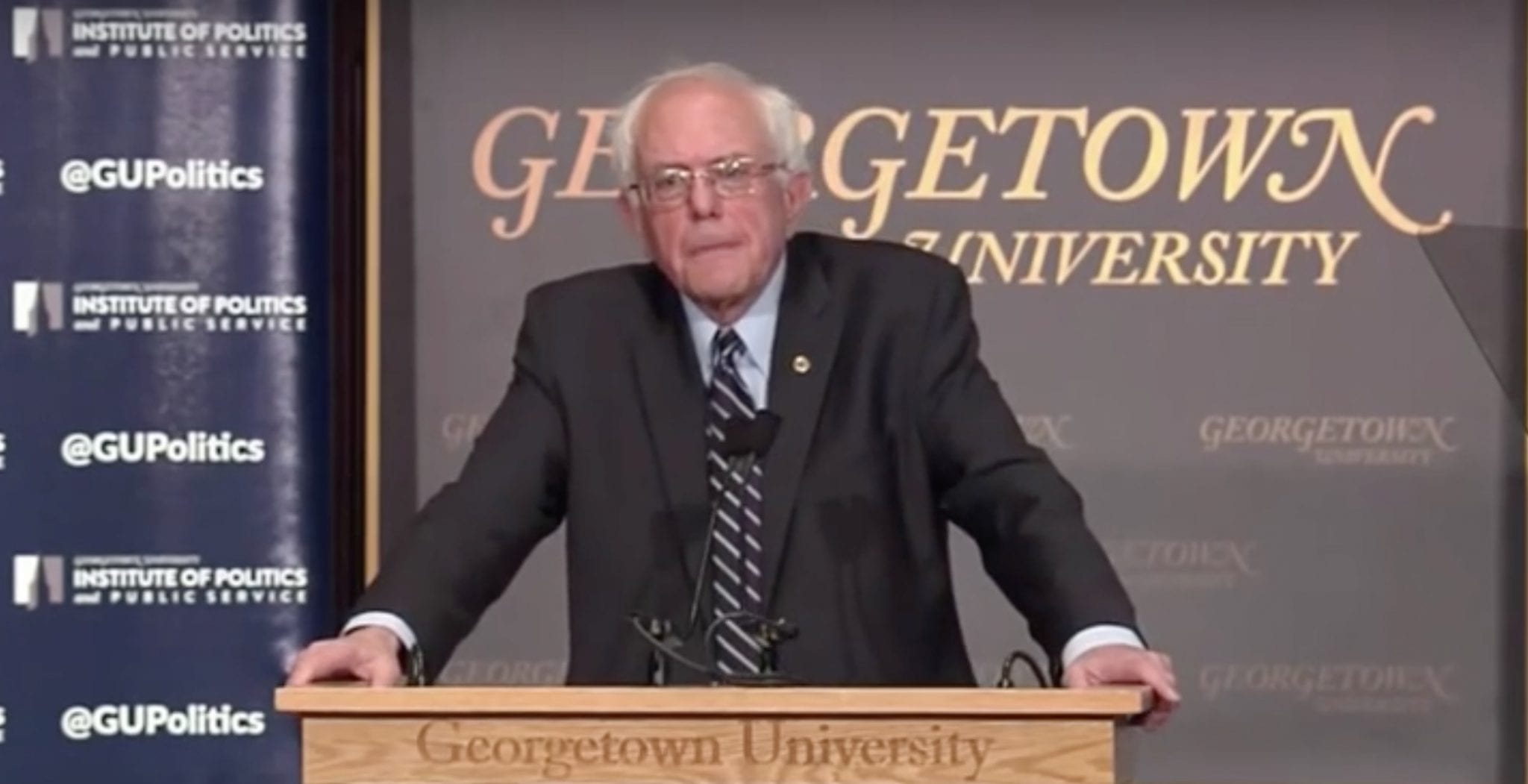 Not many presidential candidates in American history, outside perhaps a Eugene Debs or Gus Hall, would announce a presidential bid vowing to “transform the country” and complete “the political revolution.” Then again, not many candidates have been like Bernie Sanders, a lifetime socialist who, in the 1980 presidential campaign, when normal people were deciding between Carter or Reagan, served as a presidential elector for the Socialist Workers’ Party. And yet, this onetime Trotskyist and member of a Marxist-Stalinist kibbutz received 13 million votes in the 2016 Democratic Party primary, or 40% of Democrat votes.

In the few days since Bernie last week announced his resurrection of the revolution, various sources, including a local cable station in Vermont, have been posting blasts from Bernie’s past. These include extraordinary footage of his June 1988 Soviet honeymoon and his outlandish observations on everything from Cuba to Nicaragua. It’s a potpourri of political insanity. A mere glimpse of a middle-aged Bernie extolling collectivist glories from Managua to Moscow ought to prompt any rational human to not vote for him for dogcatcher of St. Petersburg let alone president of the United States.

Among Bernie’s wide-eyed whoppers, however, is one that ought to give every sentient American pause. Bernie dished this gem:

It’s funny, sometimes American journalists talk about how bad a country is because people are lining up for food. That is a good thing! In other countries, people don’t line up for food. The rich get the food and the poor starve to death!

Bernie’s statement is captured on videotape, which is good because it needs to be watched. One sees in Bernie’s demeanor the emotion, the eyes of an ideological zealot. He spoke those words with contempt. His look reminds me of scuffles in the 1980s with bearded, beady-eyed campus Marxists, the crazies that even my liberal friends walked away from.

Obviously, Bernie had it backwards: It’s in places like Castro’s Cuba, Mao’s China, Pol Pot’s Cambodia, Stalin’s USSR, Kim’s North Korea, Maduro’s Venezuela, that the party apparatchiks — the true one-percenters — dine like kings while the masses queue up or starve.

But what’s so remarkable about this particular Bernie statement is how truly Marxist it is. Anyone who has read Karl Marx knows what I mean. Again and again, Marx would level angry, bitter statements that followed this same “okay-but” pattern: Okay, people in [Commie Country X] are lining up for food, but in other [capitalist] countries there are rich people, and rich people, well, they’re cruel reptiles — and they make people starve.

Marx would constantly issue such pronouncements in service of a non sequitur intended to justify his destructive philosophy and program. It always concluded along those lines: Okay, but the filthy, stinking capitalists are worse!

The opening paragraphs of the Communist Manifesto are grounded in such binary simplicity. Marx and Engels opened their screed by dividing humanity into the “oppressor and oppressed… into two great hostile camps, into two great classes directly facing each other — bourgeoisie and proletariat.” They then started into their okay-but formulations:

Ah, okay. Well, then, we better ban all private property.

“Abolition of the family!” Marx and Engels moaned a few pages later, before justifying such stupidity with another big but: “On what foundation is the present family, the bourgeois family, based? On capital, on private gain. In its completely developed form this family exists only among the bourgeoisie. But this state of things finds its complement in the practical absence of the family among proletarians.”

Their next paragraph continued along those lines: “Do you charge us with wanting to stop the exploitation of children by their parents? To this crime we plead guilty. But, you will say…”

That led into Marx and Engels ranting against home education and “the bourgeois claptrap about the family and education, the hallowed correlation of parent and child,” followed by another “but…”

A few paragraphs later came the infamous section in the Manifesto on “communism abolishes eternal truths,” likewise checked with a bunch of “but” nonsense.

Page upon painful page of such gobbledygook. Marx and his ideas were and are infantile, as was his rhetoric. He thought and wrote and argued that way. And here was Bernie doing the same with his outrageous comment about bread lines. Both men, Marx and Bernie, wanted capitalism radically changed.

“Capitalism as an economic system has to be radically altered and changed,” Bernie said in another interview from this time period — in December 1987.

That raises the question: By how much? How much would Bernie seek to change it today?

Today, as a candidate for president, Bernie has toned down the rhetoric, though he still qualifies his socialism remarks with more buts.

“I don’t believe government should own the means of production, but I do believe that the middle class and the working families who produce the wealth of America deserve a fair deal,” he said in a November 2015 speech at Georgetown University. The speech invoked FDR and Martin Luther King Jr. in support of Bernie’s elusive definition of “democratic socialism,” which the Georgetown kids applauded like cheerleaders at a high school basketball game.

“I don’t believe government should take over the grocery store down the street or own the means of production,” said Bernie, “but I do believe that the middle class and the working families of this country who produce the wealth of this country deserve a decent standard of living and that their incomes should go up, not down.”

Not to be missed in this Georgetown speech: Bernie spoke of “socialism” in the context of “the political revolution.”

Alas, that’s the one thing we can be sure hasn’t changed. Whether in the 1960s, the 1980s, or today, Bernie Sanders is still banking on the revolution.