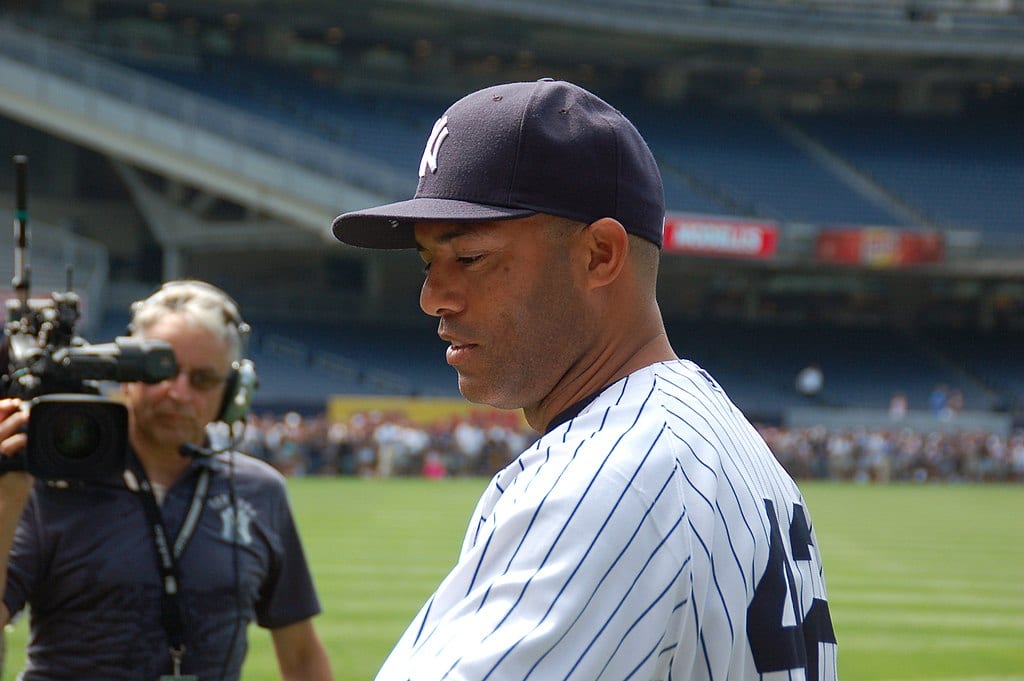 As the World Series approached a finale, I was in Panama City — the one with the canal, not the popular spring break destination of the same name in the Florida panhandle. With every television in every sports bar or lobby here tuned to the World Series, baseball’s power to bridge cultures is an observable phenomenon. Indeed, baseball has been America’s greatest sports ambassador and agent for social change.

In recent weeks, we have seen the NBA of Adam Silver and LeBron James awkwardly attempt to sidestep the obvious fact that the China of Xi Jinping is an oppressive, totalitarian state. The awkwardness is compounded when one considers the fact that under Silver’s watch the NBA has, more than any other American professional sport, engaged in endless social justice warrioring.

On the one hand, LeBron James, the face of the NBA, says that no NBA champion wants to visit the Trump White House, and on the other, he expressed no such qualms about visiting China in the midst of that country’s violent suppression of protests in Hong Kong. And while Silver has not (yet) bowed to pressure (from both James and the Chinese) to punish Daryl Morey for tweeting in support of Hong Kong’s protesters, he has said nothing to indicate his agreement with Morey’s sentiments about China’s outrageous human rights abuses. Silver was not so reticent to speak out against former Clippers’ owner Donald Sterling and to slap him with a $2.5 million fine and a lifetime ban from the sport for racist remarks. Talk about turning on your pivot foot.

Silver and the NBA have a PR problem of their own making, and they would do well to take a page from Major League Baseball, a league with a much longer and more successful history of exporting its product. Yes, baseball, not basketball, was one of America’s earliest and most enduring cultural exports. Invented in 1839, the game was being played widely in Latin America by the turn of the century. Long before the NBA was acquiring talent overseas, Major League Baseball was mining it south of the border. My host country at the moment is a microcosm of just how successful those efforts have been.

Prior to the 1946 and 1947 seasons, the New York Yankees traveled to Panama to play an 11-game series against the Panamanian national team and U.S. Armed Forces teams. Indeed, my father, then an 18-year-old member of the Navy’s lineup, played Joe DiMaggio and the Yankees in the Canal Zone. That game became for him one of the most memorable events in a life filled with memorable events. In attendance as spectators for these games were a young Panamanian and future Yankee named Hector López — “that’s when I really started thinking about playing professionally” — and the president of Panama, Enrique Adolfo Jiménez.

Panama has an interesting and largely ignored history with Major League Baseball. DiMaggio’s 1946 appearance in Panama’s Balboa Stadium was his first in a Yankees’ uniform since 1943; he had just been released from three years of military service. In addition to DiMaggio, most of the Yankees’ 1946 roster, including future Hall of Famers Joe Gordon and Phil Rizzuto, had, like DiMaggio, traded in their service uniforms for the pinstripes. The people of Panama City turned out en masse to see the Yankees play. Even practice sessions were heavily attended.

The Yankees were the first Major League team to play in Panama, but they weren’t the last. The Brooklyn Dodgers and Jackie Robinson played there in 1947 against, incidentally, DiMaggio’s Yankees. The two players and their respective teams met again later that year in the World Series, with the Yankees winning it in seven games for their 11th World Series championship.

In all, Panama, a country slightly smaller in area than South Carolina and with a million fewer people (approximately four million), has nonetheless sent 54 players to the Major Leagues. The MLB is similarly popular in Cuba, Mexico, Costa Rica, Colombia, Dominican Republic, Venezuela, Nicaragua, and so on, even when political tensions between the United States and those countries run high. Today, some 29 percent of players on MLB rosters were foreign-born, with a majority of those hailing from Latin America.

The point isn’t that baseball has a clean record on race and other social issues. Hardly. In 1945, for instance, New York Yankees owner and president Larry McPhail wrote an infamous letter stating that “there are few, if any, negro players who could qualify for play in the major leagues at this time.” Rather, change often came in dramatic and unforeseen ways, as McPhail’s letter unwittingly foreshadows, but come it did. When Jackie Robinson took the field for the Dodgers in 1947 and laid bare the faulty logic of McPhail’s reasoning, the door to integration had been permanently opened because teams wanted to win. The free market and the increasingly obvious talent in the Negro Leagues did the rest.

As representatives of American ideals — be it at home or abroad — American athletes are at their finest when they are simply Americans doing what they do best. That they are Americans with all that entails — free, fiercely individualistic, proud, competitive, opinionated, often good-natured — others cannot help but see.

Jesse Owens, in what was probably the greatest expression of American sports ambassadorship, articulated no policy on Nazi Germany, he just ran and beat them as the whole world watched.

After Sam “Bam” Cunningham led his integrated USC team to victory over the University of Alabama’s all-white team in Birmingham in 1970, Alabama assistant coach Jerry Claiborne said that Cunningham “did more to integrate the south in 60 minutes than Martin Luther King, Jr. did in 20 years.”

And who can forget Jim Craig wrapped in the American flag and chants of “USA! USA!” after the U.S. hockey team, which was essentially composed of a bunch of college kids, shook the very foundations of the Evil Empire when they beat the seemingly invincible Soviet team at the Lake Placid Olympics in 1980?

I have seen it firsthand. I was in Paris in October 1991 when the Los Angeles Lakers took France by storm. It was a sight to behold as “Magic” Johnson was mobbed on the Champs-Élysées as French elites hilariously insisted that the French weren’t interested in the American sport that was manifestly popular with many citizens of that country. Warm, congenial, and charismatic, a dozen Adam Silver press conferences or LeBron James tweets could not accomplish what Magic Johnson did that day not only for the NBA but also for French perceptions of Americans. There was no calculation, no foreign policy he was pursuing. Magic was just being the open and outgoing American that he is.

So it was with the Yankees in Panama. Baseball historian Joe Trimble writes, “Panama liked the Yankees and the Yankees liked Panama.” To this day, baseball is Panama’s national sport, eclipsing soccer, and the Yankees are this country’s favorite MLB team. That is no mere coincidence.

After a month of bad press, Adam Silver attempted to put the China controversy to rest last week:

We have no choice but to engage and to attempt to have better understanding of other cultures and try to work through issues. What better way than through sports?

The “better understanding” that Silver seeks won’t come at a negotiating table, and it won’t happen with Xi Jinping’s regime. The powers-that-be in China understand the United States and democracy very well and want none of it. Change, rather, will come when the NBA’s sanctimonious types like Gregg Popovich, Steve Kerr, Stephen Curry, and LeBron James get off their collective high horse and simply play and coach the game and carry on like Americans in the manner of Owens, Robinson, Cunningham, Craig, and Johnson.

In this instance, actions speak louder than words — or, as the case may be, tweets.

Larry Alex Taunton is the executive director of the Fixed Point Foundation and a freelance columnist contributing to USA Today, First Things, the Atlantic, CNN, and The American Spectator. He is also the author of The Grace Effect and The Gospel Coalition Book of the Year The Faith of Christopher Hitchens. You can subscribe to his blog at larryalextaunton.com.