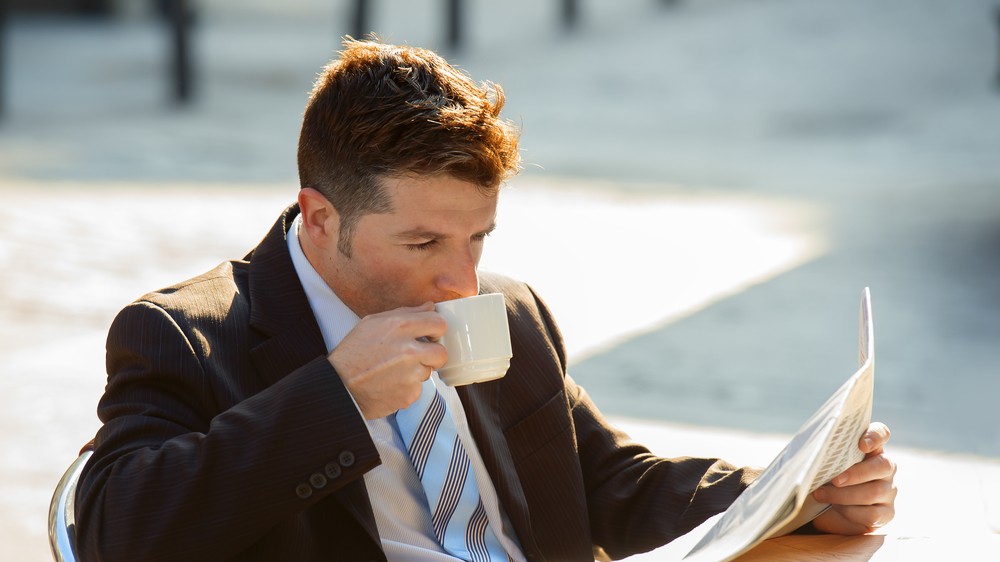 I was right. I have been right for over 50 years. Through those at times lonely years, I have been patronized by affluent magazines and newspapers for setting up The American Spectator as an organ of opinion that eschewed making a profit. I would cover our expenses in other ways. I did not ignore making a profit, but I had studied the plight of intellectual reviews and recognized that an intellectual review, like a symphony orchestra, like a museum, like a think tank, rarely makes a profit. There simply is not a large enough audience to profit from putting out an intellectual magazine. But intellectual magazines are valuable products.

Well, now as more and more once-affluent magazines and newspapers are going belly up or seeking other ways to finance themselves, I am feeling pretty good about how I decided to finance The American Spectator when I was still a graduate student at Indiana University decades ago. The latest group to go the nonprofit route is the legendary Baltimore Sun. Yes, that 184-year-old newspaper, the fabled home of H. L. Mencken and a dozen or so lesser giants of journalism, will now be owned by the nonprofit Sunlight for All Institute. Bear in mind, the Sun is not even an intellectual review. It serves the hoi polloi, or at least the general public who aspire to getting their news and commentary in a more demanding medium than the evening’s half-hour televised news report, interrupted by 10 or 15 minutes of commercials.

As I understand it, a local businessman, Stewart Bainum, has struck a deal to buy the Sun for $65 million. He is a competent entrepreneur but seems to understand newspapers are no longer surefire profitable monopolies in a city such as Baltimore. He will do what he can to keep the Sun lean and in fighting trim, but will not cut the newspaper’s staff and costs to the bone. When he has to go over budget to produce a useful newspaper he will do so, and the Sunlight for All Institute will foot the bill. He will take the loss as a tax write-off.

Other newspapers and magazines have done the same. Bainum and others like him realize that advertising revenue has, thanks to the computer revolution, gone elsewhere. In effect it has ruined an entire market, the market for newspapers. Not only has the market for newspapers been disturbed, but the consumers of newspapers have dwindled. Television has ultimately won the war between the newsprint and the television set. Yet, as Bainum knows, the newspaper reader is vital to an enlightened community. The newspaper readers might not be as numerous as they once were, but for the sake of a healthy, robust society they must be maintained.

Interestingly Bainum is, as near as I can tell, a liberal, a public-spirited liberal but a liberal. Whether he intends the Sun to serve both the liberal community and the conservative community of Baltimore I have no clue. I have worked with conservative people all my life, and it does not surprise me that when a businessman decides to save a newspaper his politics are most likely liberal. Dick Scaife, the conservative philanthropist who gave liberals nightmares, was a rare conservative. He adored newspapers, and he funded one in Pittsburgh and other publications too. There are few Dick Scaifes around today. Nonetheless, if Bainum wants a healthy community he will want a healthy give-and-take between liberals and conservatives.

Whether this can be achieved in this day and age of internecine political warfare I have my doubts. Possibly Bainum can keep his news pages neutral, as the Wall Street Journal does. Then he might open two pages of commentary, a liberal page and a conservative page. More likely, he might maintain a balance between those columnists on the left and on those on the right. Whatever he does, his editors will be busy.

Regardless, saving the Baltimore Sun is a noble endeavor. Saving print journalism in general is a noble endeavor. I think the Founding Fathers would approve of Bainum’s efforts. What they would make of the computer age I have my doubts. I think even Benjamin Franklin would be puzzled. My guess is, he would give his brainchild, electricity, a second thought.