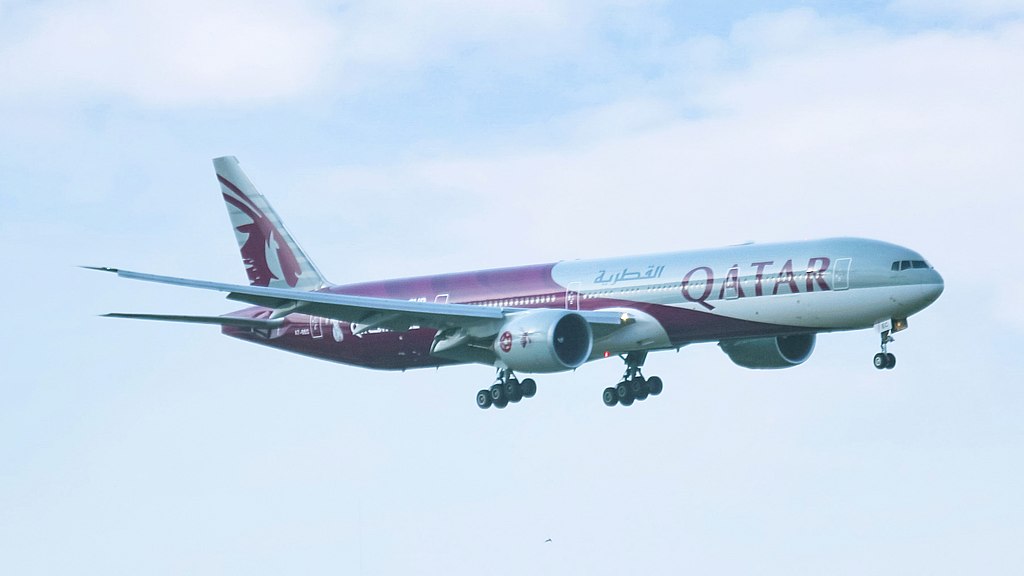 The latest outrage from Qatar, site of the 2022 World Cup, is not that beers will set you back $14 a pop. Which is outrageous indeed, even for a tall boy. Or that sales thereof may be limited to four a day. Premier League soccer fans have that many under their belts before their face paint is dry.

This is not what the 1.5 million soccer fans descending on the desert kingdom for the quadrennial event signed up for — or Ab InBev, the parent company of Budweiser, the exclusive beer purveyor. The initial agreement was for beer to be available at the stadiums, as well as in the hotels and a place called the Fan Zone, an open-air sprawl of pavement where as many as 40,000 will congregate to view the games on huge outdoor screens (bring a helmet in case the Dutch show up). The Fan Zone and the hotels are still wet, but stadiums will be dry, except for the executive suites, where the FIFA suits will be awash in suds, and the bubbly and hard stuff to boot (another reason fans so love FIFA!).

Depending on how things work out over the next month, Qatar might serve as a template for how to run these huge soccer events: all events compressed into one geographical area.

And so, the first World Cup ever to be held in a Middle Eastern country, tiny Qatar, gets off to a rocky but, at least, somewhat sober start. The kingdom is governed by a hereditary emir with total control over all governmental decisions who follows Wahhabism, the ultraconservative form of Islam also adhered to in neighboring Saudi Arabia. It may be exhibit A of oil wealth (or at least exhibit B; there are also the United Arab Emirates and Bahrain) transformed by a 1990s natural-gas boom into a desert oasis of gaudy high-rises, sumptuous hotels, immense malls, and exorbitant personal wealth (average income of native Qataris is about $129,000 per annum).

But for all its opulence, the nation still faces internal pressure to hew to its Islamic heritage and Bedouin roots. How the natives — adherents of this stringent form of Islam worried about “dangerous and depraved revelry” — will countenance hordes of Western soccer fans, some no doubt practicing their “traditional” pastimes of hooliganism and public inebriation, remains to be seen.

But beer drinkers are not alone in their gripes. Human rights observers have been up in arms since 2010, when FIFA awarded the Cup to the petroleum state, where press freedoms are restricted and even muted public protest can garner a prison sentence. The treatment of migrant workers, brought in by the thousands from countries like Nepal, Bangladesh, and Pakistan to build the needed hotels and stadiums, has also gained notice for alleged mistreatment: substandard wages and housing, working inhumane hours with no days off, even for years being forced to work in summer temperatures in the 110s. Also, don’t look for too many rainbow pride flags flying in the stadiums either, as Qatar is notoriously tough on the LGBTQ+ crowd, criminalizing same-sex relationships.

Which brings up the big question: Why is Qatar hosting this thing in the first place?

Some things make sense. It is an autocratic country intent on improving its reputation in the world. How better to plump its world standing than to host one of the planet’s two greatest international sporting events? “Sportswashing” is what it’s called, and it is the province of repressive regimes the world round. China and Russia hosting Olympic Games and Saudi Arabia sponsoring the LIV golf tour stand out among other examples.

On the practical side, hosting an exorbitantly expensive sporting event is far more doable in a nondemocratic country. Government officials must surmount fewer political hurdles; they don’t have to worry about what the people think about a huge outlay of public money.

Also, let’s face it: As long as that big lake of black gold is sitting under the sheiks’ tents, $229 billion, which is what hosting the Cup has cost Qatar and which is approximately $226 billion more than the amount South Africa spent in 2010 to do the exact same thing, is no sweat off a camel’s back.

But granting a nation with absolutely no soccer legacy whatsoever this prestigious event, and allowing that nation to move the proceedings from summer, when it has always been conducted, thus not disrupting European leagues’ regular play, to November and December, smack in the middle of the European leagues’ schedules … you have to figure that something else was going down. Well, something else was. It’s called corruption — bribery and kickbacks. The fact is, nobody does payola like international soccer (unless it’s the Olympics), and there have to be some pretty greasy palms over at FIFA HQ.

The Cup opened Sunday with host Qatar facing off against Ecuador and will continue for 29 days, four matches a day during pool play, after which games are more spread out, all culminating on Dec. 18 in the grand finale. What we’re looking at is a solid month of international soccer. It will be of the highest caliber, the best the world has to offer. Those venturing to the desert kingdom will have 1.5 million fellow enthusiasts present with whom to share their passion, and those staying home will gather around their big screens en masse to cheer their squads on in a two-fortnight feast of “the beautiful game.” What’s not to like about that?

And it looks like the smallest country ever to host the World Cup is doing a few things right. First, it has made good on many of the civic improvements it promised in order to get the bid. The country fulfilled its transportation pledges, building a big airport, which is now a major hub; constructing a functioning port; and laying down a light-rail train line, the Doha Metro, which now links the soccer stadiums used in the event. The stadiums are located within a 43-mile area, all within roughly an hour’s drive, which will allow fans to putatively attend more than one match a day — a luxury impossible at other World Cups, where venues were often hundreds of miles apart.

A common complaint of such huge events, both World Cups and Olympic Games, is the detritus left behind, namely, unusable sporting venues. The Olympics are famous for such white elephants; Sarajevo, site of the 1984 Winter Games, is littered with Olympic ruins.

Doha, when the Cup was awarded in 2010, was home to a grand total of one soccer stadium. In the past 12 years, seven additional stadiums have been thrown up — one, literally so: Called 974 Stadium, this 40,000-seat facility is composed of shipping containers — 974 of them — that, upon tournament’s completion, will be disassembled and sent on its (their?) way. The other six venues have been built with a similar sustainability conscience: About half of their seats will be collected after the event and shipped to soccer-needy countries, and the stadiums themselves will be either repurposed (into hotels and so forth) or removed. Only one will remain as a soccer venue.

The stadiums themselves deserve a double take. Al Bayt Stadium looks like a big nomadic tent; the Lusail Stadium looks like the mouth of a sandworm from Dune; another venue’s design is based on the sails of dhow boats; another is the Al Thumama Stadium, designed to look like a gahfiya, an Arabic hat worn by men and boys in the Middle East.

Depending on how things work out over the next month, Qatar might serve as a template for how to run these huge soccer events: all events compressed into one geographical area, with an efficient transportation system to convey fans between venues and ample hotel space. That prospect sounds pretty attractive.

Of course, in the future it would have to happen somewhere in the free world. Somewhere they can play soccer in June and July.

And somewhere that allows beer.