In Search of Wisdom Anti-Semitism,Hamas,Israel,Kanye West,Palestine Appropriating Those You Hate - The American Spectator | USA News and Politics
Menu
In Search of Wisdom
Appropriating Those You Hate
The Palestinian Authority appropriates the history of the Jews as their own.
by Shmuel Klatzkin
Palestinians supporters of Hamas attend an anti-Israel rally in Gaza City, on May 25, 2021 (Anas-Mohammed/Shutterstock) 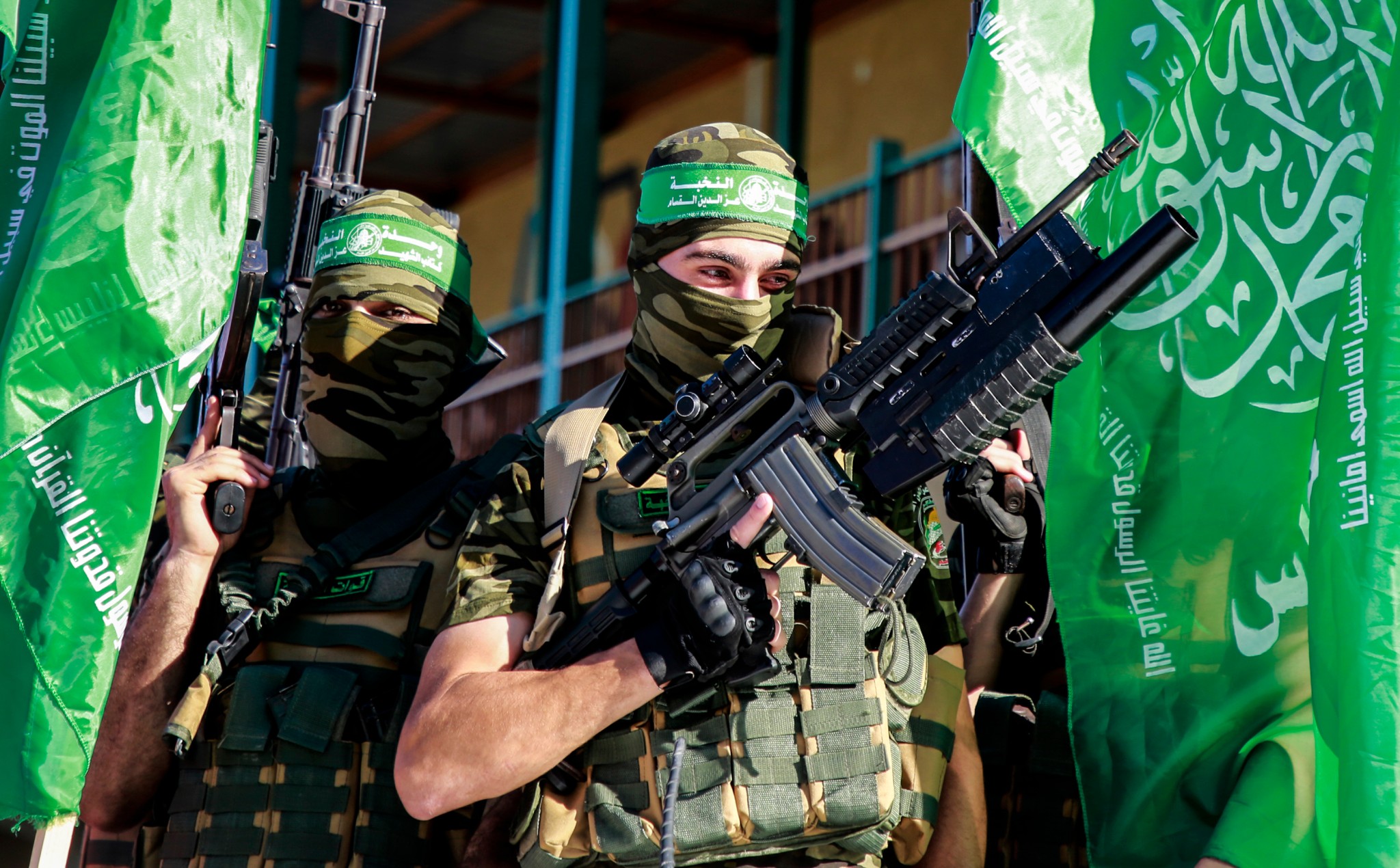 There is a certain thanks that we owe to straightforward hatemongers. We know that hate is what they do. Either we buy into it, just like the paid-for scientists who, working for the Tobacco Institute 60 years ago, got smokers to buy their fiction about smoking’s harmlessness — or we don’t. We could make up our minds about Hitler fairly straightforwardly, and his regime lasted only 12 years — 12 too many, to be sure, but still 988 years shy of a thousand-year Reich.

Glick writes: “This is the reason that the Palestinians refuse to accept Israel’s right to exist.… Their fake history will be indefensible if they acknowledge that Jews are indigenous to the land of Israel, that Israel isn’t a colonialist outpost but the only homeland the Jews have ever known.”

Communism, on the other hand, tries and often succeeds in muddying the waters. The most ruthless imperialist power in the world put the other nations on their heels with its constant accusations of imperialism; a state that killed tens of millions of its own citizens and enslaved many more threw up a smokescreen of civil rights, boasting of a constitution that contained language such as this (translated from the original):

ARTICLE 124. In order to ensure to citizens freedom of conscience, the church in the USSR is separated from the state, and the school from the church. Freedom of religious worship and freedom of antireligious propaganda is recognized for all citizens.

ARTICLE 125. In conformity with the interests of the working people, and in order to strengthen the socialist system, the citizens of the USSR are guaranteed by law:

Even the briefest reading of Solzhenitsyn or any of the many who have exposed the vicious reality of Soviet tyranny exposes this as a cynical, humorless joke.

With today’s avalanche of anti-Semitism, there are a few troglodytes who take the old road. (Nick Fuentes, take a bow.) They make no bones about their hatred and they only appeal to a tiny percentage of people.

The more difficult battle is with those who try to appropriate the history and cause of the Jewish people and use it as a weapon, learning from the success of communist anti-Semitism in passing itself off as a glorious fight for the national rights of an oppressed people.

Columnist Carolyn Glick wrote powerfully of this strategy in a Dec. 1 article for the Jewish News Syndicate. She points to the history of the people of Israel and their presence in the land dating back millennia, a presence attested to by the Bible and archaeology. Dispossessed of the land by imperial conquest, but still maintaining a tiny foothold in which they were always at best second-class citizens, most lived a life in exile.

There, they ran into another form of imperialism. The people had no land to take, but the books, the history, the dignity, and the identity all had power, and there are people in the world who believe that they can take those away if they have the power.

All too often, a common theme in their hosts’ cultures was that the hosts themselves had become the true Israel and that the religion of the host was the true religion of Israel. When this logic played itself out completely, as it often did, then the mere act of Jewish survival and constancy to their religion and way of life would be deemed a mortal offense. The result is a long, long list of stripping of rights, expulsions, pogroms, blood-libel charges, and finally, outright war on a civilian population aimed at its extermination.

One would know none of this history were one to listen to the kleptocrats of the Palestinian Authority and the bloody barons of Hamas. They appropriate the indigeneity of the Jews. They who do not tolerate the presence of a single Jew in the lands that they control, and who expelled surviving Jewish populations wholesale whenever they won territory in their wars against the Jews, loudly proclaim that it is they who are suffering from intolerance. As they deliberately vandalize archaeological sites and ancient artifacts so as to expunge the earth of the Jewish history it reveals, they trumpet in various UN forums and in their media that the Jews are “Judaizing” a Palestine that they claim to have occupied since time immemorial. Strangely, Palestine is utterly absent from the historical record until the Jewish return to their ancient home accelerated in its pace after World War I. Left largely barren and empty, as attested to by Mark Twain and other mid-19th-century visitors, it wasn’t even called Palestine by its Ottoman rulers, who considered it a part of Syria.

Lacking that connection of a distinct people to that distinct land, they pretend their future intention of a land free of Jews is the past reality. To do that, they appropriate the history of the Jews as their own.

This is the reason that the Palestinians refuse to accept Israel’s right to exist, at all costs. Their fake history will be indefensible if they acknowledge that Jews are indigenous to the land of Israel, that Israel isn’t a colonialist outpost but the only homeland the Jews have ever known, one to which they retained their attachment over 2,000 of exile and dispossession by the imperial powers across history. The Palestinian cause only makes sense if Jewish history, nationhood, heritage and faith are denied and Jews are demonized for refusing to accept their erasure.

There have always been those who have listened to their better angels. Even before the modern age, people like Pico della Mirandola and Johannes Reuchlin showed that one could learn better and profit better by the good-faith exchange of ideas and respectful recognition of the broad path held open by the deity who is the God of all. A century later, scholars in Britain and Holland, with a similar broadness of spirit, traced their own quest for political freedom back to Biblical and rabbinic roots and provided a powerful push toward a constitutional government by the people. One people can learn from another, being inspired and challenged by the best in its history, literature, and example. We are foolish not to do so. It is a great good.

The great figures of freedom have had no patience with appropriation and its nonsense. When John Adams caught a whiff of it in his correspondence with Jefferson, he wrote back passionately defending and praising the Jewish contribution, which he esteemed as a Christian:

Lincoln intervened in the Civil War to stop an expulsion order against the Jews; its contrite author, later to accept Lee’s surrender and be elected president, used the power of American diplomacy to get Romania to stop its violent pogroms against its Jews. Americans shed their blood and spent their fortunes to defeat the hideous Nazi empire. And America recognized the State of Israel within minutes of its birth and has grown into its firm ally.

As anti-Semitism rises around the globe, as it has been given a place in Congress again by the odious Squad, as its poison is imbibed by people like Kanye West, and as it is injected into the minds of students through the intersectional woke propaganda that has established itself in strength in our institutions of education, it is clear that the great achievements of the past are not enough — we must fight for freedom and all that it stands for again.

Key to success is understanding the great difference between learning and growing from each other on the one hand, and illegitimate expropriation (the more accurate word) of others’ identities on the other. The way of freedom values each person’s unique gifts and values them as enriching everyone. The path of hatred and tyranny is eternally envious and ready to rob and destroy what it can no longer rob.

How interesting that in Biblical Hebrew, the term for such robbery is hamas.