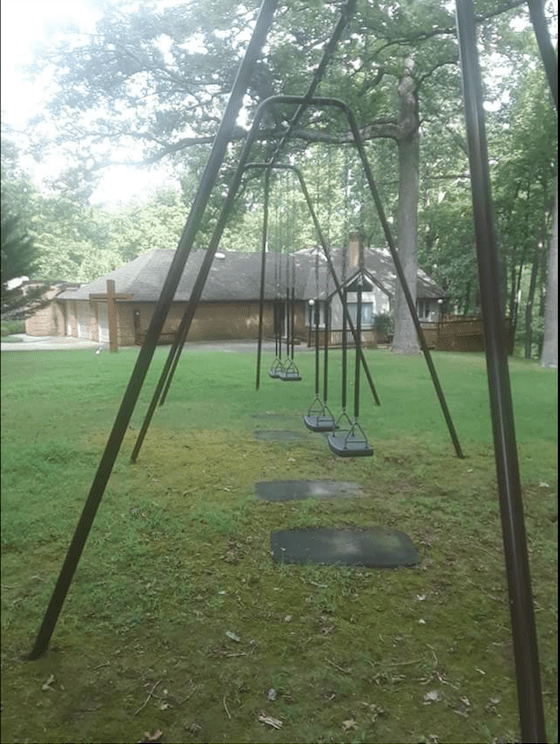 I have discovered the DC archdiocesan safe house where Theodore McCarrick stashed Cardinal Law in 2003 before Law’s soft landing in Rome. The swings are an ironic touch. The house is in Clinton, Maryland on Wolverton Lane. The home is owned by the archdiocese of Washington. It was a gift from the Mona family. The Religious Sisters of Mercy, who work for Donald Wuerl now, occupy a home near this one on the property, though I’m told the sisters sleep in DC during the week while working for Wuerl (some of them may go to Catholic University).

Law stayed here a few months before heading to Rome.

Does Wuerl ever stay here? Or McCarrick? Or any of their compromised pals? Those remain open questions.