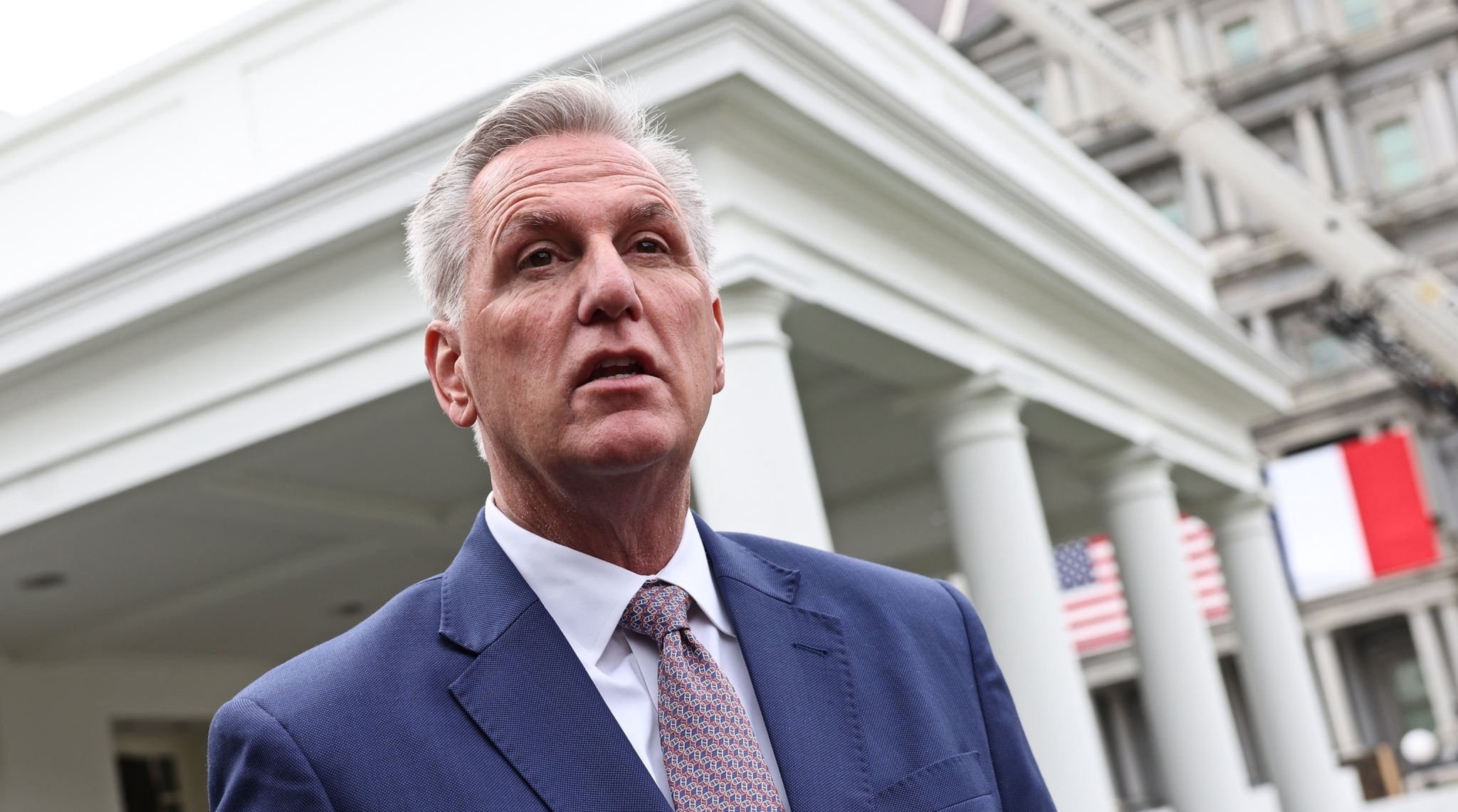 Hopefully, it will prove easier for House Republicans to govern than it has been for them to elect a speaker. There is good reason for such hope because the enemy no longer will be Kevin McCarthy and the Ghosts of Republican Speakers Past but instead Joe Biden, the Ghost of Nancy Pelosi, and the specter of a Diversity-Equity-Inclusionary BIPOC-LGBTQIA+ Kamala-Buttigieg ticket. That should end the GOP divisions and even restore amicable relations between Lauren Boebert and Marjorie Taylor Greene.

The Republicans now have a House majority. With power comes arrogance and madness. If they replay past foolishness when the opportunity to govern was theirs, they will pay heavily once again. Thus, no funding for bridges to nowhere. No excesses in pork. No mushy McCain–Bush compromises on border security but, instead, restoring immigration laws as though the United States actually were a real country like Mexico, Tuvalu, Palau, and Nauru. No forgetting that the corruption and perversion of elementary-school education are what motivated many fence-sitters to elect them.

The Republicans must not use their majority to forget that most of us do not live along the Beltway, do not speak its jargon, and do not care about its internecine squabbles. Rather, we care about eight things:

Most Americans are not politically literate. They are willing to settle for sub-mediocrity. Need proof?  They elected a lifelong liar and cheat, an often doddering and confused gent who needs to be directed offstage by a costumed bunny rabbit, to be president.  When he goes anywhere, he presumably turns to Dr. Jill Biden and asks, “Eh, what’s up, Doc?” And, for his Numero Duo, they selected The Giggler.

House Republicans must begin sending one bill after another to the Senate and to Joe Biden’s desk.

More proof of American political illiteracy? Americans basically reelected all incumbent senators and governors in the midterms despite whining for two years about how badly America is on the wrong track. This is instructive, more so than analyses about Trump or abortion. People who vote as Americans did this past November did not manifest a change toward the left or right but toward their own continued political illiteracy: “We are miserable and seasick, so let’s continue, straight on course, aiming for that iceberg!” They elected a John Fetterman in Pennsylvania, knowing fully what he is and is not. And they elected a George Santos (assuming that is his real name) in New York not knowing fully what he is not or is.

The Republican House must understand that these are the people whom they represent and serve. And whose votes they will need again in two years.

Thus, voters do not care about the national debt. Thirty trillion, forty trillion, a trillion trillion. Talk to the hand. The debt does not impact average American voters in a way they can grasp because it has to do with numbers and commas and stuff. This willful ignorance has been true for decades. But they do care very much about knowing with certainty that their Social Security and Medicare will not be touched. A smart GOP will understand this, despite classical conservative fiscal principles. Make it clear that those two programs are sacred to Republicans, too.

Americans do not grasp the ramifications of China increasing her military strength and potentially threatening Japan and Taiwan. They have forgotten those murdered in Afghanistan during Biden’s botched withdrawal. But they do care very much about canceled Thanksgiving, Christmas, and New Year’s vacations because a puny small-town mayor runs a Department of Transportation that is sky-high above his pay grade. Two months’ maternal or paternal leave amid a paralyzing supply-lines crisis. Private jets for himself and his husband. Rising to the level of his incompetence: Call it the “Pete Principle.”

To succeed over the next two years, Republicans must aim as follows:

House Republicans must begin sending one bill after another to the Senate and to Joe Biden’s desk. Of course, Senate Democrats will filibuster them, Biden will veto any that get through, and House Republicans will not have the votes to override. That all is fine. That is perfect. Put Joe Manchin of West Virginia, Jon Tester of Montana, and Sherrod Brown of Ohio on record as often as possible. Arizona will take care of itself.  This practice will educate Americans in the clearest of terms as to where the parties stand and how they differ on the issues of the day. Republicans not only will honor their promises to the public and advance their declared agenda but also will earn the right to govern in 2024 and beyond.

Whoever their speaker is.

Seven New Year’s Resolutions for the GOP in 2023